The goal of game is to rearrange the tiles so they are in order from 1 to 8. This game is made for two people, and keeps track of each player's score and determines a winner after both players have gone.

If a player gets stuck during their turn, they have the option to re-randomize the board to help them get unstuck (the timer does NOT restart).

You can play the game here.

When the game loads, the page will prompt both players what their names are.

When the player 1 start! or player 2 start! button is clicked, the board is randomized and the timer will begin counting. 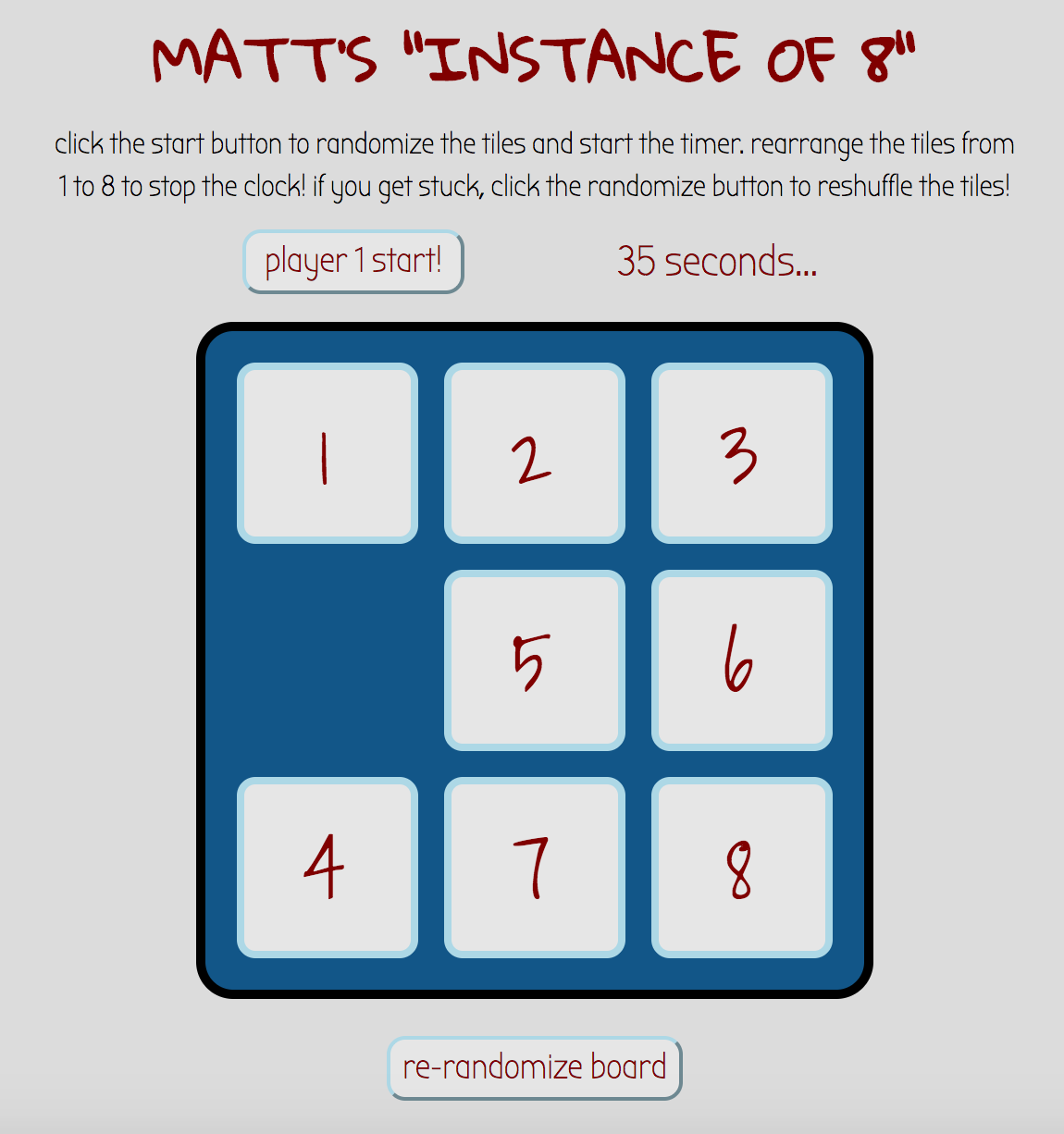 When a player finishes the puzzle, an alert will pop up telling them they have finished and will show them their final time.