Purely functional programming language with an ultra minimalist syntax that uses prefix notation to apply functions and operators within expressions. 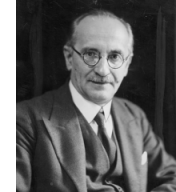 Jan is a purely functional programming language with an ultra minimalist syntax. It is named after Jan Łukasiewicz, a Polish logician and philosopher creator of the Polish notation, also known as Prefix notation, which is a form of notation for logic, arithmetic and algebra. The distinguishing feature of this language is that it places operators to the left of their operands. Given that the arity of the operators and functions in the language is fixed, the result is a syntax lacking parentheses or other brackets that can still be parsed without ambiguity. Although Jan is a general purpose language, it is mostly intended to be used as a tool for learning functional programming.

The language has the following characteristics:

A program written in Jan consists of a set of functions. A function consists of a set of expressions that are evaluated sequentially. An expression is a combination of explicit constants, parameters, operators and functions that are evaluated to return a value (or an empty result). The language follows the off-side rule to define its syntax (i.e., blocks are expressed by indentation marks). A Jan script should have a .jan extension.

Functions in Jan have a name (unique within the program), a list of parameters (if any) and a list of expressions that will be evaluated sequentially. When a function is called, the interpreter evaluates the expressions in the order that they were defined. If an expression returns a value (i.e., it does not return an empty result), the function finishes and the result of that expression is returned.

Notice that the expressions are indented using the tab character and the formal parameters are not separated by commas but by a whitespace.

Here is an example function that compares 2 numbers:

There are two types of expressions:

Simple: the condition is evaluated and if it is true, the expression returns a value, otherwise the execution continues to the next expression.

The previous expression can be read as: if n is equal to zero then return the string "N is zero"

All functions must contain at least one expression and the last (and only the last) expression in the list must be:

Expressions must be written using prefix notation (i.e., operators are placed to the left of the operands) and there must be at least one whitespace between operators and operands.

Jan contains a set of built-in operators to be used within expressions:

All the arithmetic operators receive numbers as input and return a number as a result.

These two comparison operators receive either two numbers, two booleans, two strings or two lists as input and return a boolean as a result.

The rest of comparison operators receive two numbers as input an return a boolean as a result.

All logical operators receive booleans as input and return a boolean as a result.

In both conditional operators, the result of evaluating the first expression (in the examples: a) must be a boolean value.

A program can import another program located in a file using the $ symbol. For example:

The path of the files can be expressed as relative (to the current program) or absolute. This feature is not implemented yet.

The language allows in-line comments using the ; symbol. For example:

The language has the following data types:

There are two types of numbers:

Integers: whole numbers expressed in base 10, for example:

Floats: decimal numbers expressed in base 10, for example:

Notice that floats should be expressed like this 0.123 instead of .123

Boolean constants are defined as:

Strings are immutable sequences of characters and therefore, operations such as removal and concatenation do not affect the given string but return a new one as a consequence of applying the operator. String constants are defined using double quotes, for example:

"First, solve the problem. Then, write the code."

Lists are fixed-length arrays that can contain zero or more elements. Lists are immutable elements and therefore, operations such as removal and concatenation do not affect the given list but return a new one as a consequence of applying the operator. Lists can contain elements of different types and are defined using the brackets symbols: [ ]. For example:

Here are some sample scripts written in Jan:

Purely functional programming language with an ultra minimalist syntax that uses prefix notation to apply functions and operators within expressions.