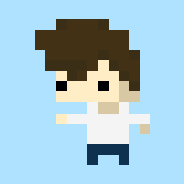 I'm Max! I recently graduated from Clemson University with a bachelor's degree in Computer Science and loved my time as a fellow Clemson Tiger! Along the way I learned most of what your typical CompSci student might be taught, but the real magic that opened my eyes to the possibilities out there showed itself when I was making some "for fun" projects outside of class. I spent a lot of time tinkering with personal projects, some of which are lost to time, and others which are featured here on my GitHub. I hope you enjoy your stay! Maybe you'll find something interesting or noteworthy!

Most recently many of my projects have been
focused around the following technologies...

I'm also familiar or have worked with these languages...

...and these platforms and services!

At the moment I'm working on a little bit of a... secret project! But other than that, lots of my projects have been little tweaks or mods to games that I enjoy playing! Some of my university projects are on here as well, but they are mostly personal projects.

Feel free to check out the individual repositories, but before you go, I've listed some of my proudest projects below!

My preferred method of contact is through my personal email, but feel free to contact me using any of the following methods.

698 contributions in the last year