For rules on the game itself, see the Wikipedia article or the original paper published in the American Journal of Physics.

This implementation is written in ClojureScript and ReactJS, and has three front-ends written using different UI libraries:

And, additionally in this fork, a port to React Native, based on the Om binding. (See the section at the bottom.)

Note: QTTT depends on a library, com.cognitect/contextual that may not yet be in public repositories. If not, you can install the dependency locally by cloning https://github.com/levand/contextual.git and running lein install in that repository.

Then, visit the HTML page at resources/public/dev.html.

You will need to select which UI library to view by passing a lib URL parameter. For example:

Play proceeds in turns. There is no win condition detection, yet, but all the other rules of the game are in place.

Ideas for future expansion include:

If you'd like to connect to the iOS app using a REPL, run script/ambly-repl.

Watch a quick demo of it running on iOS: 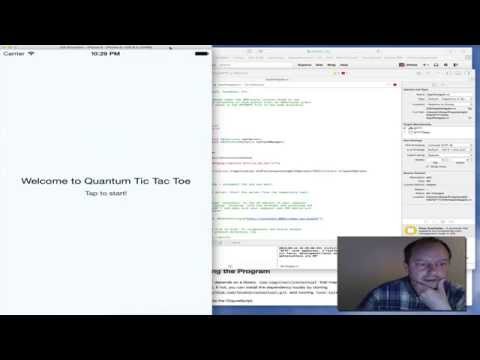