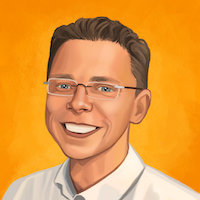 weeks of coding can save you hours of planning!

weeks of coding can save you hours of planning!
Follow
927 followers · 0 following · 1.9k

I'm a Principal Open Source Technologist at AWS and serve as a Cloud Native Ambassador at CNCF, focusing on observability (such as OpenTelemetry, Prometheus, Fluent Bit) as well as service meshes, especially in my role as an SMI maintainer.

I'm also interested and proficient in Kubernetes, GitOps, security/compliance as well as in the advance of applications on Arm-based systems such as on our Graviton offerings.

In my day to day work I mainly use Go, Rust, and shell scripts, but also have done Python, C/C++, Java, and PHP.

… and if you're interested in observability updates, consider subscribing to my o11y.newsletter.

691 contributions in the last year