MixAudit provides a mix deps.audit task to scan Mix dependencies for security vulnerabilities.
It draw its inspiration from tools like npm audit and bundler-audit.

Add mix_audit to the deps function in your project’s mix.exs file:

Then run mix do deps.get, deps.compile inside your project’s directory.

If you do not wish to include mix_audit in your project dependencies, you can install it as global escript:

The only difference is that instead of using the mix deps.audit task, you will have to use the created executable.

To generate a security report, you can use the deps.audit Mix task: 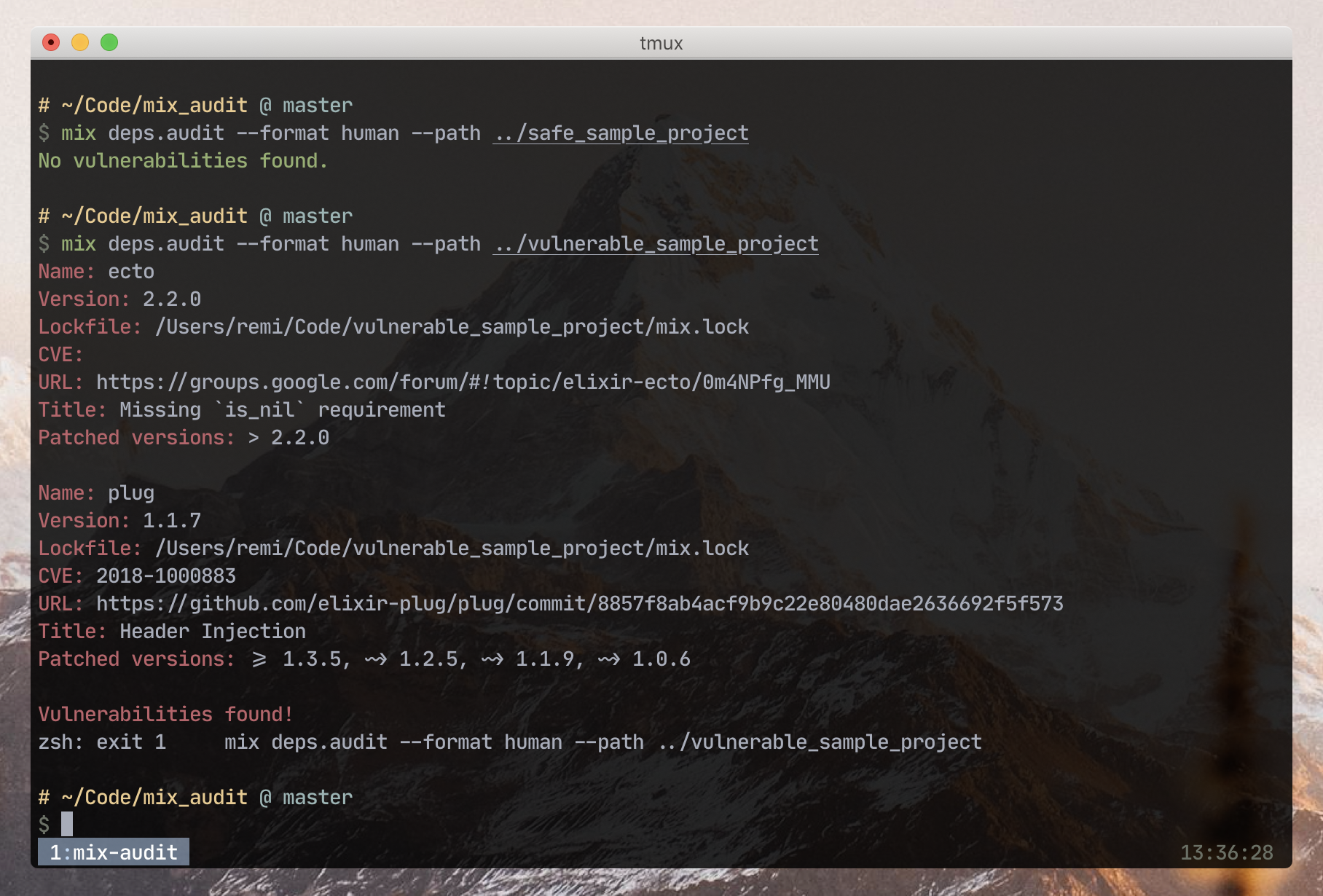 MixAudit builds two lists when it’s executed in a project:

Then, it loops through each project dependency and tries to find security advisories that apply to it (through its package name) and that match its version specification (through the advisory patched and unaffected version policies).

If one is found, a vulnerability (the combination of a security advisory and a project dependency) is then added to the report.

MixAudit is © 2020 Mirego and may be freely distributed under the New BSD license. See the LICENSE.md file.

The detective hat logo is based on this lovely icon by Vectors Point, from The Noun Project. Used under a Creative Commons BY 3.0 license.

Mirego is a team of passionate people who believe that work is a place where you can innovate and have fun. We’re a team of talented people who imagine and build beautiful Web and mobile applications. We come together to share ideas and change the world.

We also love open-source software and we try to give back to the community as much as we can.