The FreeIMU library was designed by Fabio Veresano as part of his thesis project and his continuing interests in tangible human computer interaction. His thesis pretty says it all in where his interests laid (http://www.varesano.net/files/MoS_thesis/thesis.pdf). The original library itself implements the Magnetic, Angular Rate, and Gravity (MARG) filter based the Sebastian Madgwick’s MARG implementation of Mahoney’s DCM complimentary in quaternion form (see http://www.x-io.co.uk/open-source-imu-and-ahrs-algorithms/ for original paper). The library provided support several IMUs:

This equates to the following sensors:

Fabio also created several versions of the FreeIMU board, his last version, v0.4r3 which is the MPU-6050, HMC5883L and the MS5611 pressure sensor. He provided visual software developed in Unfortunately, Fabio passed away December 2013 the age of 28 and the Maker community lost a great friend and genius.

This project is my attempt to both extend and implement improvements to library for my own projects and share them with rest of the community as Fabio did for us.

To date I have made several changes to the library including support for additional IMU/sensors including:

The MahoneyAHRS algorithm requires two parameters to Kp and Ki. For each of boards including the FreeIMU v0.4 were tuned to ensure best performance. These parameters may have to be adjusted for your board even though it is the same. The same holds true for the MadgwickAHARS algorithm which I believe uses a gradient descent method. In case the Beta term has been adjusted. For more information of the AHRS filters used download Sebastian Madgwick’s paper. The link also has the source code in different formats if you are interested.

In addition to the changes above, additional changes were made including

The library was tested on the Arduino Mega, Teensy 3.1, Arduino Due and the Intel Galileo although I was having issues with the Galileo reading multiple I2C sensors. The code will work on the Arduino Uno, unfortunately with all the changes will not fit.

A nice comparison of IMUs and CPU comparisons can be found Kris Winer’s github page: https://github.com/kriswiner/MPU-6050.wiki.git.

The effects of these changes were demonstrated in multiple YouTube videos: 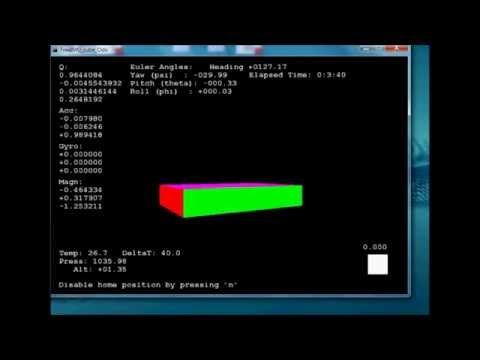 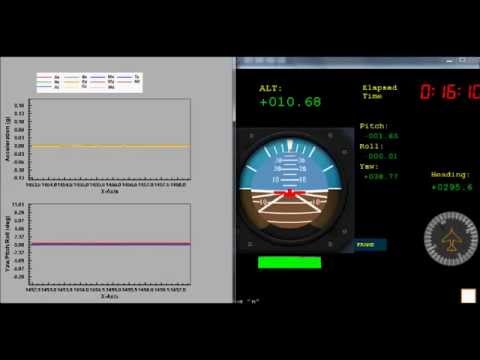 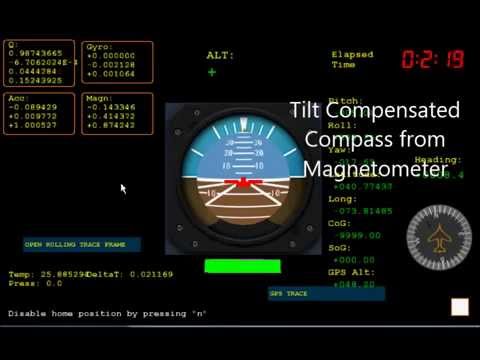 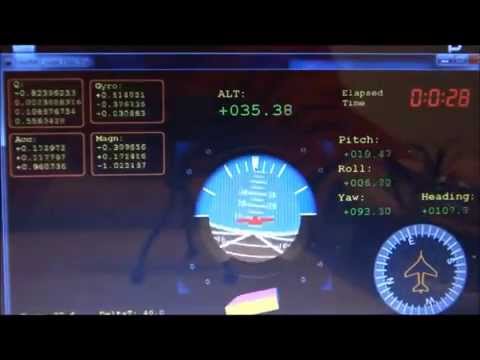 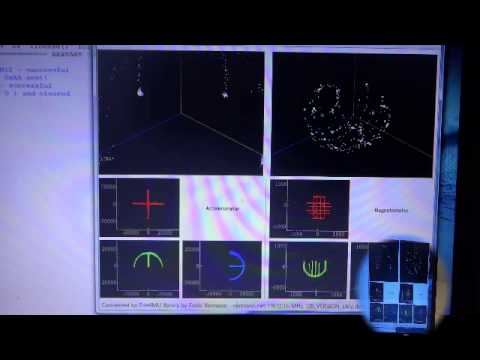 The contents of this wiki will follow the steps you need to implement the FreeIMU library with the supported sensors:

Section 1: Hooking up a IMU to the Arduino. This is the easiest step in process

Section 2: Calibration: Don’t even try to use the library without doing a good calibration – you will get a lot of drift and/or some very strange behaviors.

Section 3b. Adding a IMU to the Library/Understanding Axis Alignment