My configuration and customization bits for WM/DEs.

Feel free to reuse any of this stuff as you see fit.

It's not some cool tiling setup, as I prefer (and use) fullscreen windows on separate "virtual desktops" anyway. And where I don't (e.g. floating skype, terminals), just bind a key to position things at some fixed location/size and/or set these to be persistent for specific app windows.

Don't use DE menu(s?) - either have a key to start what I need (on a constant virtual desktop), use dmenu to launch more rare stuff or just run it from one of the terminals - yeahconsole on top or generic terminal window that's always open on desktop-1.

Notes on specific components of the setup, usually in their own subtrees.

Don't have any *dm (as in GDM, KDM, etc), simply starting WM with screen locker (enlightenment -locked) on boot instead, as there's never more than one physical user here anyway.

systemd --user + systemd-logind session setup without *dm is a bit unorthodox in general, and in my case started through a custom pam-run pam-session-wrapper binary, with Xorg, WM and everything DE-related started in user@1000 daemon's "startx.target" - see stuff under "systemd" for more info.

Created/processed by e_config_backup tool (yapps2-based parser), and used to detect any new options between version upgrades, or (super-rare) migrations between config schemas, if necessary.

Mostly based on ones from E repositories, and might include assets (icons, sounds, etc) from these, so not original by any means, just tweaked slightly.

edj files go to paths like ~/.e/e/themes/ or ~/.config/terminology/themes/, depending on the app.

To encode these back to eet blobs:

Terminology needs specific config in addition to edje theme to have contrast ISO-6429 colors on top of theme-specific background/features.

_xterm-colors-to-eet.py script can be used to generate ISO-6429 color values for terminology eet config file, e.g. from xresources file with xterm colors and sync colors between the two without having to enter these manually.

rc.laptop is a cut-down version of rc.desktop for smaller screen.

Requres conky lua extension enabled (at build-time, not the case on Arch for some reason) and uses tiny "sens" binary for lm_sensors readouts, started from lua with separate interval, with outputs cached between runs. Displaying any lm_sensors data in conky blog post has more details on how it all works.

script=... option can be used in the main config (e.g. ~/.mpv/config) to load lua stuff, like this: script=~/.mpv/fg.status.lua (one line per script)

Default mpv status line replacement, with all the stuff that default one provides (with a bit nicer format), plus audio/video bitrate and some extra caching info.

Bitrates are generally useful when streaming stuff over network. 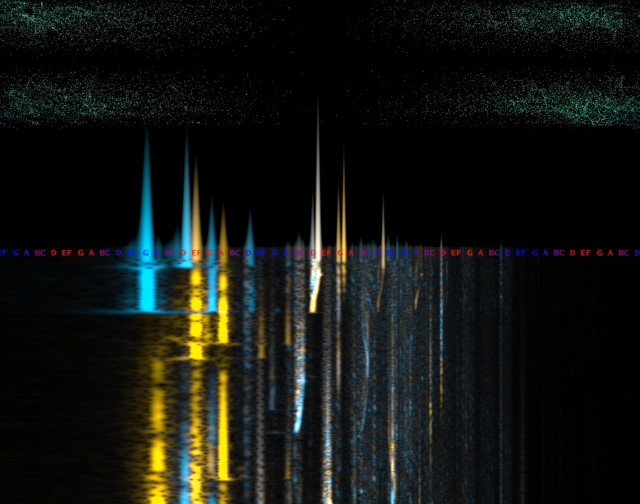 Also includes client events to toggle visualization and other --lavfi-complex filtering (if any) on/off explicitly, regardless of whether it was enabled on start.

Can be used for key bindings, e.g. via something like y script-message fg.lavfi-audio-vis.on in input.conf, and I'm using that in a player frontend (emms).

Config used to debounce middle-button clicks on a Razer mouse that I have - apparently common issue with this particular brand.

See fgtk repo for much more of these, incl. a ton of generic DE-independent desktop-related stuff.

Don't really need much from these, as browser, mpv, emacs and terminal have their own styles, and I spend almost all in just these few apps.