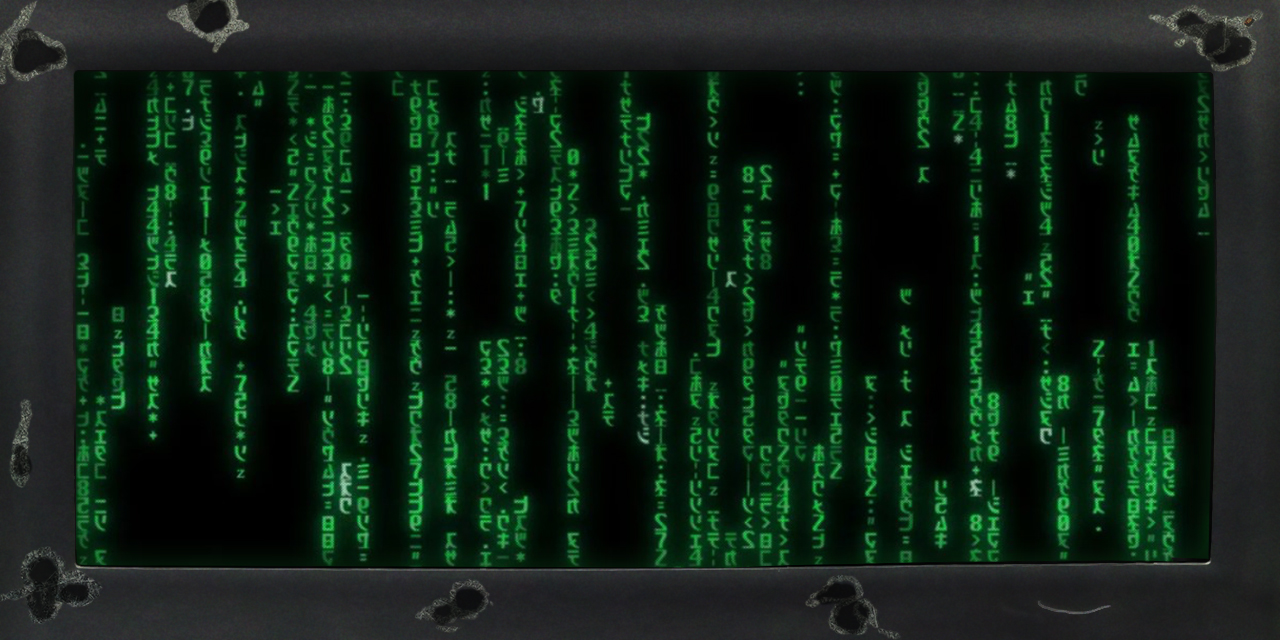 This is a screen-accurate Matrix Code generator built with HTML canvas.

I'm a big fan of The Matrix and have always wanted a code generator that truly matched the films. So I watched the opening sequence about 100 times, and with screen shots and video reference, built this over a weekend.

Feel free to copy, adapt, use in fan films, whatever you want. If you happen to be a VFX artist or set decorator who uses this on the new film, you'd make my dreams come true by giving me a credit.

To get it running quick, run the following.

This is pretty configurable. You can change the color, font, glyphs used. The defaults are set to look as Matrixy as possible.

The glyphs were built in Adobe Illustrator using screenshots from the first film as reference. I took particular care to make sure the glyphs maintained consistent thickness, proportion, and style.

The streaming effect actually works in reverse. You're not seeing streams of code over empty space, it's streams of empty space over code. This turned out to be the simplest implementation.

Canvas filters completely kill performance, so the glow is generated by applying a CSS drop-shadow filter to the canvas.

There is a pixelation overlay to give the code texture. This just a low-opacity linear-gradient that creates a small checkered pattern.

Some of the screen accuracy was incidental. Turns out the way HTML canvas draws lends itself to the little details of randomness. For example, the short trails on highlighted glyphs and the way bits of code pop in and out of existence are the result of null streams moving past each other at random speeds.

I'll probably tinker with this some more, but I have no specific plans. Here's a list of features I'd like to add if I get the time: