Requires Python 2.6 or 2.7 and the following Python libraries:

These dependencies do not ship with the library but will be resolved during the install:

Sick Muse runs on the Tornado webserver which is a single-threaded non-blocking server. Once installed you run this server using the sickmuse command:

This will start the server running on the default port 8282. You can change the port using the --port option: 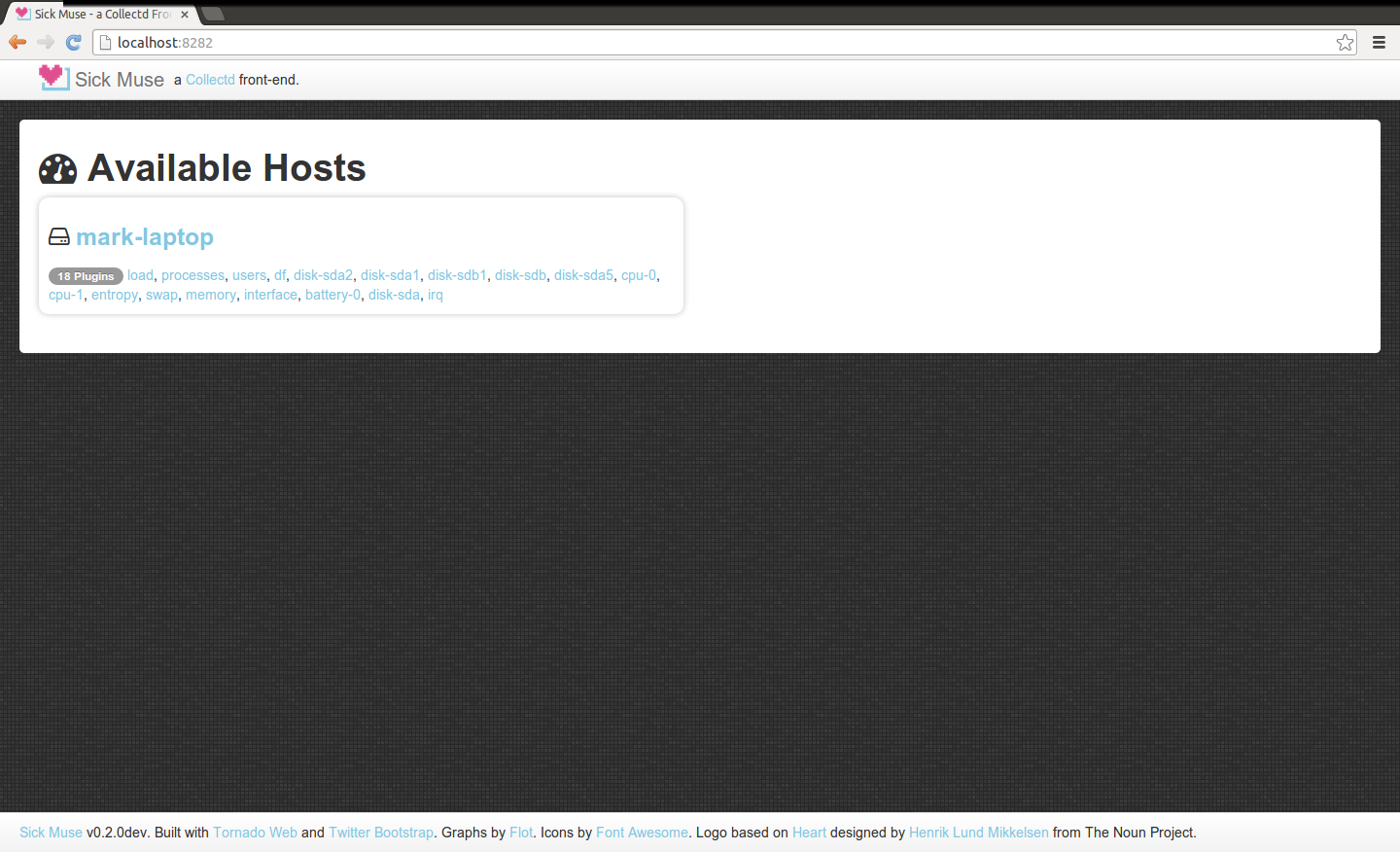 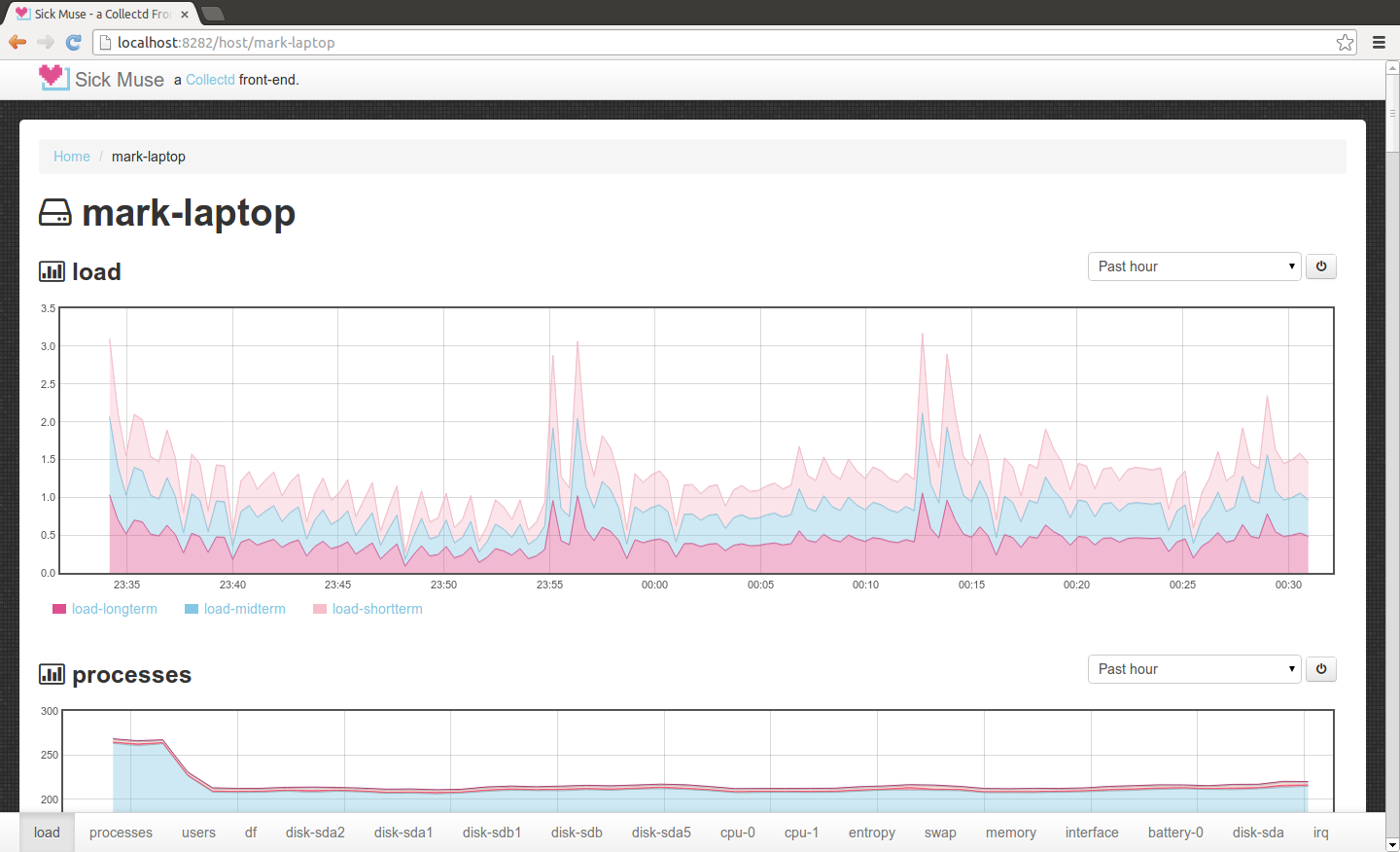 You can find a complete set of documentation on Read The Docs.

sickmuse is released under the BSD License. See the LICENSE file for more details.

In addition to the previously listed Python dependencies, this library makes use of the following projects which are included in the distribution:

This project is still in its early stages and there may be bugs or rapid changes to the internal APIs. If you think you've found a bug or are interested in contributing to this project check out sickmuse on Github.