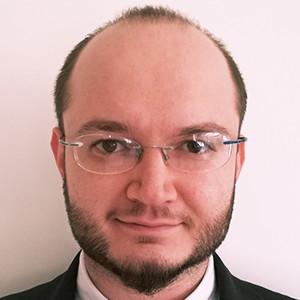 Focusing
Follow
Italian web developer based in London, I usually have my hands on Drupal (7, 8 and 9), WordPress, Laravel and React
1 follower · 1 following · 11

Since my early years, I have always been passionate about technology, and curious about how things works.

During high school I discovered the programming world: first with basic HTML, then I expanded my IT background over the years until I was able to create full web sites.

From 2011 to 2015 I was part of an indie team based in Bologna, Italy (Black Raven), we developed small games and programs for Apple and PC. I was in charge of the design and the development of the website and of every methods of database connection of the apps. As a secondary role, I also worked as 3D modeller. The years spent as part of this team enhanced my programming knowledge and made me learn the dynamics of working as part of a team. It is thanks to this experience that I have become the programmer that I am now.

In May 2015 I've got the chance to finally work in a web agency (Magic) where I was trained about how companies develop websites and e-commerce platforms. Over these three years, I was able to build upon and expand my knowledge of WordPress, as well as discovering Drupal and Magento.

In June 2018 I've moved to London in order to expande my knowledge and increase my english level. After a couple of months I joined Purr, a web agency based in central London and since then there have been lots of many interesting projects and new ways for building websites that I've never explored

21 contributions in the last year