Create artwork from your casual sketch with GAN and style transfer 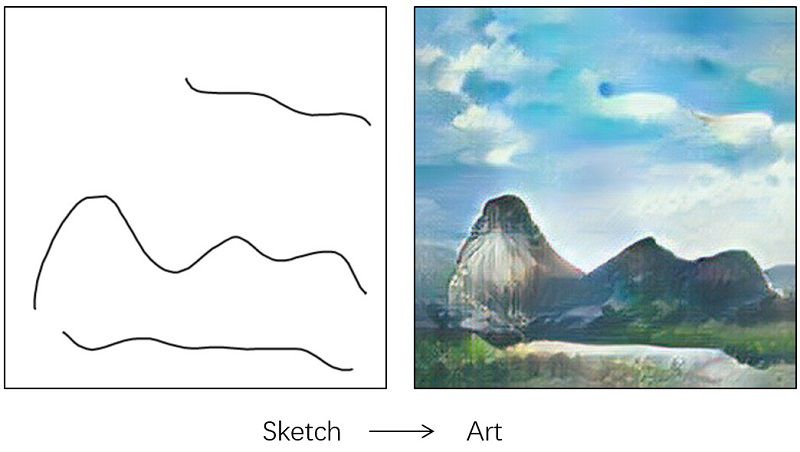 You could be an artist with AI

Or you can Run with Docker in minutes

With Docker, you can quickly build and run the entire application in minutes

Then, go to localhost:8080 and play with the demo!

To achieve the goal, there are mainly two steps in the pipeline:

The principle behind this is called Conditional Adversarial Networks, known as pix2pix, which is able to generate image based on the given image.

It became known to us with the appearance of Prisma app. Typically, we generate an individual model for each pre-defined style. Here, we want to go further by using any new picture as the style. So, we adopted the method, Universal Style Transfer via Feature Transforms proposed in NIPS2017, which enables us to perform arbitary style transfer. 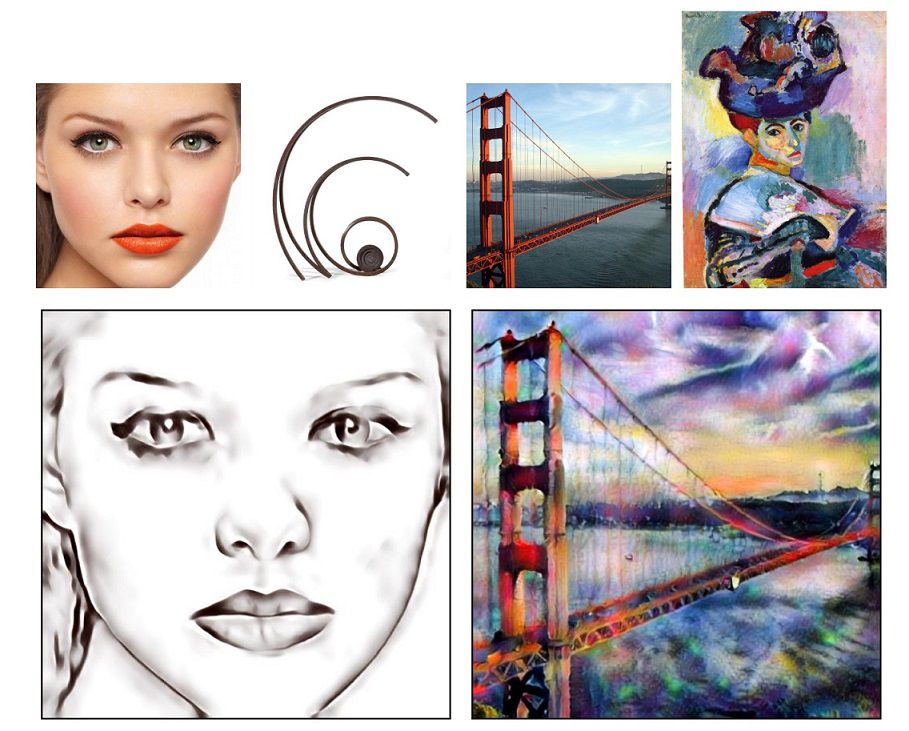 The server side is powered by Python and Flask. You can see this simpler example. Navigate to the server directory and all the files concerning the service and neural networks are there. The two main files:

Make sure you have Python installed, and some packages are needed: tensorflow, keras, pillow, flask, gevent. You can use pip to install them:

And you could see the output indicating the port it's listening (5001 and 5002). Go to http://localhost:5001 and you should see the returned information.

Open your favorite browser at http://localhost:8080, the site is there.

This is the final project of Digital Image Processing instructed by Prof. Jia Yan.

Create artwork from your casual sketch with GAN and style transfer