A modified version of Duck Hunt running on Python

This was a project I did while still in high school, the objective was to recreate a classic game using Python.

For my game I added a little twist to it, the goal of the game is simple, shoot as many ducks as possible using the least amount of shots in the time provided to you. 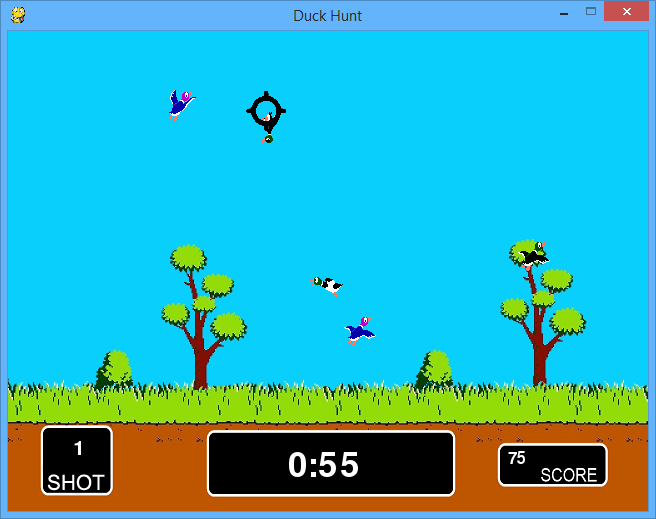 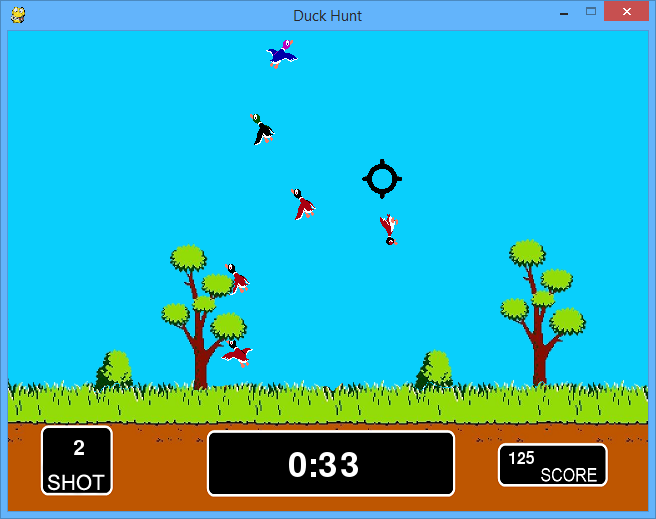 Controls for this game are extremely simple, simply use the mouse to move the cursor around on the screen.

P - Pause and unpause the game

The game gives you one minute to shoot as many ducks, at the end you will see your accuracy and the number of ducks that you successfully hit. 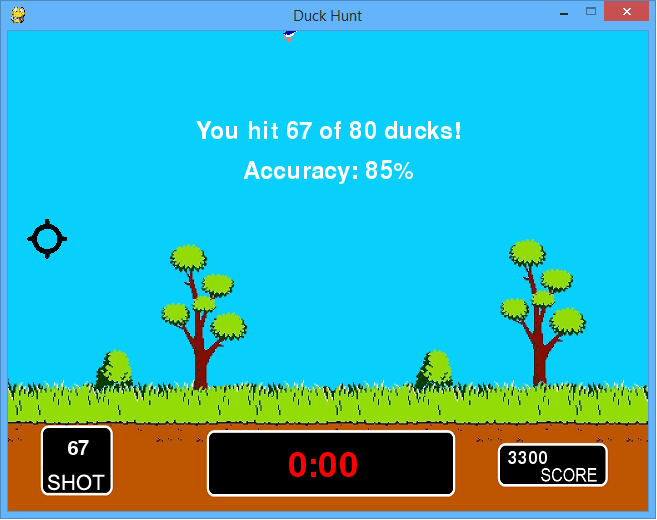 There are three colors of ducks, and they range in point value.

This game requires you to have [Python 3.4.3](https://www.python.org/downloads/release/python-343/) installed on your computer, and it will run on any computer with [Python 3.4.3](https://www.python.org/downloads/release/python-343/) installed on it.

Along with PyGame and Python you will need to install the LiveWires python module, to do this go to the "Installs/Livewires" folder in this repository and run the "setup.bat" file if you are on Windows. If you're running a version of Linux you should be able to just run the "setup.py" file.

You will also need to download the correct version of PyGame for your operating system.

A modified version of Duck Hunt running on Python