Looper is a development tool for the Go Programming Language. It automatically runs your tests and (will eventually) hot compile your code when it detects file system changes. 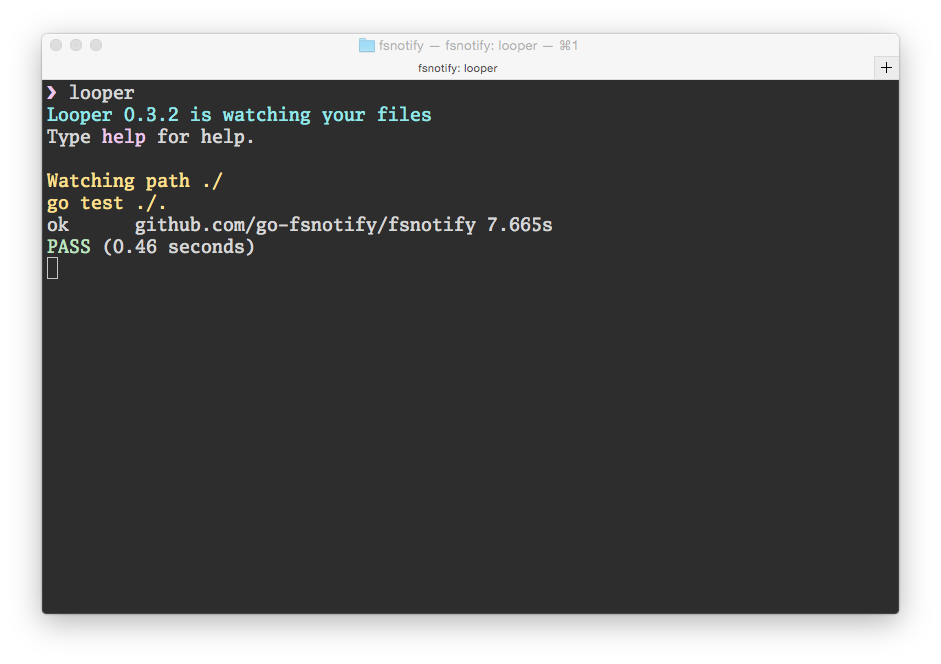 This is an early alpha. There is still quite a lot to do (Hot Compiles, Growl notifications, and interactions for profiling, benchmarking, etc.).

If you are on OS X, you need to first install GNU Readline via Homebrew:

If you are on Linux, you'll need the readline development headers:

To install Looper, or to update your installation, run:

Then run looper in your project folder:

Note: There is a known issue where tests may run multiple times on OS X. Until this is resolved, please add your development folder to Spotlight Privacy in System Preferences.

Packages are the unit of compilation in Go. By convention, each package has a separate folder, though a single folder may also have a *_test package for black box testing.

When Looper detects a change to a *.go file, it will build & run the tests for that directory. You can also run all tests against all packages at once.

To setup a Suite definition (Gocheck, PrettyTest), additional Checkers, or other test helpers, use any test file you like in the same folder (eg. suite_test.go).

Blunderbuss is inspired by shotgun, both in name and purpose.

Special thanks to Chris Howey for the fsnotify package.