SNLI-VE is the dataset proposed for the Visual Entailment (VE) task investigated in Visual Entailment Task for Visually-Grounded Language Learning accpeted to NeurIPS 2018 ViGIL workshop). Refer to our full paper for detailed analysis and evaluations.

e-SNLI-VE-2.0 relabels the dev as well as test splits of the neutral class and evalutes the resulting performance in order of the original, val-correction and val/test correction configurations.

SNLI-VE is built on top of SNLI and Flickr30K. The problem that VE is trying to solve is to reason about the relationship between an image premise Pimage and a text hypothesis Htext.

Specifically, given an image as premise, and a natural language sentence as hypothesis, three labels (entailment, neutral and contradiction) are assigned based on the relationship conveyed by the (Pimage, Htext) 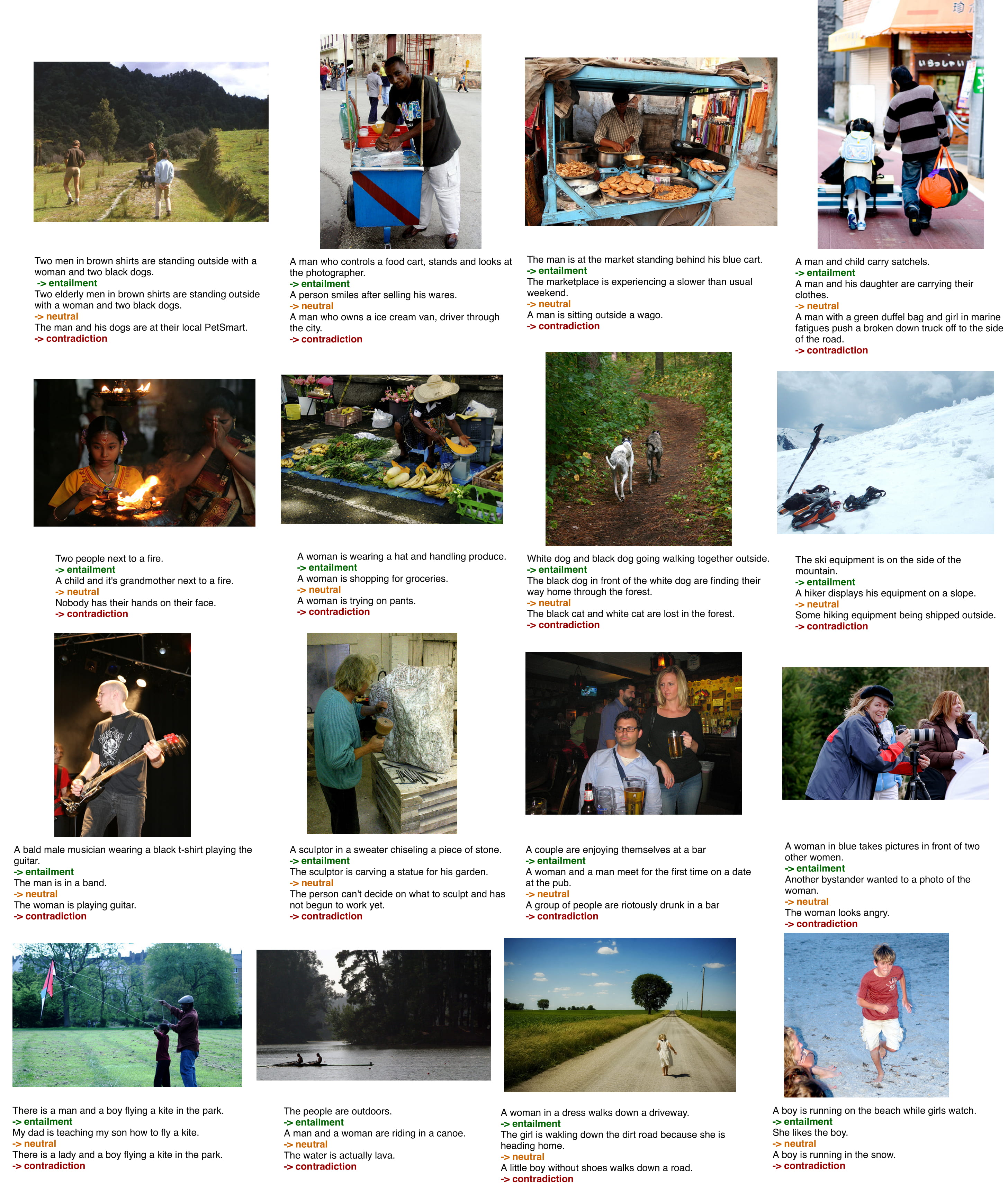 Below is some highlighted dataset statistic, details can be found in our paper.

The data details of train, dev and test split is shown below. The instances of three labels (entailment, neutral and contradiction) are evenly distributed for each split.

Below is a dataset comparison among SNLI-VE, VQA-v2.0 and CLEVR. 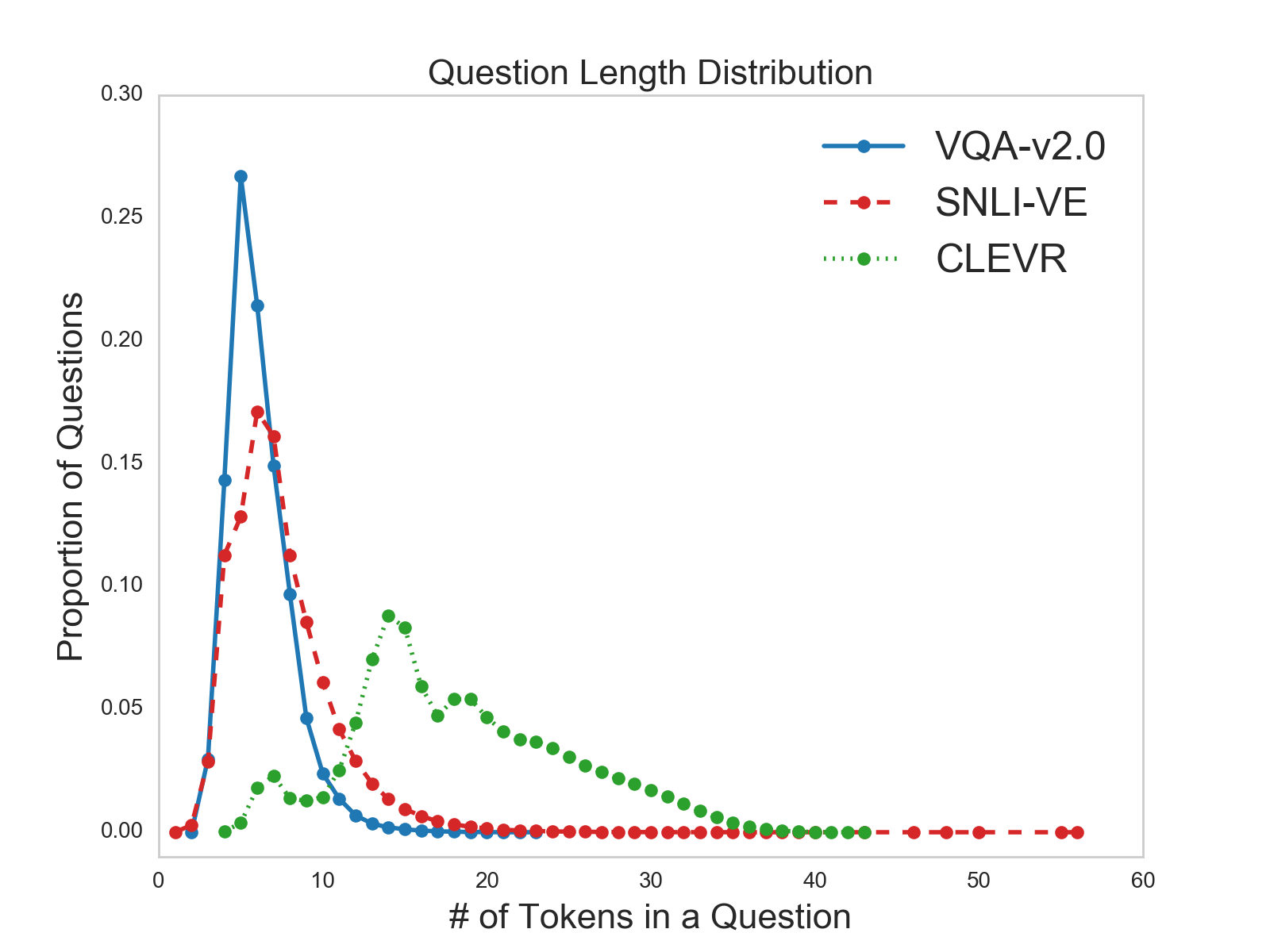 To check the quality of SNLI-VE dataset, we randomly sampled 217 pairs from all three splits (565286 pairs in total). Among all sampled pairs, 20 (about 9.2%) examples are incorrectly labeled, among which the majority is in the neutral class. This is consistent to the analysis reported by GTE in its Table 2.

It is worth noting that the original SNLI dataset is not perfectly labeled, with 8.8% of the sampled data not assigned a gold label, implying the disagreement within human labelers. SNLI-VE is no exception but we believe it is a common scenario in other large scale datasets. However, if the dataset quality is a major concern to you, we suggest dropping the neutral classs and only use entailment and contradiction examples.

snli_ve_generator.py generates the SNLI-VE dataset in train, dev and test splits with disjoint image sets. Each entry contains a Flickr30kID field to associate with the original Flickr30K image id.

snli_ve_parser.py parses entires in SNLI-VE for applications and is free to revise.

Follow the instructions below to set up the environment and generate SNLI-VE:

Flickr30k Entities dataset is an extension to Flickr30k, which contains grounded RoI and entity annotations.

It is easy to extend our SNLI-VE dataset with Flickr30k Entities if fine-grained annotations are required in your experiments.

The first is our full paper while the second is the ViGiL workshop version.

Thank you for your interest in our dataset!
Please contact us for any questions, comments, or suggestions!