Indicium-Supra consists of a self-contained library (DLL) which exposes a minimalistic API for rendering custom content in foreign processes eliminating the need for in-depth knowledge about Direct3D and API-hooking. The most common use-case might be drawing custom overlays on top of your games. The framework takes care about pesky tasks like detecting the DirectX version the game was built for and supports runtime-hooking (no special launcher application required).

Building should be pretty straight-forward since the dependencies get installed via Vcpkg. You have multiple choices for getting things done.

Just open the solution file Indicium-Supra.sln and start the build from there.

Navigate to the solution directory on the command line and invoke:

Now if you're really in a hurry you can grab pre-built binaries from the buildbot. Boom, done.

Inject the resulting host library (e.g. Indicium-ImGui.dll) into the target process first using a DLL injection utility of your choice (you can ofc. use mine as well). The following example loads the imgui sample:

Just make sure your host library doesn't require any external dependencies not present in the process context or you'll get a LoadLibrary failed error.

The core library logs its progress and potential errors to the file %TEMP%\Indicium-Supra.log. 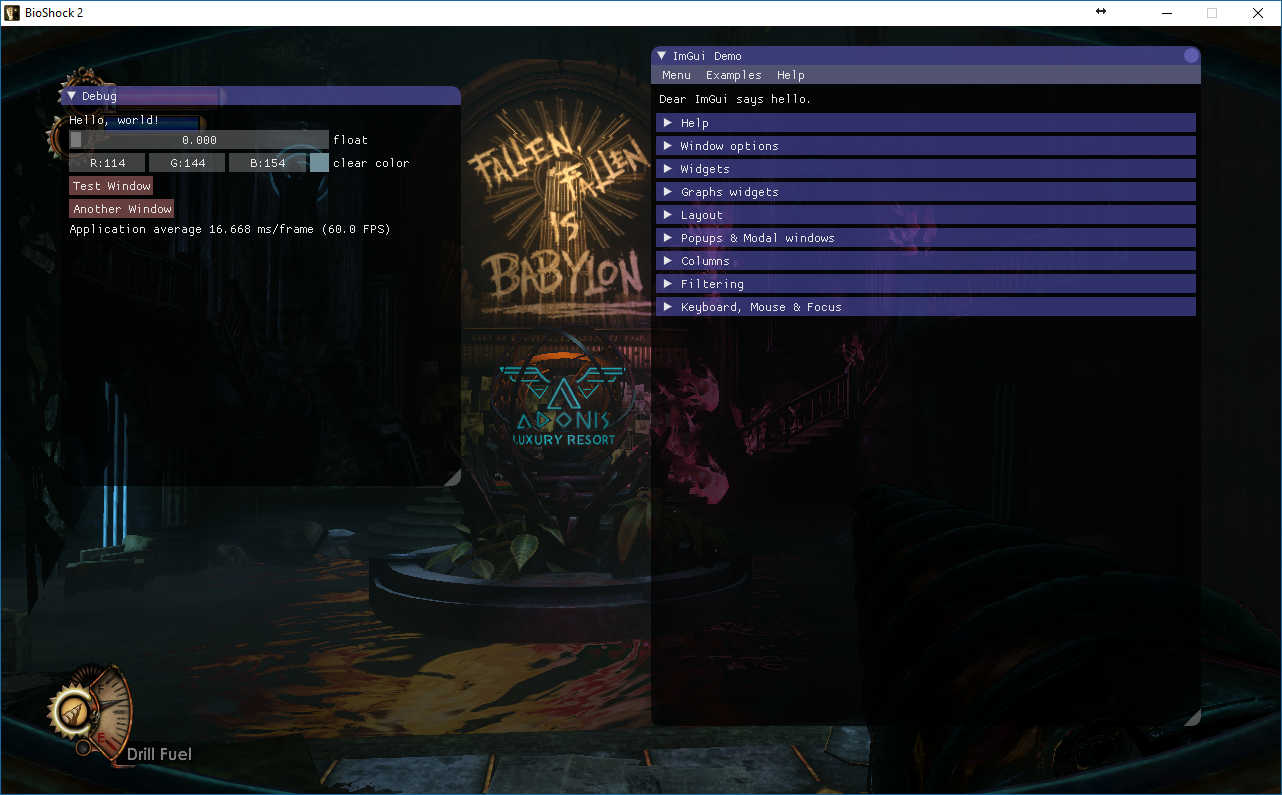 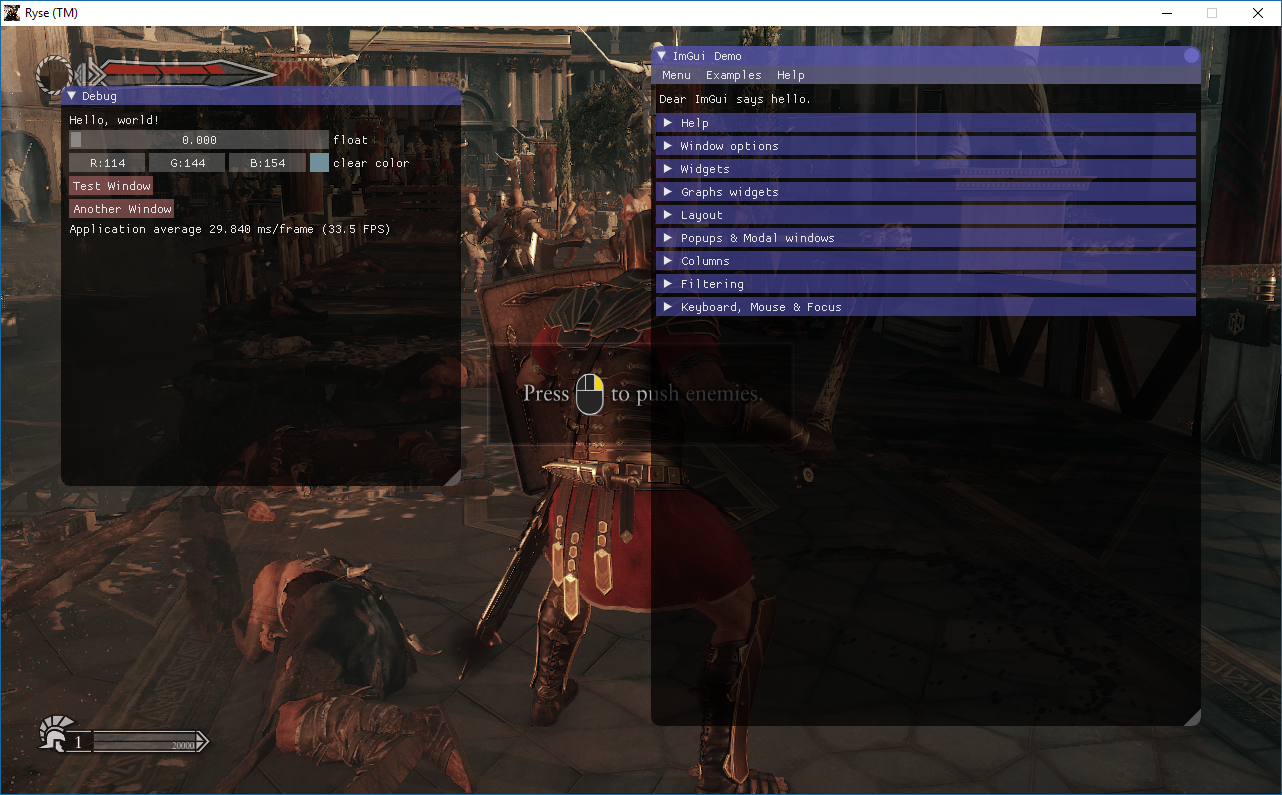 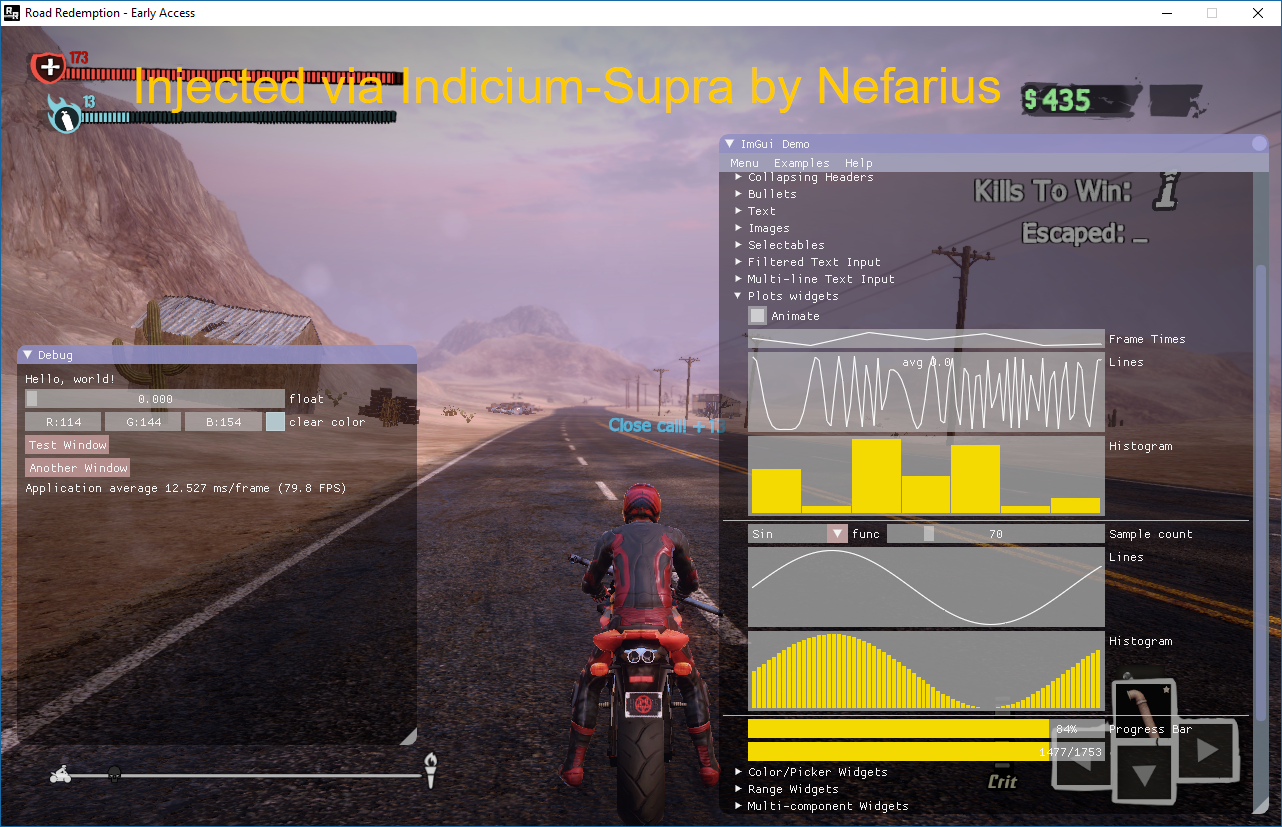