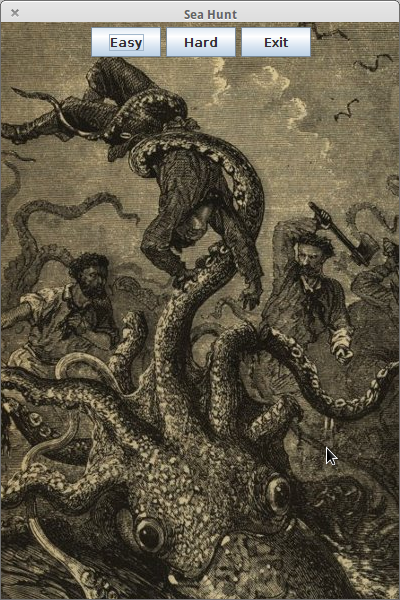 A battleship-style game written in Java swing and standard 2D graphics. Here in this game, battleships are replaced with sea monsters.

Requires Oracle JDK 7. To build this game, simply use ant to build using build.xml. The file is actually generated from netbeans, and there's nothing stopping you from importing it into a netbeans project. 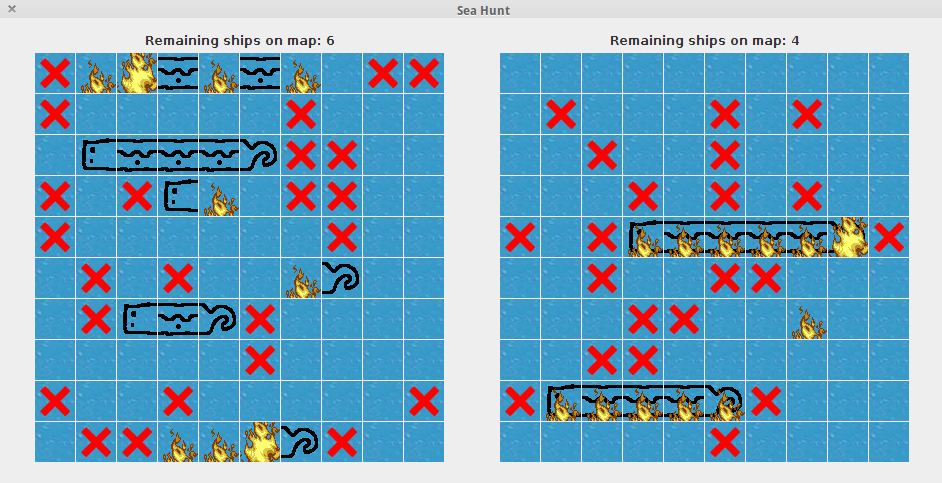