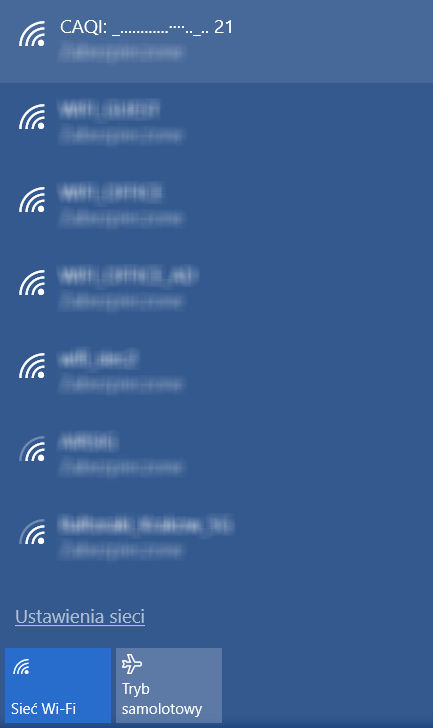 This script takes a current Common Air Quality Index (CAQI) for a provided location from the Airly API and shows it as a Service Set Identifier (SSID) using Wireless Hosted Network on Windows. It also displays an ASCII sparkline of the last 12-hour pollution level. The script can continuously process fresh numerical data from any JSON API using just curl and jq.

In order for SSID Ticker to work, your wireless network card has to support Hosted Network. You can check it in Windows Command Prompt by running: netsh wlan show drivers.

SSID Ticker sets a random Wi-Fi passphrase each time it runs, so that nobody could connect to the virtual Wi-Fi hotspot.