nuclear is a free music streaming program that pulls content from free sources all over the internet.

If you know mps-youtube, this is a similar music player but with a GUI. It's also focusing more on audio. Imagine Spotify which you don't have to pay for and with a bigger library.

What if I am religiously opposed to Electron?

Here's a list of packages for various managers, most of which are maintained by third parties. We would like to thank the maintainers for their work.

First of all, be sure to check out the Contribution Wiki Page.

A new window should open that will load the web app and run Nuclear.

To build for current operating system:

Instead of build you can use build:all to build for all operating systems. The binaries will be in packages/app/release

It's also possible to run the development environment using docker containers, but this should be considered experimental.

You will need docker and docker-compose. You need to allow the root user to connect to X11 display, and then you can run docker-compose:

This will be updated as the program evolves. 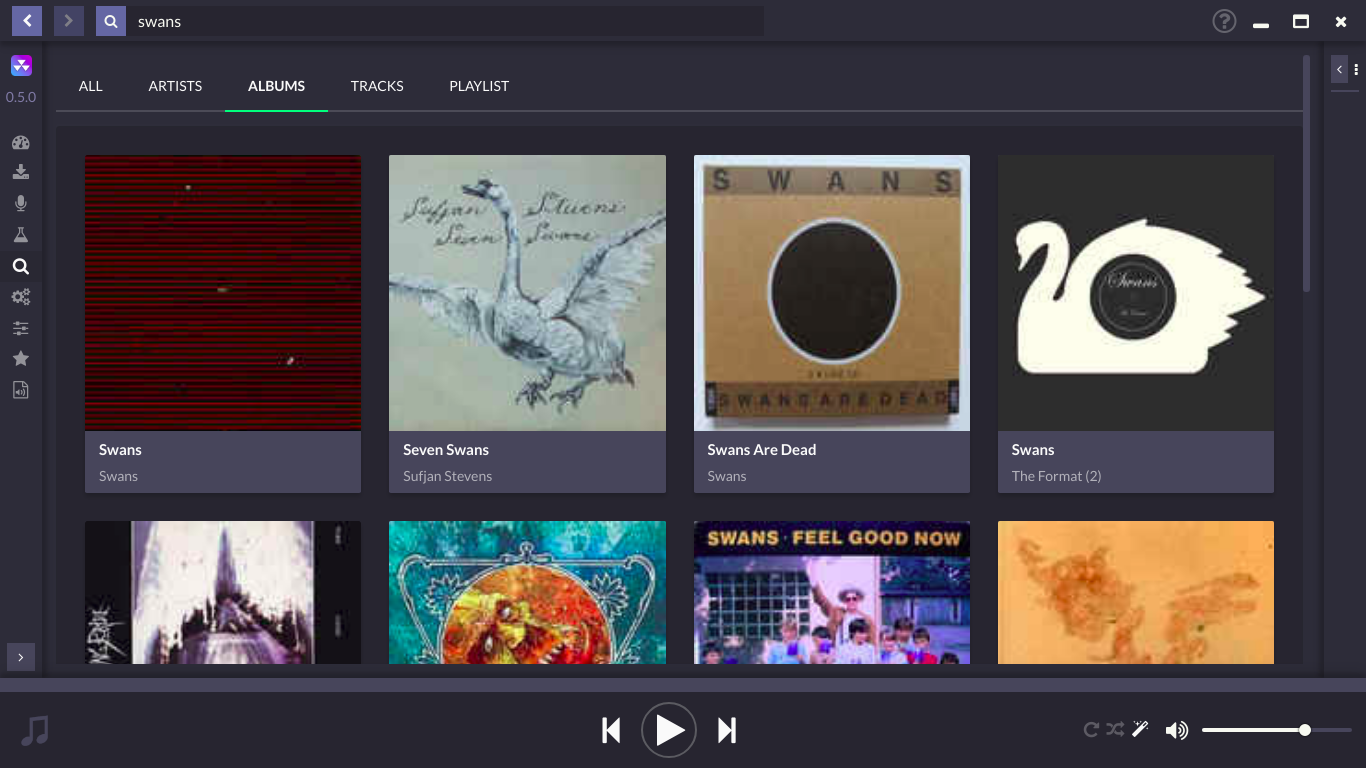 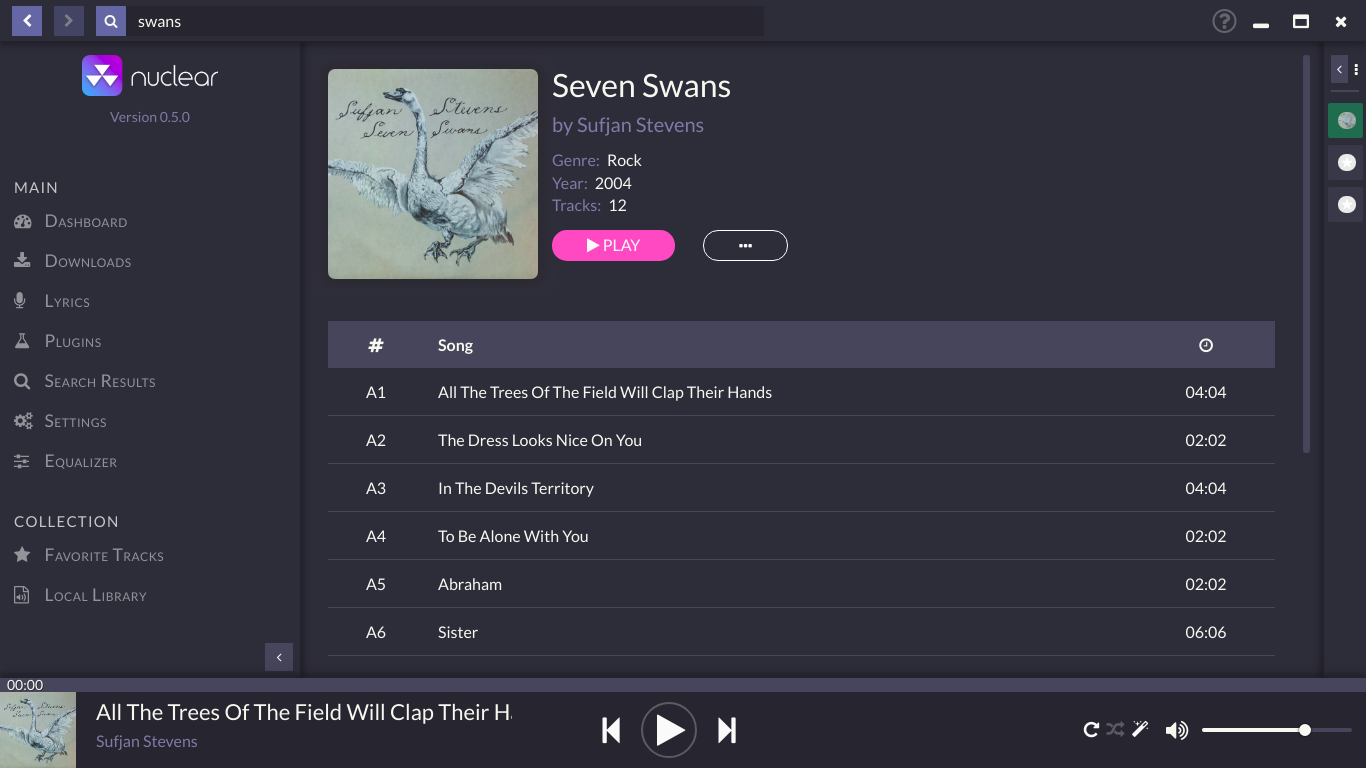 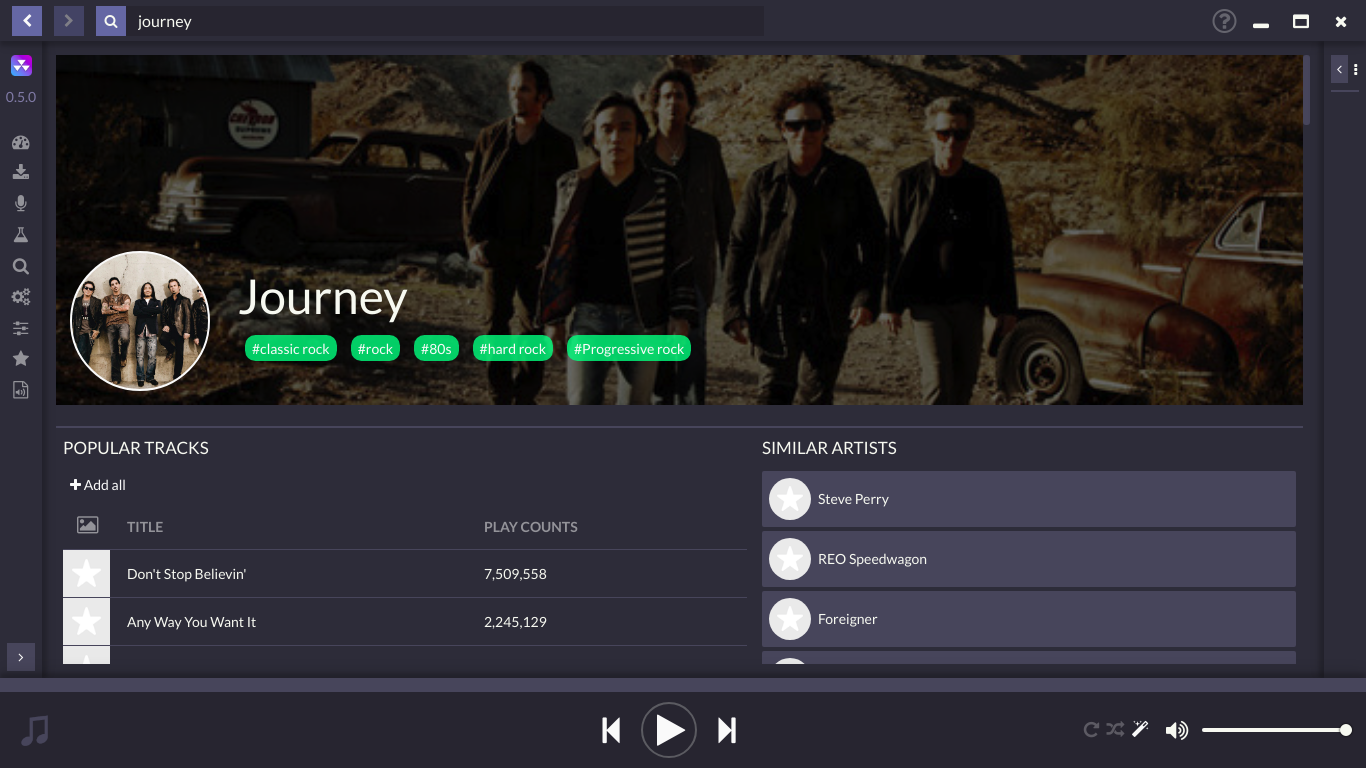 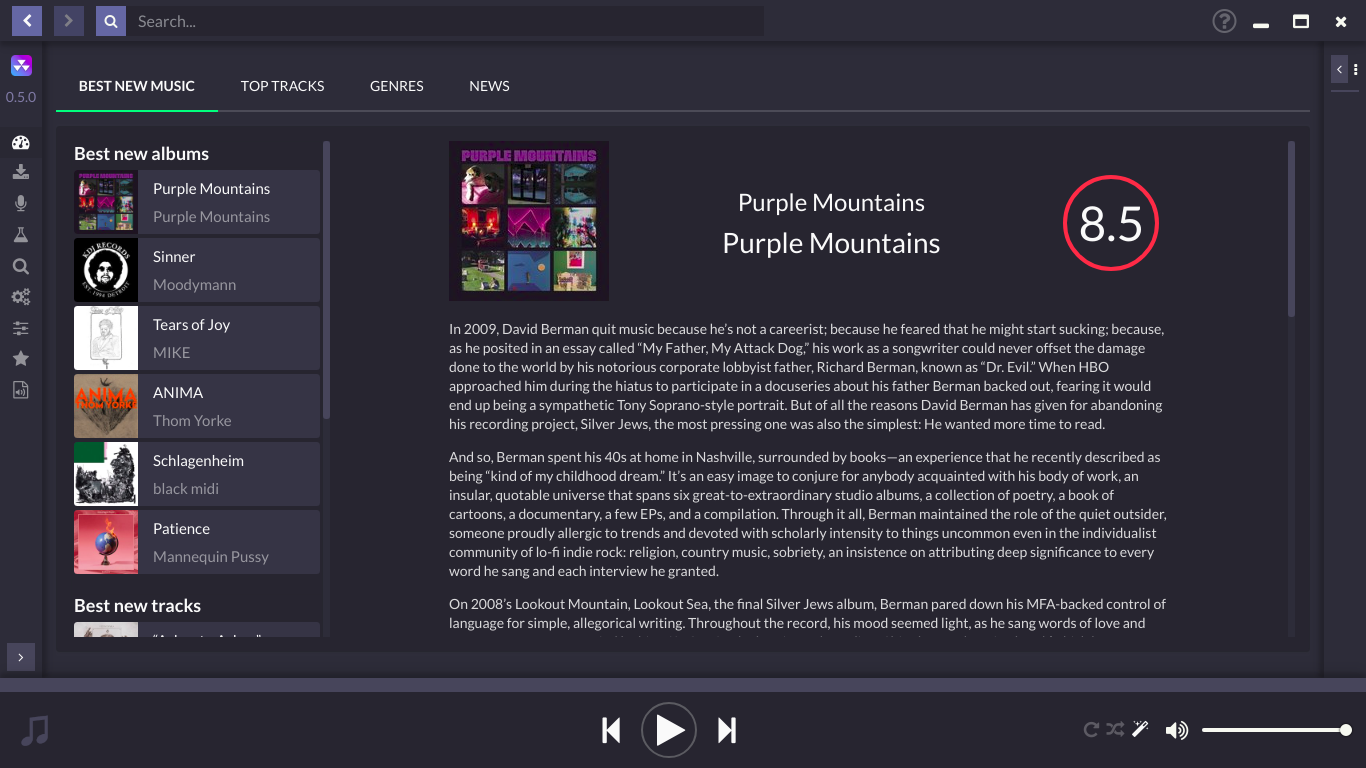 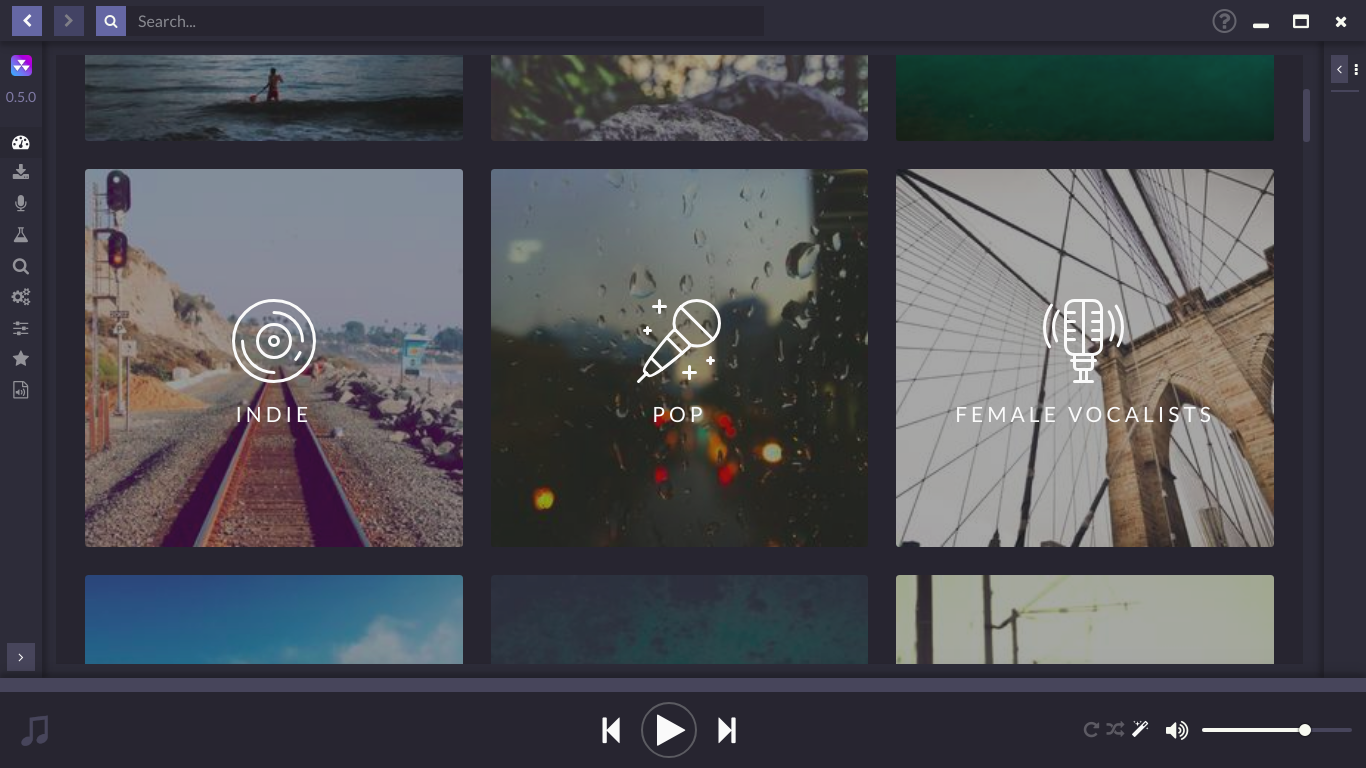 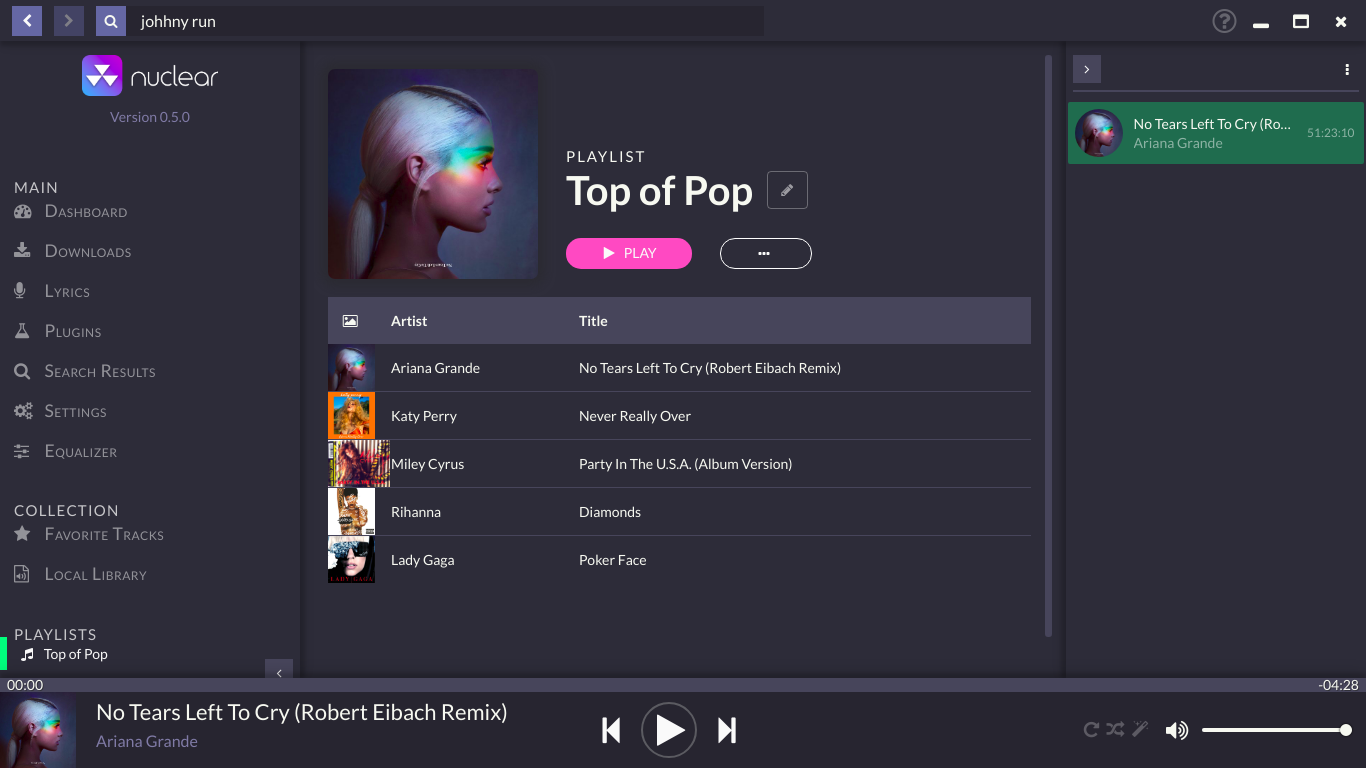 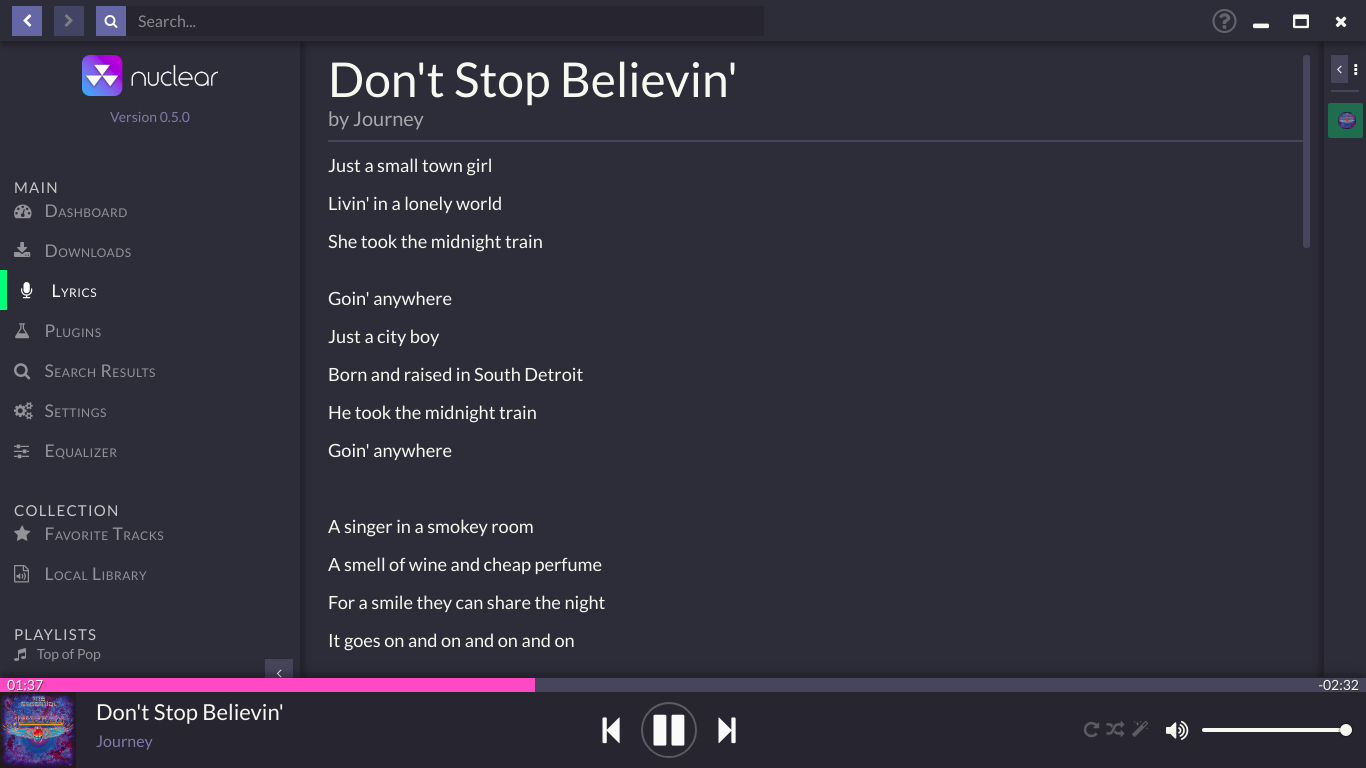 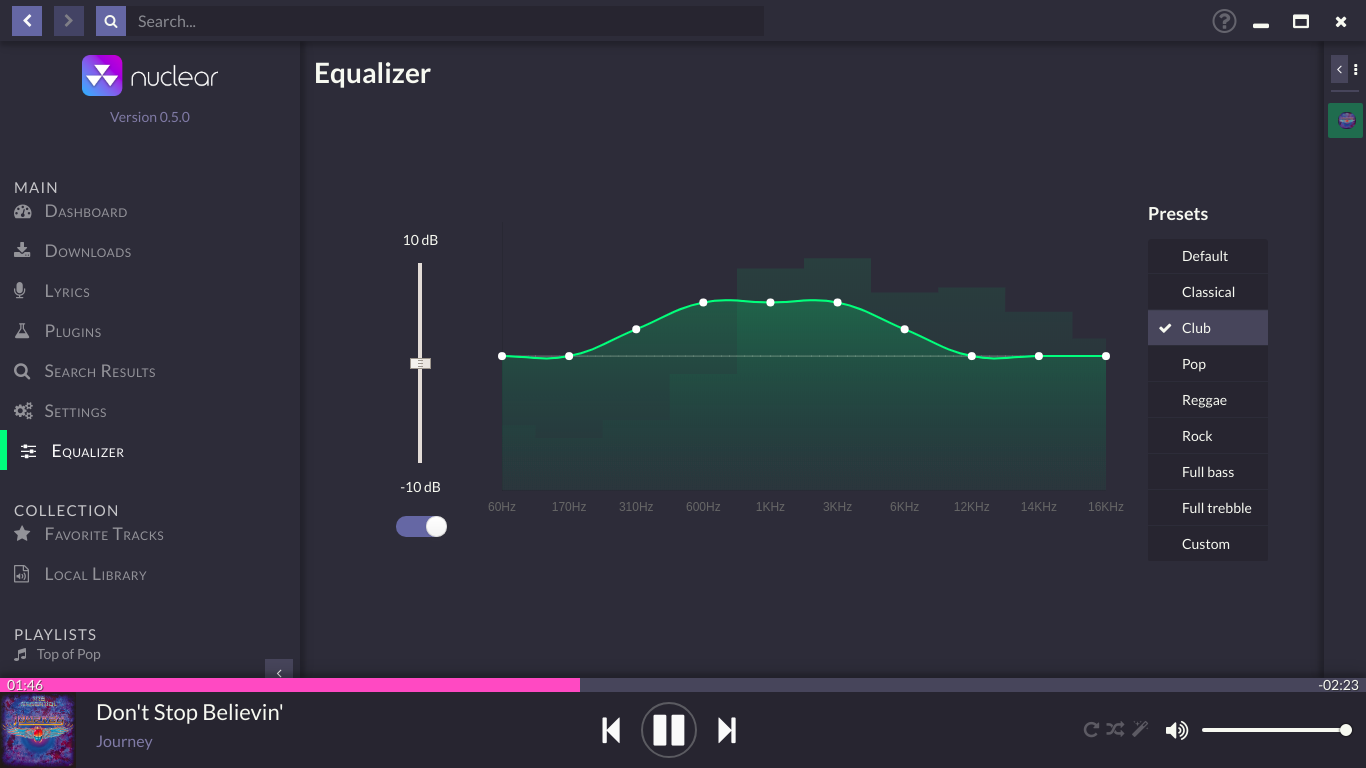 This program is free software: you can redistribute it and/or modify it under the terms of the GNU Affero General Public License as published by the Free Software Foundation, either version 3 of the License, or (at your option) any later version.