To this day, no team has successfully crossed the Atlantic Ocean in an unmanned, autonomous sailboat. Teams such as UBC's Transatlantic Challenge team and SCOUT Transatlantic have made it close. Offshore Sensing AS accomplished it with an unmanned, remotely guided vessel. But the coast of Western Europe remains elusive to the autonomous robotic seafarers. The exceedingly tumultuous conditions of the North Atlantic are proving to be a fierce opponent, requiring some of the best engineers in the world to unite in order to be conquered.

Setting up a Dev Environment

In order to get a new development machine up and running, simply do the following on a computer running Ubuntu 16.04:

The setup script will walk you through installing ROS and setting it up with Python in a way that will not conflict with other Python configurations (e.g. Anaconda). It will also give you the option to install the PyCharm integrated development environment, which is great for debugging, and configure it for use with ROS.

Status updates can be found on our Medium blog. 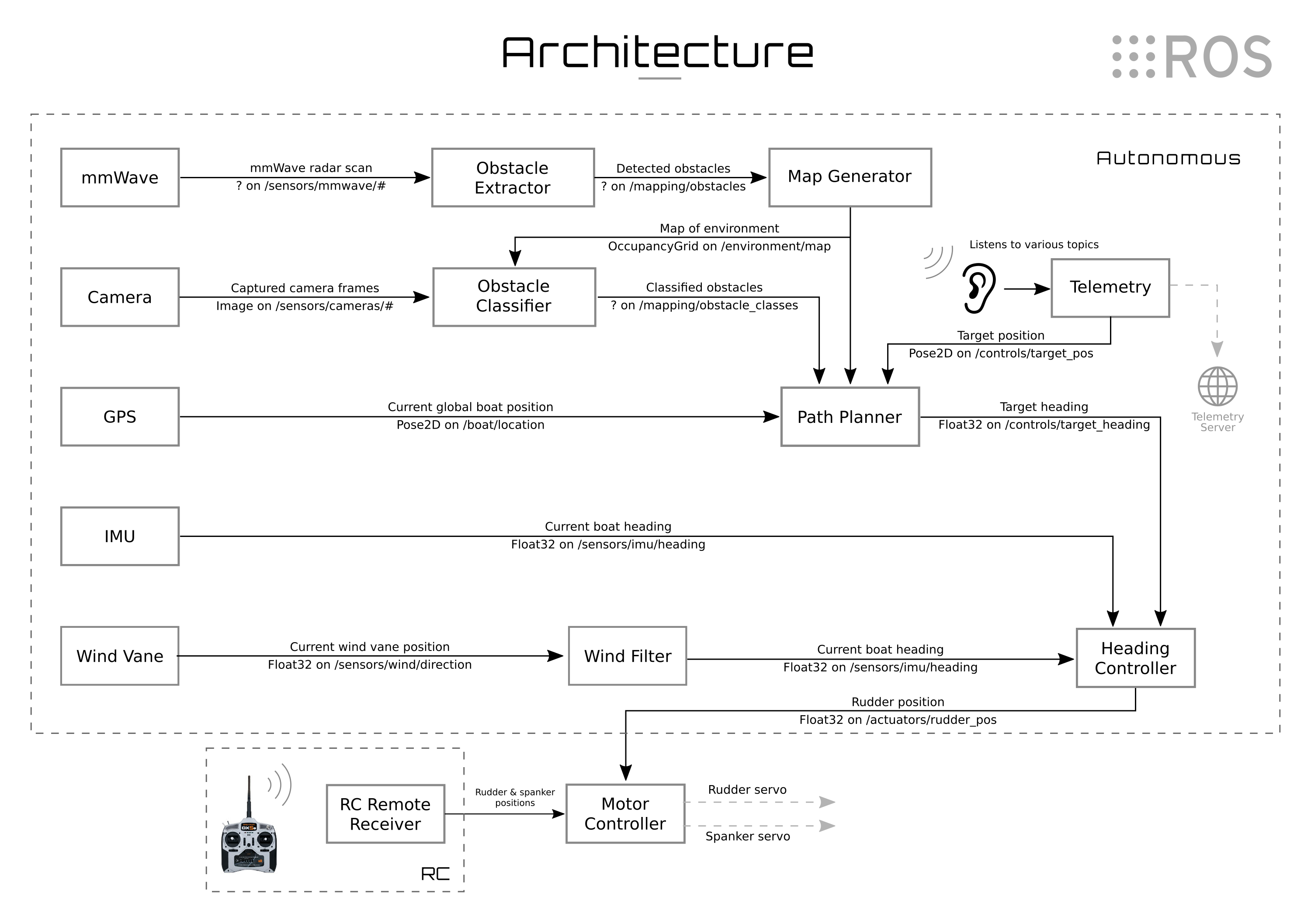 Our boat is controlled by a Raspberry Pi running ROS Kinetic. We actuate the sails and rudder using Robotis Dynamixel servos (MX-64s and an AX-12, respectively). We also use an Airmar 200WX ultrasonic weather station for wind speed and direction, heading, and position. 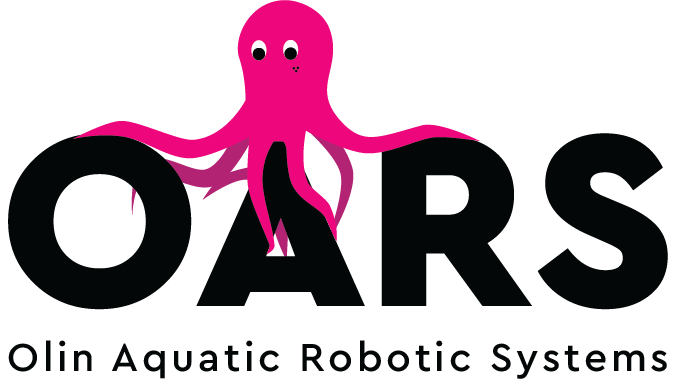 Olin Aquatic Robotic Systems (OARS) is a build team at Olin College of Engineering in Needham, MA. We have been working on this project since September 2017.