Why an Open Guide?

A lot of information on AWS is already written. Most people learn AWS by reading a blog or a “getting started guide” and referring to the standard AWS references. Nonetheless, trustworthy and practical information and recommendations aren’t easy to come by. AWS’s own documentation is a great but sprawling resource few have time to read fully, and it doesn’t include anything but official facts, so omits experiences of engineers. The information in blogs or Stack Overflow is also not consistently up to date.

This guide is by and for engineers who use AWS. It aims to be a useful, living reference that consolidates links, tips, gotchas, and best practices. It arose from discussion and editing over beers by several engineers who have used AWS extensively.

Before using the guide, please read the license and disclaimer.

This is an early in-progress draft! It’s our first attempt at assembling this information, so is far from comprehensive still, and likely to have omissions or errors.

Please help by joining the Slack channel (we like to talk about AWS in general, even if you only have questions — discussion helps the community and guides improvements) and contributing to the guide. This guide is open to contributions, so unlike a blog, it can keep improving. Like any open source effort, we combine efforts but also review to ensure high quality.

When to Use AWS

Which Services to Use

There are now enough cloud and “big data” enterprise companies and products that few can keep up with the market landscape.

We’ve assembled a landscape of a few of the services. This is far from complete, but tries to emphasize services that are popular with AWS practitioners — services that specifically help with AWS, or a complementary, or tools almost anyone using AWS must learn. Suggestions to improve this figure? Please file an issue.

Many services within AWS can at least be compared with Google Cloud offerings or with internal Google services. And often times you could assemble the same thing yourself with open source software. This table is an effort at listing these rough correspondences. (Remember that this table is imperfect as in almost every case there are subtle differences of features!)

Please help fill this table in.

Selected resources with more detail on this chart:

It’s important to know the maturity of each AWS product. Here is a mostly complete list of first release date, with links to the release notes. Most recently released services are first. Not all services are available in all regions; see this table.

Getting Help and Support

Restrictions and Other Notes

Associate level certifications were once required as pre-requisites to taking the Professional examinations - this is no longer the case.

A great challenge in using AWS to build complex systems (and with DevOps in general) is to manage infrastructure state effectively over time. In general, this boils down to three broad goals for the state of your infrastructure:

Much of what we discuss below is really about how to improve the answers to these questions.

There are several approaches to deploying infrastructure with AWS, from the console to complex automation tools, to third-party services, all of which attempt to help achieve visibility, automation, and flexibility.

The first way most people experiment with AWS is via its web interface, the AWS Console. But using the Console is a highly manual process, and often works against automation or flexibility.

So if you’re not going to manage your AWS configurations manually, what should you do? Sadly, there are no simple, universal answers — each approach has pros and cons, and the approaches taken by different companies vary widely, and include directly using APIs (and building tooling on top yourself), using command-line tools, and using third-party tools and services.

We cover security basics first, since configuring user accounts is something you usually have to do early on when setting up your system.

Security and IAM Gotchas and Limitations

As an illustration of comparative features and price, the table below gives S3 Standard, RRS, IA, in comparison with Glacier, EBS, EFS, and EC2 d2.xlarge instance store using Virginia region as of Sept 2017.

Aurora is a cloud only database service designed to provide a distributed, fault-tolerant relational database with self-healing storage and auto-scaling up to 64TB per instance. It currently comes in two versions, a MySQL compatible system, and a PostgreSQL compatible system. 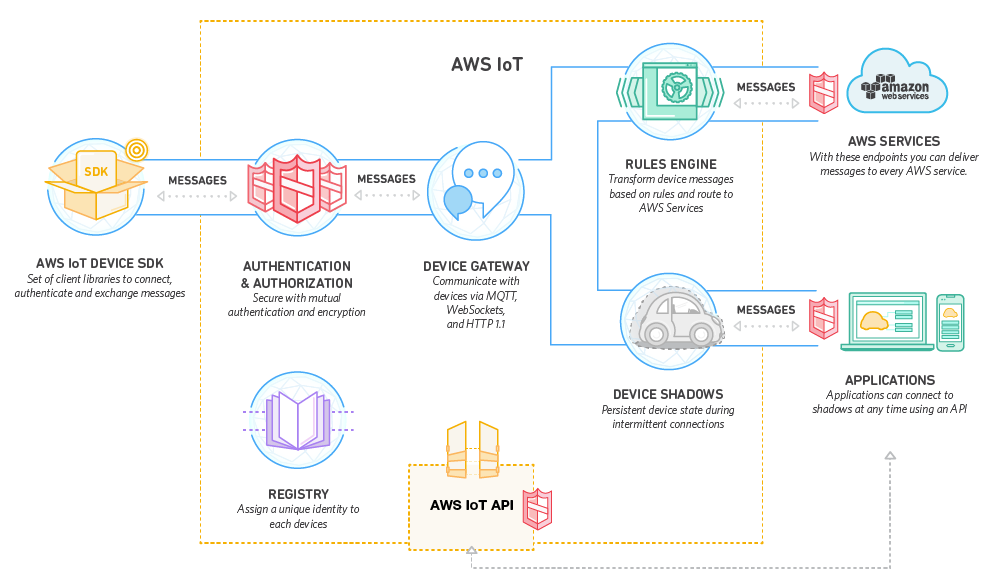 This section covers tips and information on achieving high availability. This section covers a few unusually useful or “must know about” resources or lists.

The authors and contributors to this content cannot guarantee the validity of the information found here. Please make sure that you understand that the information provided here is being provided freely, and that no kind of agreement or contract is created between you and any persons associated with this content or project. The authors and contributors do not assume and hereby disclaim any liability to any party for any loss, damage, or disruption caused by errors or omissions in the information contained in, associated with, or linked from this content, whether such errors or omissions result from negligence, accident, or any other cause.