Cavil is a legal review system for the Open Build Service. It is used in the development of openSUSE Tumbleweed, openSUSE Leap, as well as SUSE Linux Enterprise. 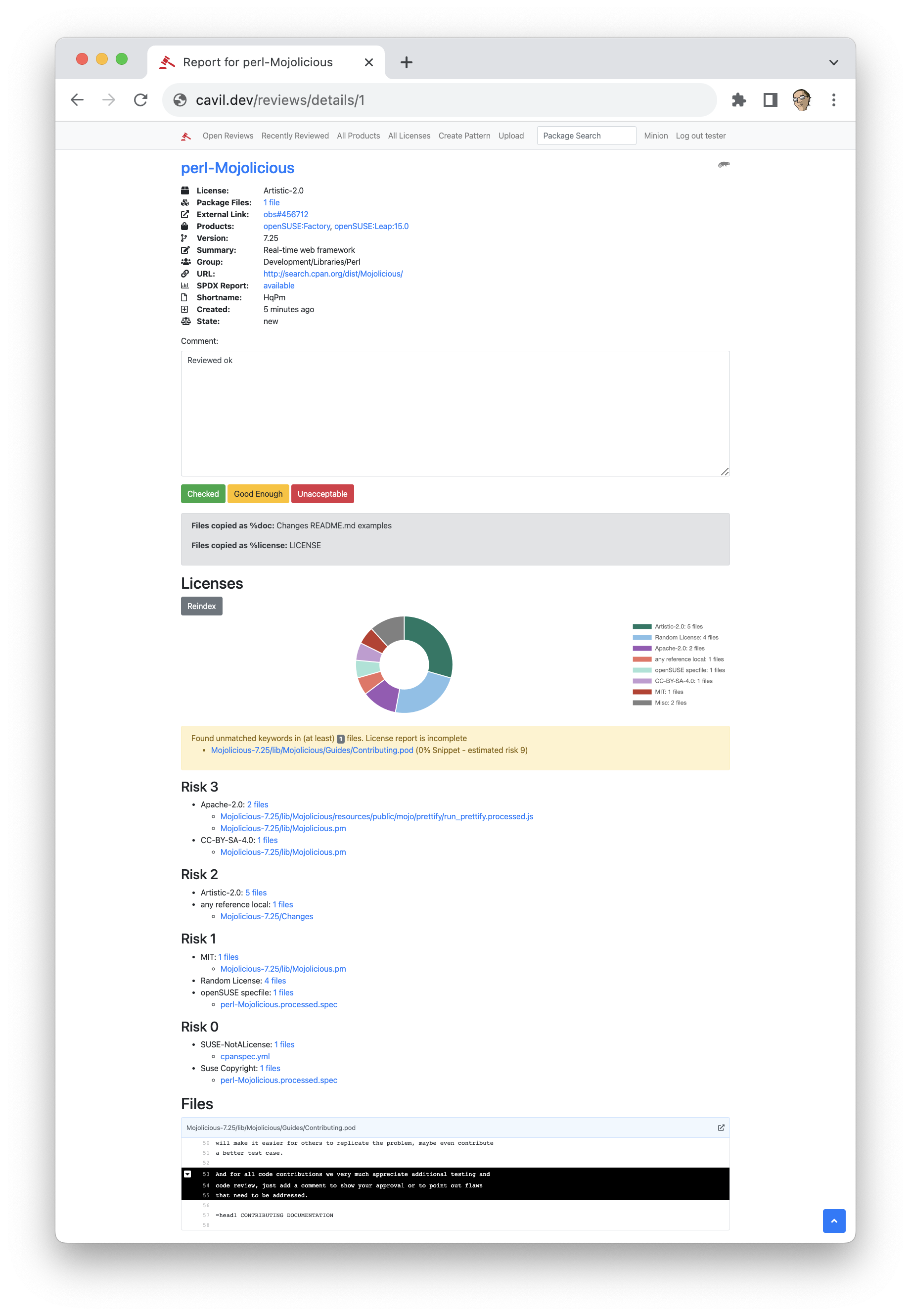 This distribution contains the two main components of the system. A Mojolicious web application that lawyers can use to efficiently review package contents, and Minion background jobs to process and index packages, to create easy to digest license reports.

Additionally there is large curated set of license patterns the SUSE lawyers have created included in this distribution. Currently this set consists of over 20000 patterns for all known Open Source licenses.

The easiest way to connect OBS to Cavil is the legal-auto.py bot from the openSUSE Release Tools repository. But you can also upload tarballs directly for analysis.

The easiest way to get started with Cavil is the included staging scripts for setting up a quick development environment. All you need is an empty PostgreSQL database (with the pgcrypto extension activated) and the following dependencies:

Then use these commands to set up and tear down a development environment:

The morbo development web server will make the web application available under http://127.0.0.1:3000. And script/cavil minion worker will start the job queue for processing background jobs.