libcardiacarrest is a trivial implementation of libpulse* PulseAudio library API that unconditionally (but gracefully) fails to connect to the PulseAudio daemon and does **nothing** else.

apulse and pressureaudio (which uses apulse internally) are an inspiration for this but unlike those two projects libcardiacarrest is not an emulation layer, all it does is it gracefully fails to provide the requested PulseAudio service hoping the application would try something else (e.g. ALSA or JACK).

Many apps can be built with PulseAudio support, many people want that support, many other people (e.g. me) freak out at the single mention of linking against PulseAudio libraries (see below).

This project provides a way to produce software artifacts that work for both camps without building two different versions of everything.

The general framework is as follows:

The intended use of this is

But you can also use it backwards by running with the original libs by default and overriding with libcardiacarrest for selected apps (e.g., the browser) or whatever.

So you linked your mpv with libcardiacarrest.

The point is that libcardiacarrest is not an emulation layer, it just gracefully fails to provide the requested service.

Why not just link against the original PulseAudio libs and run no daemon then?

I don’t want a single executable bit of PulseAudio on my machine. 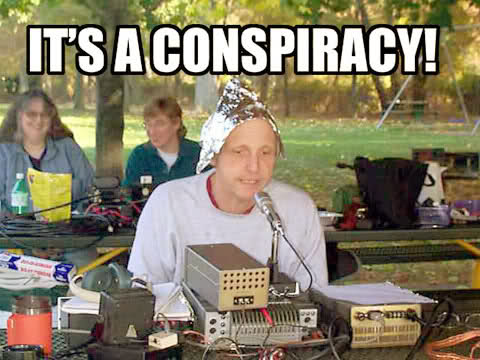 Well, okay, any technical arguments against it?

Even if all the code paths in the original libpulse with no daemon available would have lead straight to errors (which is not the case, it does a lot of shit even without a daemon and tries to spawn a daemon at every corner) I would still prefer to link against libcardiacarrest in case I f*ck something up in my config.

Just read the sources (and then you, too, would try to stay away from it forever).

But an app I want doesn’t run without PulseAudio!

But I need an audio daemon!

Like with X11, most likely, you do not. ALSA does software mixing by default for a decade now (but a lot of documentation on the net is outdated). Primary sound cards, bluetooth headsets, per-application soft volume, (comes out-of-the-box with ALSA 1.1.6) and quasi-dynamic output switching can be configured with a couple of lines of asound.conf.

However, like with X11, sometimes you do need a daemon, and if you need an audio daemon you should use sndio or JACK (I prefer v1 as it doesn’t require dbus). Their library-to-daemon protocols are much simpler (sndio’s is simply trivial), library API is much cleaner (sndio’s one fits on a single page), they don’t lag, they introduce no latency, and they also do MIDI, not just PCM. Unfortunately, neither of them is a default choice in Ubuntu, so relatively few apps target them (but almost all pro-audio apps have JACK support).

For uncooperative apps you can use apulse to go PA->ALSA and then alsa-plugins to go ALSA->JACK. Works for me, YMMV.

If you have to run PulseAudio at least don’t simply attach it to untrusted data sources. Including the browser. I recommend you to run Firefox with apulse/pressureaudio to make it play over pure ALSA and then use pulse module of alsa-plugins to go from ALSA back to PA. Yes, I really do recommend doing apulse->ALSA->PA->ALSA instead of the normal libpulse->PA->ALSA. This way Firefox gets no direct access to PulseAudio daemon.

libcardiacarrest only implements PA mainloop and context creation, everything else either pretends to do something but does absolutely nothing, returns errors, or simply aborts the whole process (when it’s unclear how to do something saner without writing a lot of code).

libcardiacarrest wants to be the minimal amount of code required to make all the (sane) apps think that libpulse works, but the daemon is not available. Insane uses of the API like modifying lots of PA-structures before ever trying to connect to the daemon will cause the process to abort, it’s by design, fix your app (or report my misunderstanding of your sanity).

In total, libcardiacarrest logic is implemented in ~100 LOC of fairly trivial code, everything else is just PA cruft (yep, it’s a lot).

The only dependencies are libc and glib.

Everything. APIs are identical.

What works (gracefully fails) with libcardiacarrest?

I’m running with libcardiacarrest on all of my machines without any issues. Everything I ever tried running under this works. Xfce desktop, KDE5 desktop, firefox, chromium, mpv, mplayer, cmus, SDL1, SDL2, various official and unofficial pulseaudio tools, etc.

Everything that failed to work with this (pamixer, cubeb) was fixed and patches were accepted upstream.

Accepted both via GitHub issues and PRs, and via email (including patches formatted with git-format-patch).