flutterw is a tiny, open source shell script which downloads and executes the Flutter SDK with the exact version defined in your project respository. It encourages the idea that upgrading Flutter should happen per project, not per developer. Thus upgrading Flutter with flutterw automatically upgrades Flutter for your co-workers and on the CI servers.

The Flutter Wrapper will add the Flutter SDK as a git submodule to your project. It pins the version and the channel.

This project is inspired by the gradle wrapper.

Open the Terminal, navigate to your project root and execute the line above.

From now on use ./flutterw instead of flutter

If you're a VScode user link the new Flutter SDK path in your settings $projectRoot/.vscode/settings.json (create if it doesn't exists yet)

Use with IntelliJ / Android Studio 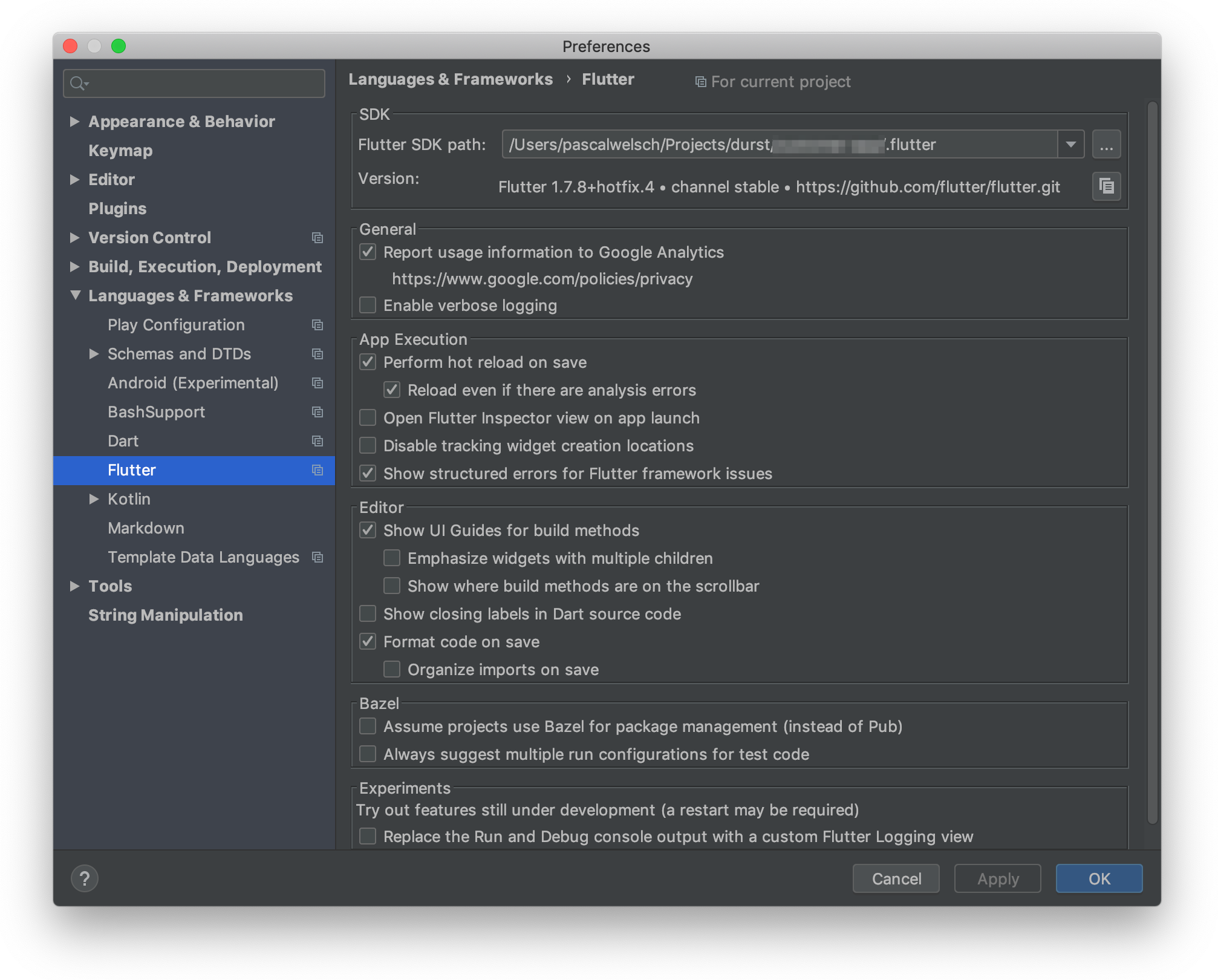 Add this step to the onboarding guidelines of your projects because this has to be done for every developer for every project using flutterw.

Flutter Wrapper doesn't require any special command to update Flutter. Run ./flutterw channel <stable|beta|dev|master> to change the channel or update to the lastest version of a given channel.

To update the flutter wrapper to the latest version run the install command again:

Sorry to let you go! Removing submodules is hard, that's why I did the hard work for you. Simply run this command from the root of your flutter project and the uninstall script will cleanup everything.

You can create a new Flutter project without installing Flutter globally on your machine.