FriendMapper is a WebGL application that graphs your friendship connections across a virtual 3D globe.

It uses the Facebook Graph API to poll the hometowns, workplaces, and universities of your friends. It then resolves these locations into GPS coordinates and plots "arcs" that represent a connection across the globe.

You can click on an individual arc to obtain more information about the location and connection it represents. 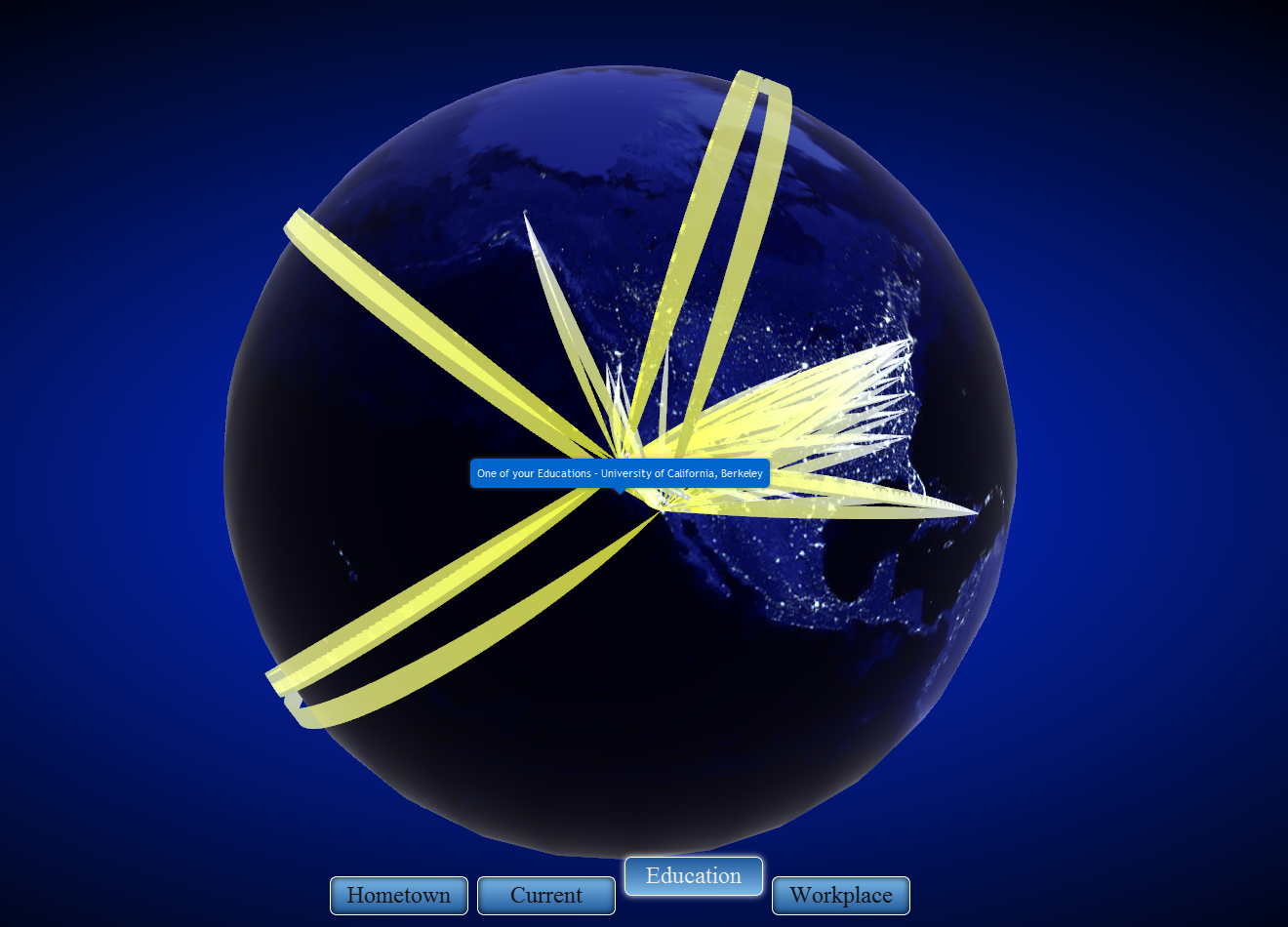 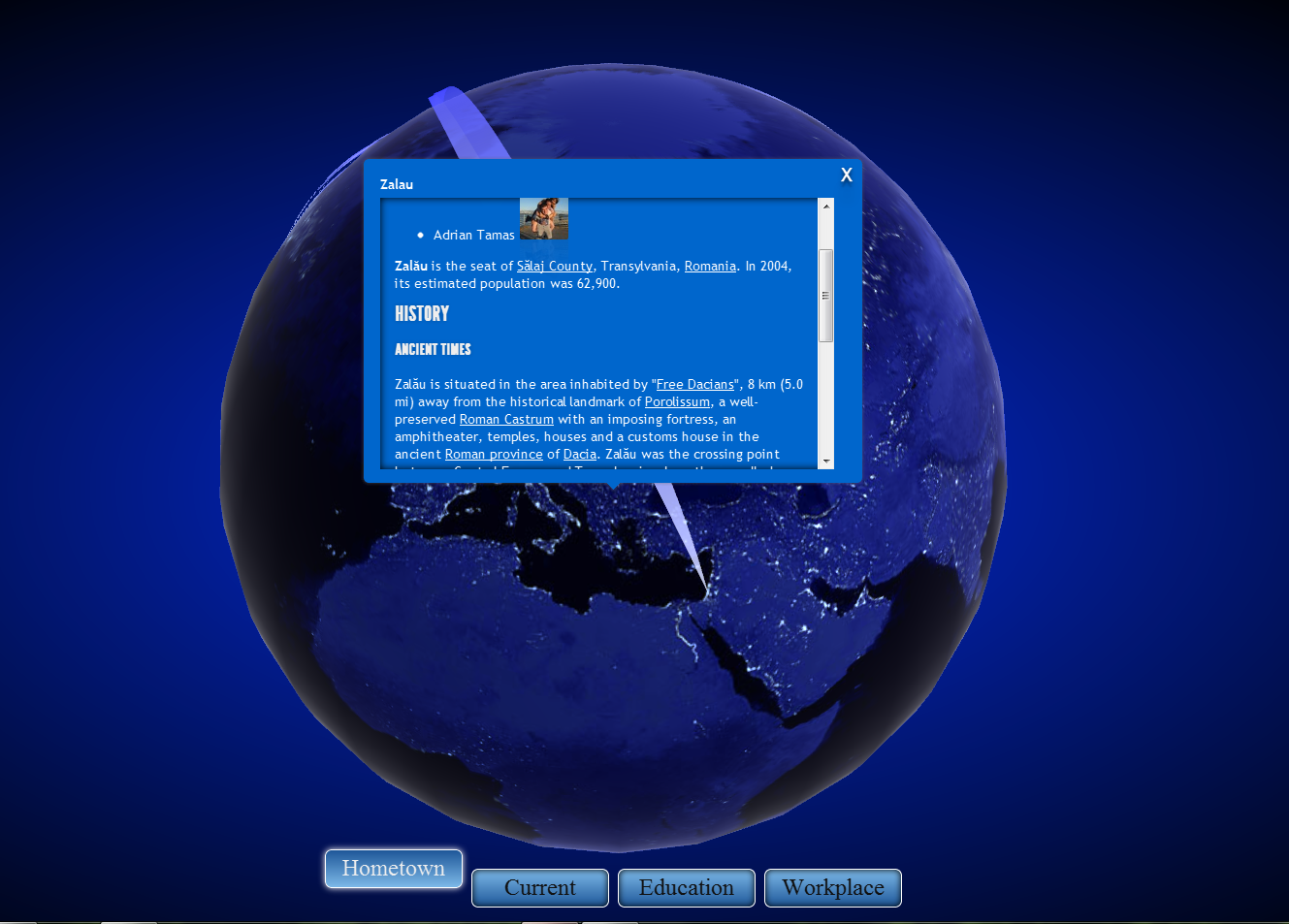 If you would like to see a demo of the application rather than logging in (and launching a WebGL app), a short youtube video is available here

This application was written before Facebook introduced the 'additional fields' feature for the Graph API. This means that I have to perform two roundtrips to lookup all the hometowns and universities for a user's friends, and then a third roundtrip to get GPS coordinates. Even though these queries are batched, I often exceed the maximum request rate for the Graph API and the application only displays a portion of the available data.