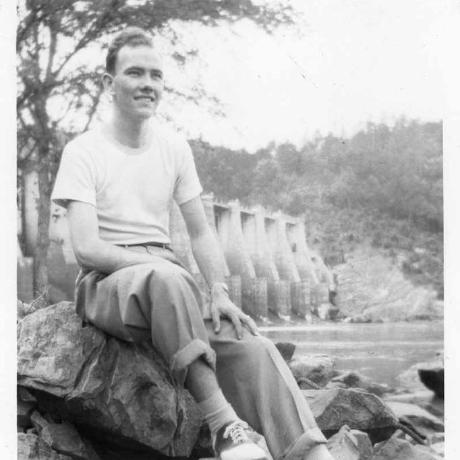 I live in Albemarle, NC. I first became interested in computing in the late 1970s. I recall seeing some early Apple computers at Columbia State Community College in Columbia, TN. Students such as I were working on terminals attached to a mainframe.

I took a few more classes at Central Carolina Technical College in Sumter, SC. Students were working on terminals attached to DEC PDP-11. I enjoyed a course in BASIC programming far more than any of the other courses. Only when I had my own pc in 1988 did computers become less of a mystery. I was able to understand the file sturcture and MS-DOS.

The profile picture is a picture of my father, Robert Forrest Lowder, below Falls Dam on the Yadkin River. I'm pretty sure my mother took the picture in the late 1940s.

70 contributions in the last year