Renders images in the terminal. 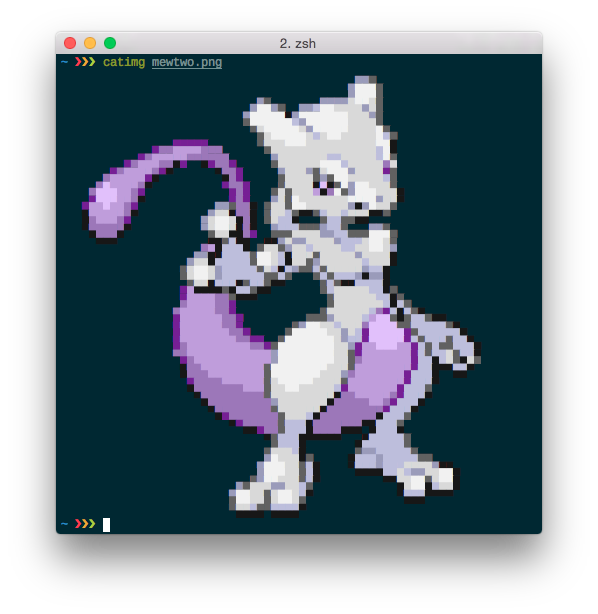 catimg is a little program written in C with no dependencies that prints images in terminal. It supports JPEG, PNG and GIF formats. This program was originally a script that did the same by using ImageMagick convert.

In order to use the script you need:

By using unicode characters catimg will try to display pictures in higher resolution. You can force the resolution with the -r option. 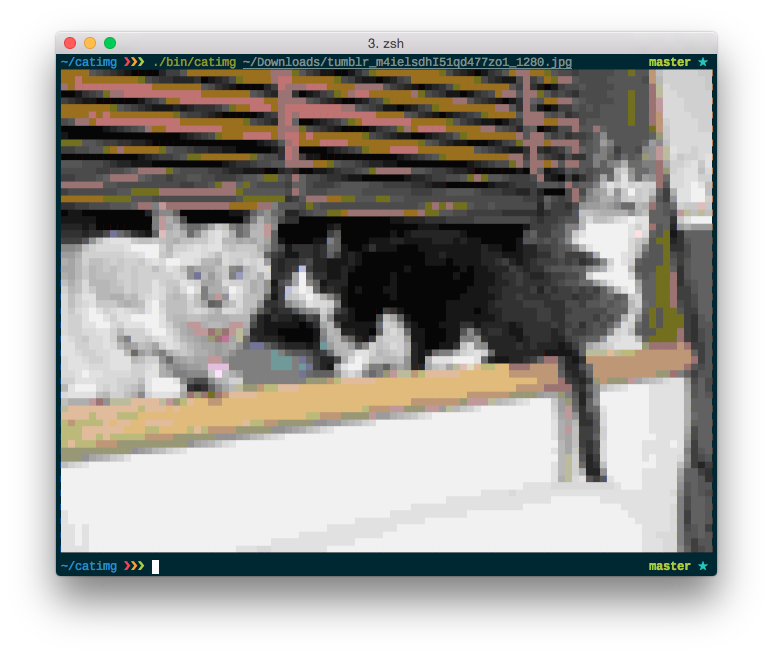 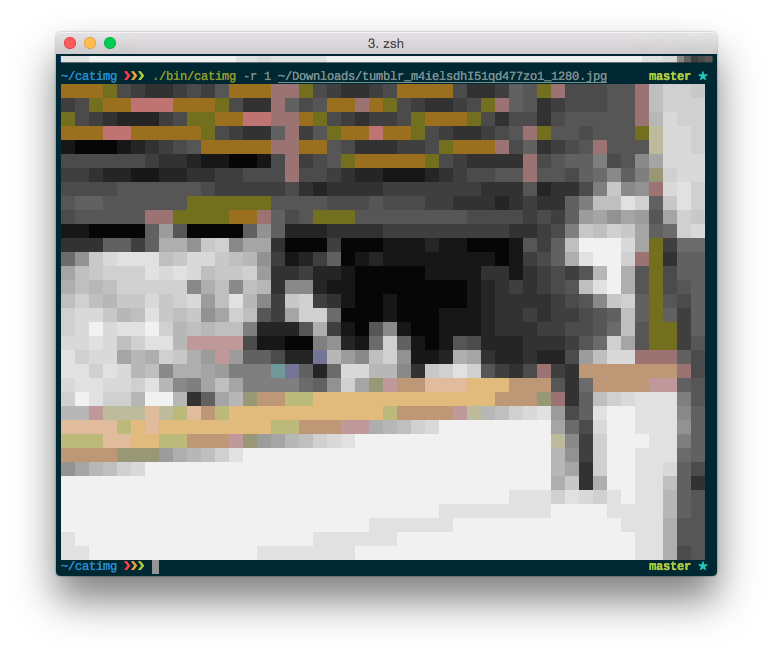 Differences between Script and C version

I'm open to any contributions that helps catimg! If you find bugs, please create an issue or do a pull request .

Hey dude! Help me out for a couple of !