Checkout Pencil v3 from Evolus - But Backup Your Data First! 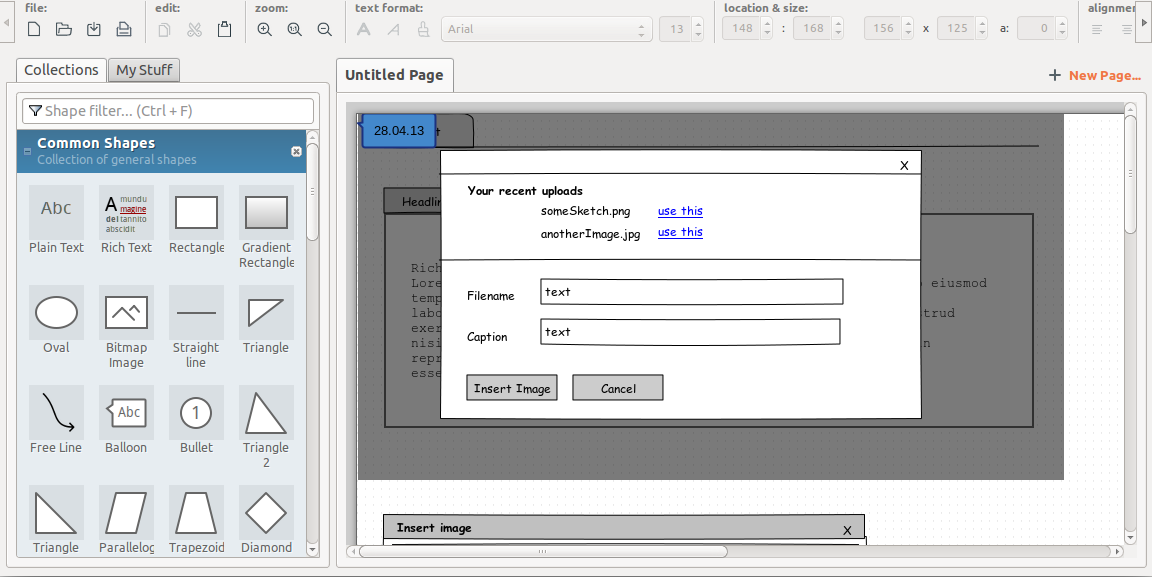 Pencil v3 is in development by Evolus, future work on this fork will be minimal.

Pencil v3 files are not backwards compatible, be sure to backup your data!

This project was originally hosted on https://code.google.com/p/evoluspencil/ & was abandoned around 2013. This fork was started for new development on March 13th, 2015.

Additional collections are available on the Original Stencil Download Page.

You can also install the Firefox Add-on from the Mozilla Add-on Repository.

To install the OS X package, unzip the archive and copy the Pencil.app folder to your Applications directory.

Pencil can be installed as Firefox Extension, instead of a standalone application. To build the extension's XPI file:

A Pencil-*-linux-pkg.tar.gz package will also be created. This contains Pencil nested within the directory structure that most Linux distributions expect(under /usr/share and /usr/bin) along with an executable, a desktop entry & mimetype information. This can be used for creating distribution-specific packages.

You'll need curl installed so you can pull the Windows XULRunner runtime and NSIS to compile the installer.

This should place an installer exe in the Outputs/ folder.

This will create a Pencil.app folder in Outputs/Mac and a compressed version in Outputs/.

To build the docs locally you'll need Sphinx along with some plugins, which are easily installable using Python's pip installer:

The output files will be put in /docs/build/.

You don't have to be a programmer to contribute! All feature requests & bug reports are appreciated.

If you make changes that affect users, please update CHANGELOG.md.

For lots more information on getting started developing on Pencil, check out the Developer's Documentation.

This fork is released under GPLv2 like it's parent codebase.