FLAT is written in javascript with jquery on a backend of Python using the Django framework. The FoLiA Document Server (https://github.com/proycon/foliadocserve) , the back-end of the system, is written in Python with CherryPy and is used as a RESTful webservice.

FLAT is open source software developed at the Centre of Language and Speech Technology, Radboud University Nijmegen. It is licensed under the GNU Public License v3. The project is funded in the scope of the larger CLARIAH project.

At the far back-end is the FoLiA Document Server, which loads the requested FoLiA documents, and passes these as JSON and HTML to the middle layer, the FLAT server, this layer in turn passes edits formulated in FoLiA Query Language (FQL) to the Document Server. The user-interface is a modern web-application interacting with the FLAT server and translates interface actions to FQL.

FLAT distinguishes several modes, between which the user can switch to get another take of a document with different editing abilities. There are currently three modes available, and a fourth one under construction:

In the viewer and editor mode, users may set an annotation focus, i.e. an annotation type that they want to visualise or edit. All instances of that annotation type will be coloured in the interface and offer a global overview. Moreover, the editor dialog will automatically present fields for editing that type whenever a structure element (usually a word/token) is clicked.

FoLiA distinguishes itself from some other annotation formats by explicitly providing support for corrections (on any annotation type, including text) and alternative annotations. In FLAT these are categorized as edit forms, as they are different forms of editing; the user can select which form he wants to use when performing an annotation.

The site administrator can configure in great detail what options the user has available and what defaults are selected (for annotation focus for instance), as a full unconstrained environment (which is the default) may quickly be daunting and confusing to the end-user. Different tasks ask for different configurations, so multiple configurations per site are possible; the user chooses the desired configuration, often tied to a particular annotation project, upon login.

FLAT Documentation can be found in the form of the following three guides:

Moreover, a screencast video has been created to show FLAT in action and offer an impression of its features:

For some impressions of FLAT, take a look at the following screenshots: 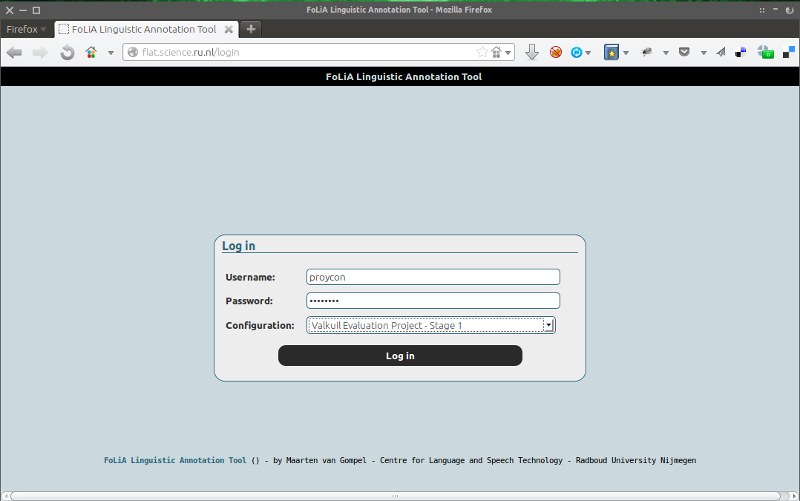 Document index, showing namespaces accessible to the user and the documents within. 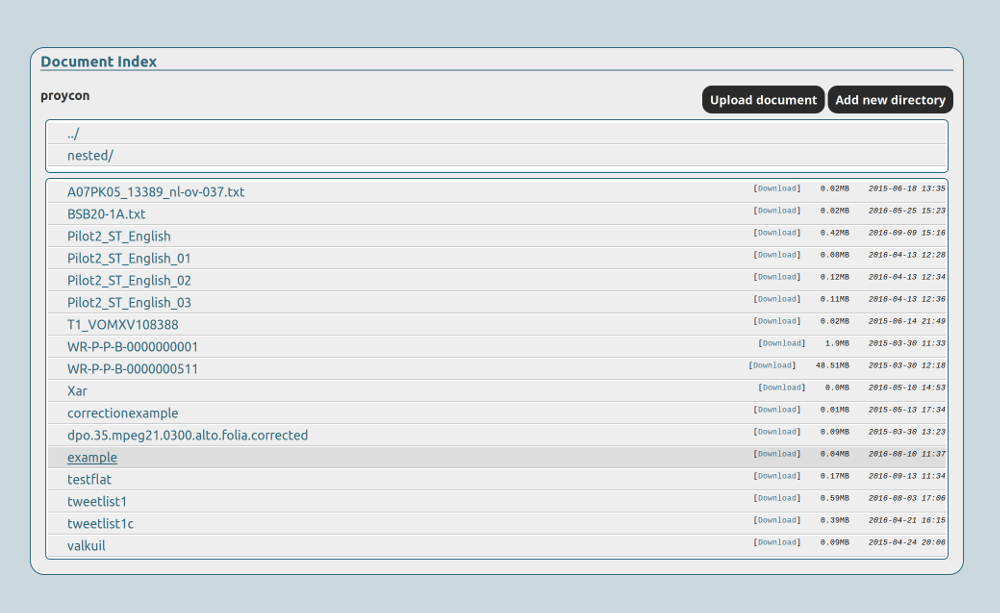 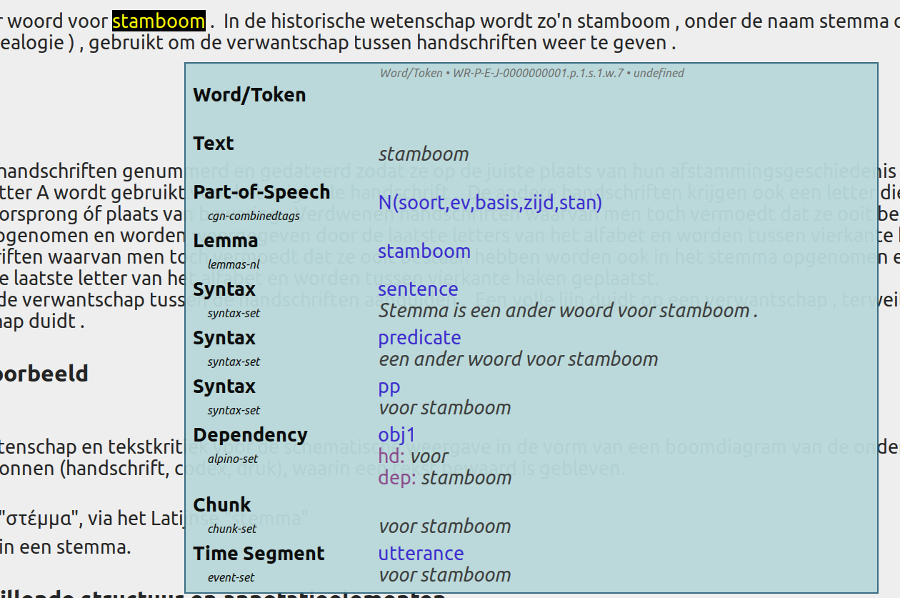 A particular annotation focus can be set to highlight the most frequent classes in that set:

Editing a named entity in a set for which a set definition is available: 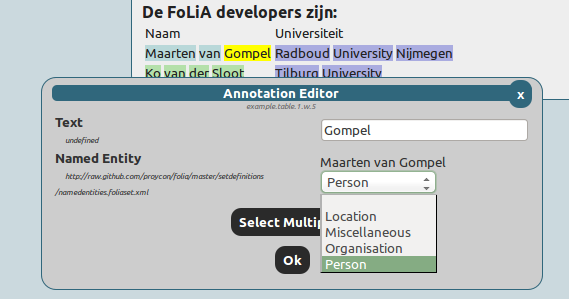 Correcting a word in a spelling-annotation project:

Proper right-to-left support for languages such as Arabic, Farsi and Hebrew. 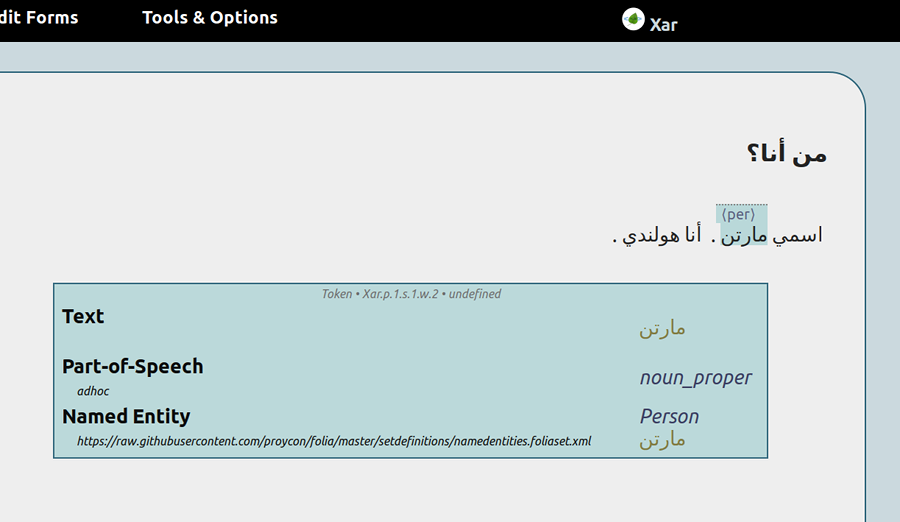 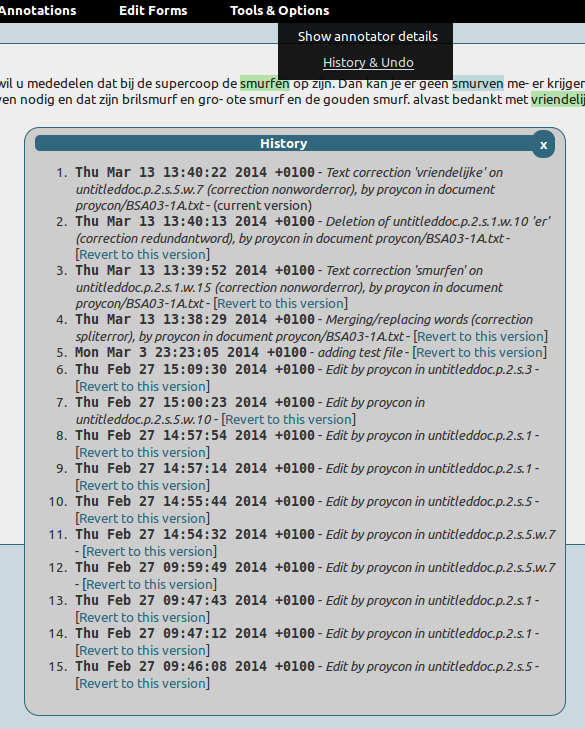 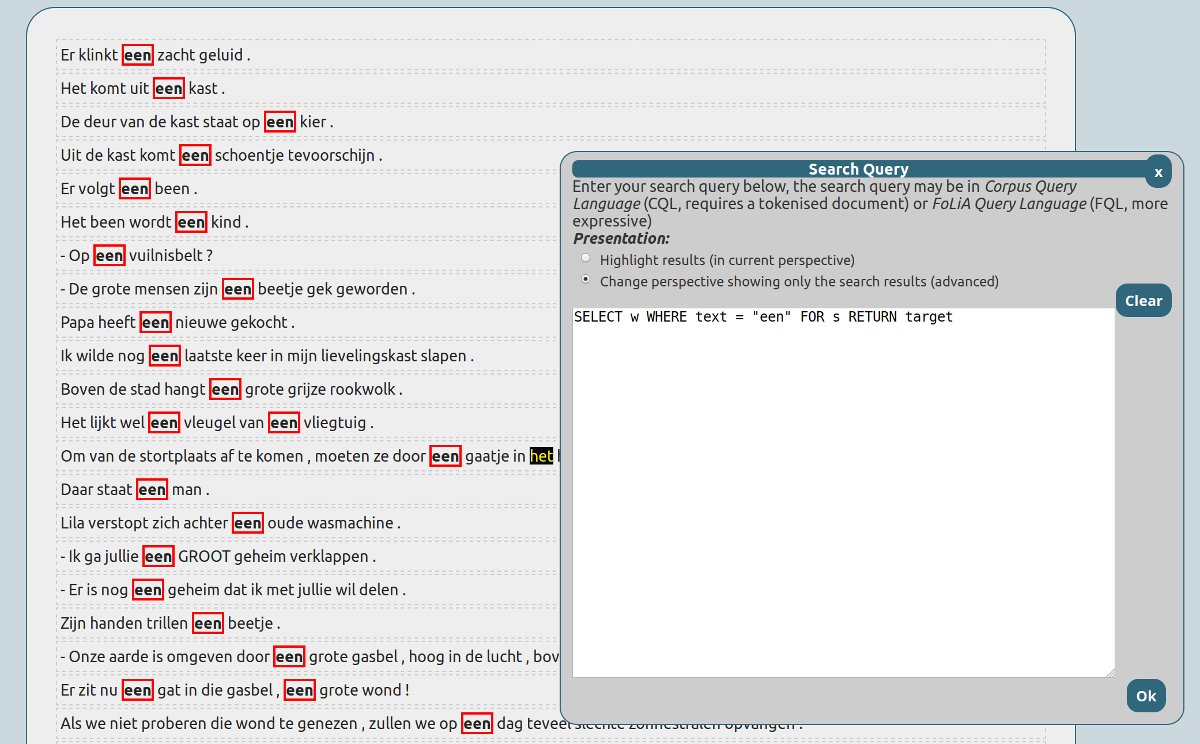 Tree visualisation of syntax and morphology: 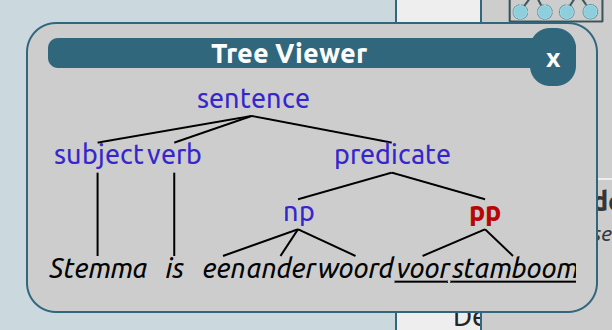 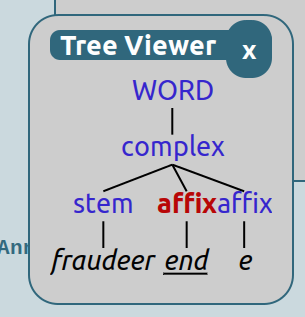