This is a crude modification of https://github.com/elm-native-ui/elm-native-ui to update to 0.17 and explore the possibility of writing elm react-native apps without having to write native javascript. The approach taken is an evolution of this experiment: https://github.com/prozacchiwawa/elm-worker-runner-example , which uses cleanly separated javascript code to host an elm worker and together make a console app. It seemed like the same approach would be workable in a variety of scenarios including react-native, which I've recently been learning about.

Currently, I've only modified index.android.js to work like this. I don't anticipate the ios version to be much different.

About the elm code

What's required of a react native elm app in this scenario is to have a main value that is a result of NativeUi.NativeApp.program applied to a mostly standard elm program configuration:

What's new here is a couple of ports that we use to couple to the outside world and pass into our program starter.

The program starter in turn doesn't use the normal view function (just returns an empty text blob), but instead emits a first render from the init value of the underlying Html.App.program as a Cmd, and each time an app message rolls through the update function, another rerender in the form of a Cmd. Since ports are now functions in elm 0.17, calling the renderPort function with some renderable stuff winds up giving us a token for a side effect, a Cmd msg.

Similarly, the event port is part of the real app's subscriptions and receives events from react native.

NativeUi.NativeApp has been modified to scan the emitted VTree data from the user's render function and extract two sets of information:

When react fires an event, a pair of (String, Json.Decode.Value) is passed through the port and mated with the stored decoder corresponding to the given key. If the decoder works, then the result is handled as a message to the client elm app. The key names are created unique for a specific render by NativeApp and don't need user intervention.

index.android.js is a total wreck of a mess, but contains the details of the vtree decoding and event binding, which is mostly stolen from elm-native-ui, but streamlined slightly. If this is to be more than an experiment, this hosting code will have to be written to accept arbitrary elm components, and do some other tasks like automatically keeping a list of registered react components for the VTree to reference. At this point, I mainly want to start a discussion.

The app is nothing to look at, but this is what I came up with with some centering and spacing: 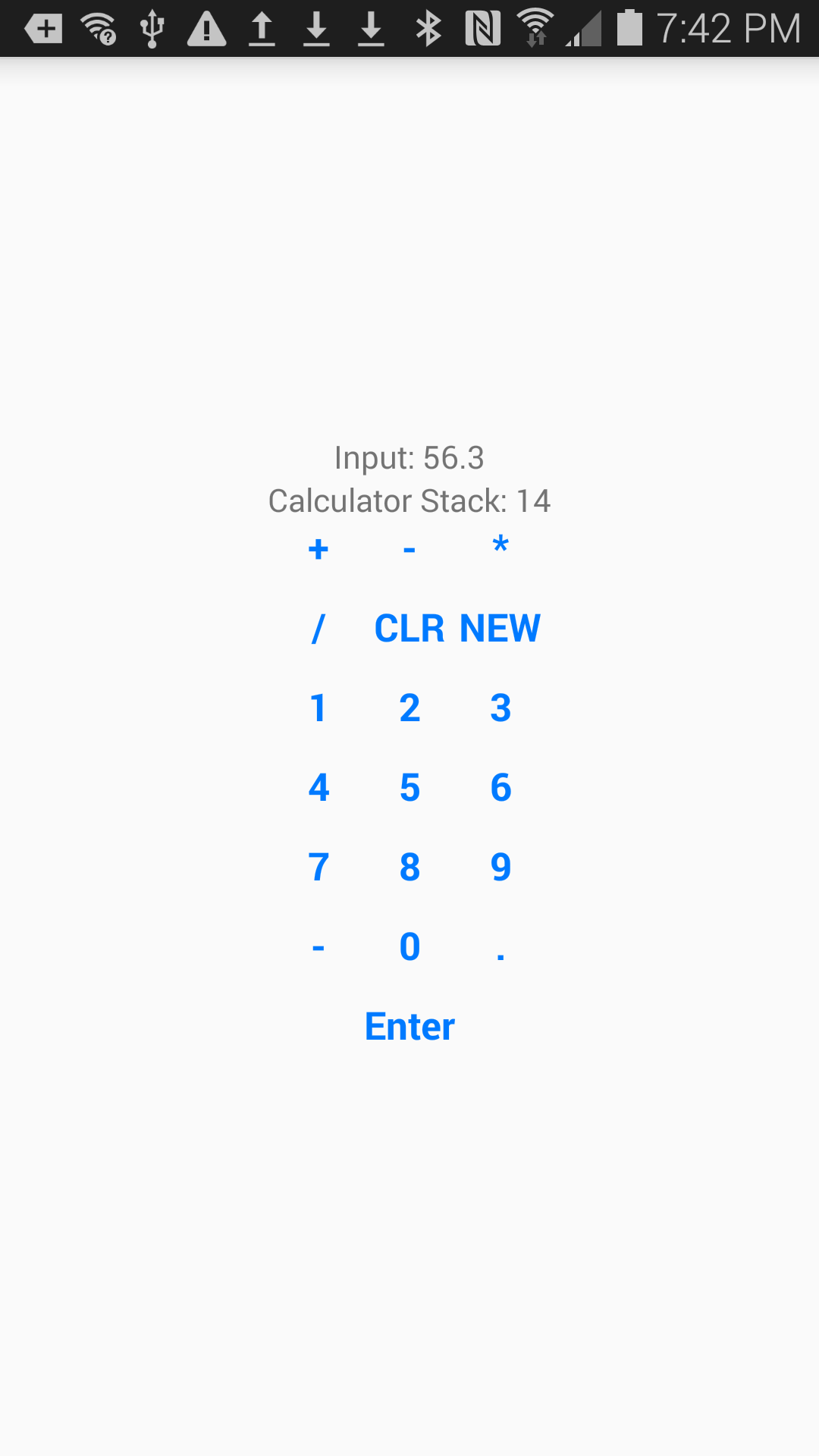