NOTE: This is a fork of the main StackSync desktop client repository that supports Hybris as storage backend.

NOTE: This is BETA quality code!

StackSync (http://stacksync.com) is an open source Personal Cloud that implements the basic components to create a synchronization tool.

In general terms, StackSync can be divided into three main blocks: clients (desktop and mobile), synchronization service (SyncService) and storage service (OpenStack Swift). An overview of the architecture with the main components and their interaction is shown in the following image. 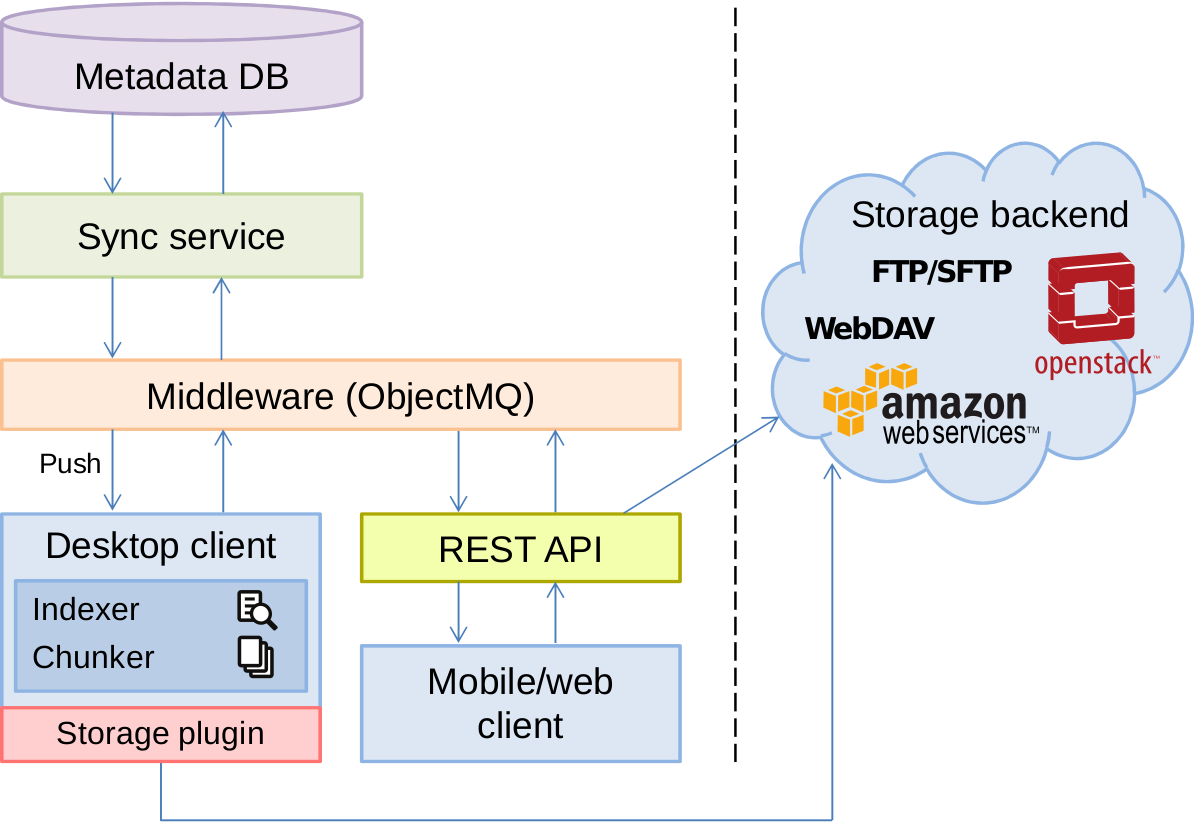 As storage backend this version of StackSync supports both OpenStack Swift, and Hybris.

This repository contains desktop client code. StackSync client is a fork of the Syncany project developed by Philipp Heckel (http://www.syncany.org/).

StackSync is an application that monitors local folders and synchronizes them with a remote repository. It interacts with both the synchronization and storage services. The first one handles metadata communication, such as time stamps or file names, and the second one is in charge of raw data.

Some of the main features of the client are: 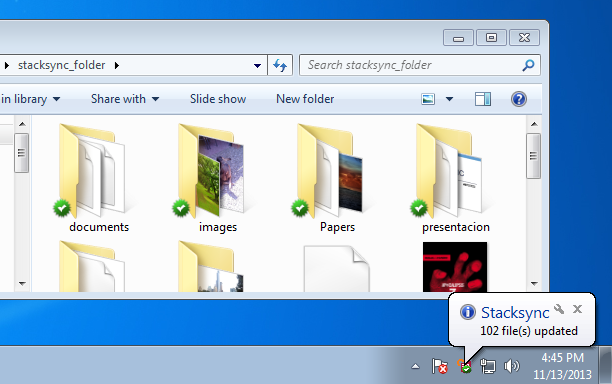 You just need to assemble the project into a JAR using Maven:

This will generate a "target" folder containing a JAR file called "desktop-client-X.X-jar-with-dependencies.jar"

NOTE: if you get an error (BUILD FAILURE), cleaning your local Maven repository may fix the problem.

Under the folder packaging/debian there is the Makefile to create the deb file.

We have a NSIS script that creates an installer (here). Of course, it requires NSIS to be installed in your system. build.xml can be configured to create the installer automatically.

The installer will create a folder in ~\AppData\Roaming\stacksync_client with the jars and the dependencies. It will also add a shortcut, install the overlays and make StackSync autoexecutable when Windows starts.

NOTE: You have to take into account that the default installer script will execute the Updater.jar instead of Stacksync.jar. This is because the updater will check for new updates and then it will launch StackSync. If you don't want to use the updater, you have to change the script.

NOTE 2: Our overlays only work fine on Windows 7. We have to fix them in Win XP and 8.

StackSync is fully functional on Mac OS, but it lacks desktop integration (no overlays and notifications aren't beautiful enough)

We don't have a dmg file, but we are working on it.

If you don't want to install StackSync in your computer, you can directly execute Stacksync.jar:

You can add some parameters:

For the moment, we are going to use the github issue tracking.

StackSync is licensed under the GPLv3. Check license.txt for the latest licensing information.