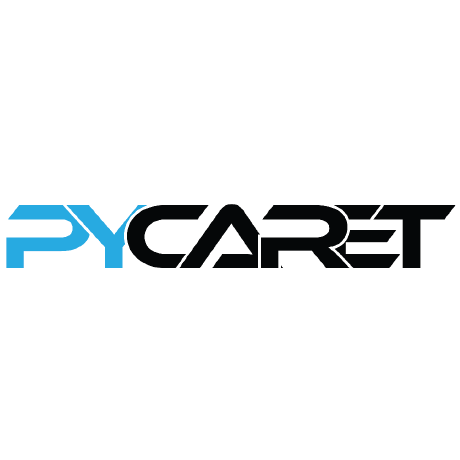 In comparison with the other open-source machine learning libraries, PyCaret is an alternate low-code library that can be used to replace hundreds of lines of code with few words only. This makes experiments exponentially fast and efficient. PyCaret is essentially a Python wrapper around several machine learning libraries and frameworks such as scikit-learn, XGBoost, LightGBM, CatBoost, spaCy, Optuna, Hyperopt, Ray, and many more.

The design and simplicity of PyCaret is inspired by the emerging role of citizen data scientists, a term first used by Gartner. Citizen Data Scientists are power users who can perform both simple and moderately sophisticated analytical tasks that would previously have required more expertise. Seasoned data scientists are often difficult to find and expensive to hire but citizen data scientists can be an effective way to mitigate this gap and address data-related challenges in the business setting.

PyCaret >= 2.2 provides the option to use GPU for select model training and hyperparameter tuning. There is no change in the use of the API, however, in some cases, additional libraries have to be installed as they are not installed with the default slim version or the full version. The following estimators can be trained on GPU.

If you are using Google Colab you can install Light Gradient Boosting Machine for GPU but first you have to uninstall LightGBM on CPU. Use the below command to do that:

cuML >= 0.15 cannot be installed on Google Colab. Instead use blazingSQL (https://blazingsql.com/) which comes pre-installed with cuML 0.15. Use following command to install pycaret:

Who should use PyCaret?

PyCaret is an open source library that anybody can use. In our view the ideal target audience of PyCaret is:

THE SOFTWARE IS PROVIDED "AS IS", WITHOUT WARRANTY OF ANY KIND, EXPRESS OR IMPLIED, INCLUDING BUT NOT LIMITED TO THE WARRANTIES OF MERCHANTABILITY, FITNESS FOR A PARTICULAR PURPOSE AND NONINFRINGEMENT. IN NO EVENT SHALL THE AUTHORS OR COPYRIGHT HOLDERS BE LIABLE FOR ANY CLAIM, DAMAGES OR OTHER LIABILITY, WHETHER IN AN ACTION OF CONTRACT, TORT OR OTHERWISE, ARISING FROM, OUT OF OR IN CONNECTION WITH THE SOFTWARE OR THE USE OR OTHER DEALINGS IN THE SOFTWARE. © 2020 GitHub, Inc.

949 contributions in the last year