utility for emulating a USB HID keyboard with the USBArmory

Utility for emulating a USB HID keyboard with the USBArmory. Kind of compatible with DuckyScript. 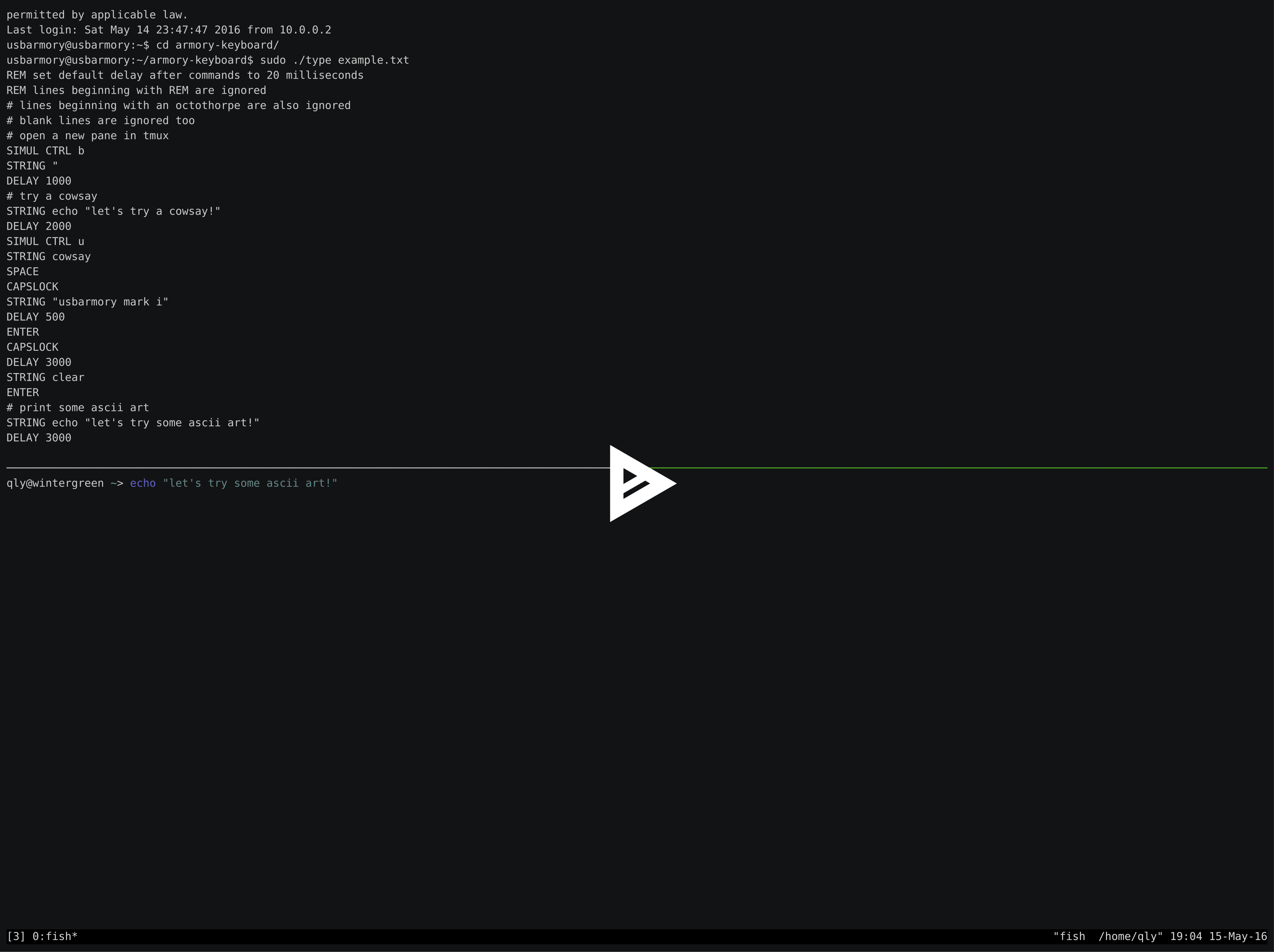 The resultant binary is located in build/. You must build on the USBArmory or cross-compile.

First, setup your USBArmory to emulate a USB HID keyboard, either manually through ConfigFS or by executing the provided shell script hid-ecm.sh (written by Collin Mulliner). The script expects to be running on the Debian Jessie base image provided by Inverse Path, but should be easily adaptable to other images.

The interpreter will interpret the script and send the generated HID reports to the specified file. In the typical use case, this will be a HID character device such as /dev/hidg0. If no device is specified, the default is /dev/hidg0.

Originally, the interpreter was going to be compatible with DuckyScript. However, DuckyScript has weird and unnecessary limitations that don't really correspond to the capabilities of HID, so instead I opted with a syntax based mostly on DuckyScript with a few modifications to enhance capability and ease-of-use. It should be fairly straightforward to convert DuckyScripts to...uh...ArmoryDuckyScripts? We'll go with that.

Syntax is identical to DuckyScript, with the following exceptions:

Examples are located in the examples/ directory.

See the DuckyScript wiki for further documentation on syntax.

Support for Unicode and arbitrary keyboard layouts was added in c0e032c. Layout files may be specified with the -l option. The format of a layout file is as follows:

Here is a brief excerpt of the English/US layout:

And of the Albanian 452 layout:

For your convenience, I compiled a map of keycodes for a standard keyboard. Characters for the English/US layout have been left in for readability, but regardless of what character is on a given key the keycode is the same. With this map and a little patience it is easy to add support for whatever keyboard layout you wish.

Fork & PR! Open to improvements and bugfixes (there are almost certainly bugs).

utility for emulating a USB HID keyboard with the USBArmory