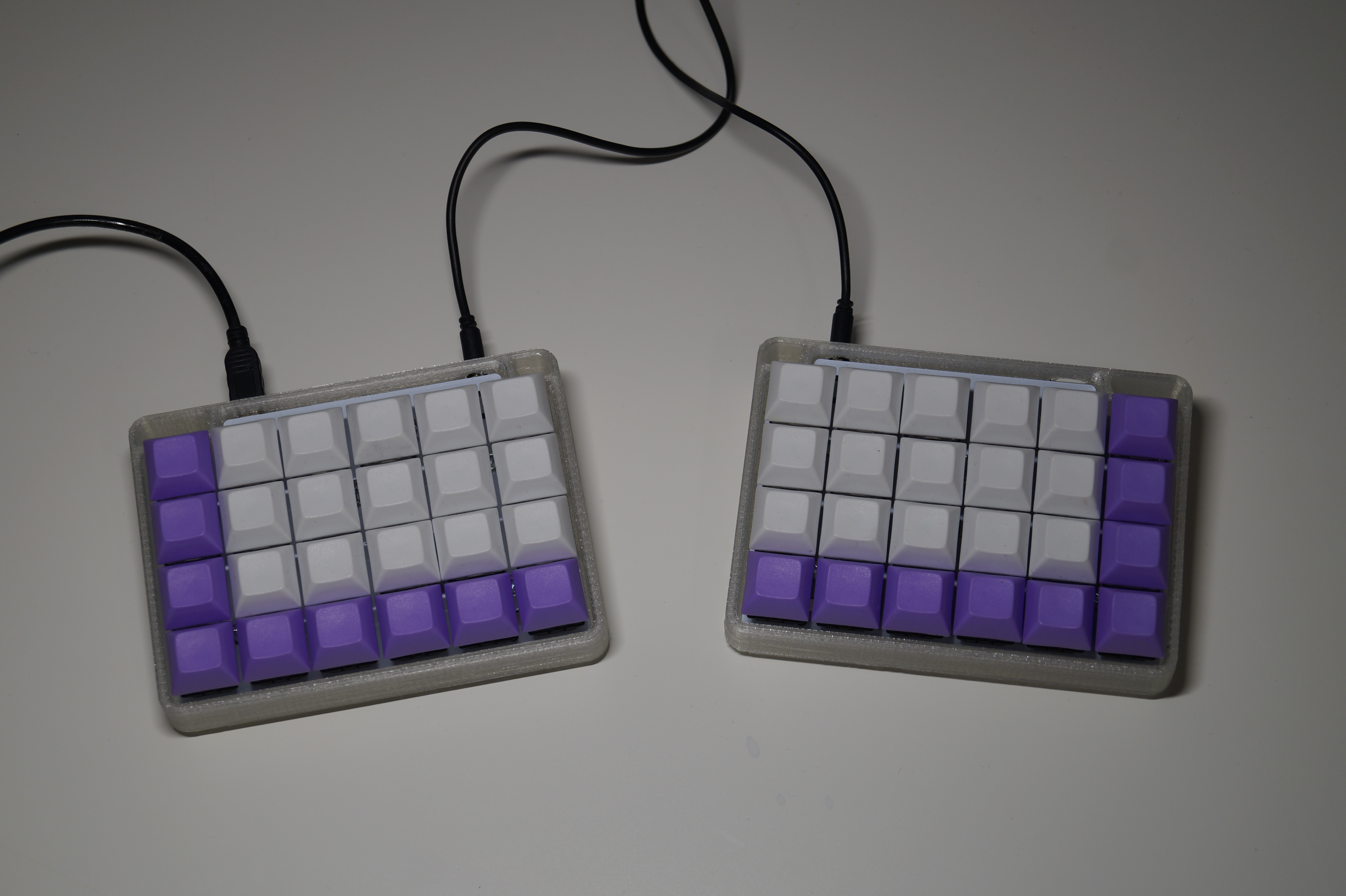 Some features supported by the firmware:

A speaker can be hooked-up to the footprint on the PCBs. It is already enabled in the default firmware.

WS2812 LEDs can be added to the board. Check the different revision readme for specifics.

On the left half PCB, there's two pads labled I2C Pullup if you want to use I2C, you need to bridge those two solder jumpers with a soldering iron.

You can change your configuration between serial and i2c by modifying your config.h file.