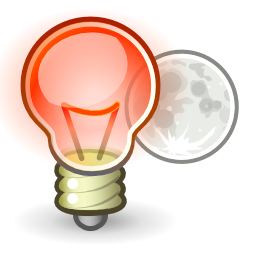 Run redshift -h for help on command line options. You can run the program as redshift-gtk instead of redshift for a graphical status icon.

See the file HACKING for more details on building from source.

Where can I find my coordinates to put in the configuration file?

There are multiple web sites that provide coordinates for map locations, for example clicking anywhere on Google Maps will bring up a box with the coordinates. Remember that longitudes in the western hemisphere (e.g. the Americas) must be provided to Redshift as negative numbers.

Why doesn't Redshift work on my Chromebook/Raspberry Pi?

Certain video drivers do not support adjustable gamma ramps. In some cases Redshift will fail with an error message, but other drivers silently ignore adjustments to the gamma ramp.

Why doesn't Redshift change the backlight when I use the brightness option?

The Wayland protocol does not support Redshift. There is currently no way for Redshift adjust the color temperature in Wayland.

Why doesn't Redshift work on Ubuntu with Mir enabled?

Mir does not support Redshift.

The redness effect is applied during the day instead of at night. Why?

This usually happens to users in America when the longitude has been set in the configuration file to a positive number. Longitudes in the western hemisphere should be provided as negative numbers (e.g. New York City is at approximately latitude/longitude 41, -74).

Why does the redness effect occasionally switch off for a few seconds?

Why does the redness effect continuously flicker?

You may have multiple instances of Redshift running simultaneously. Make sure that only one instance is running for the display where you are seeing the flicker.

Why doesn't Redshift change the color of the mouse cursor?

Mouse cursors are usually handled separately by the graphics hardware and is not affected by gamma ramps. Some graphics drivers can be configured to use software cursors instead.

I have an issue with Redshift but it was not mentioned in this FAQ. What do I do?

Please go to the issue tracker and check if your issue has already been reported. If not, please open a new issue describing you problem.