A Kotlin multiplatform (Android/iOS) name game. Player is shown a picture of a cat or dog and must guess the name. User can select from Cats, Dogs. The app utilizes the following:

Building and testing the Android App can be completed with: ./gradlew build or install with: ./gradle androidInstall or opened and ran in Android Studio

The iOS workspace in /iOS/NameGame can be open and ran from xCode or AppCode. A run script has been added to the build phase that will compile the common code into a framework which can be used for the project.

Views in this arch are truely 'dumb' - they should contain nearly no logic. They are responsible for rendering the view based on the ViewState given to them by the presenter. They are implemented for each platform and utilize native UI SDKs and libs for each platform. Android uses Fragments and iOS uses UIViewControllers. 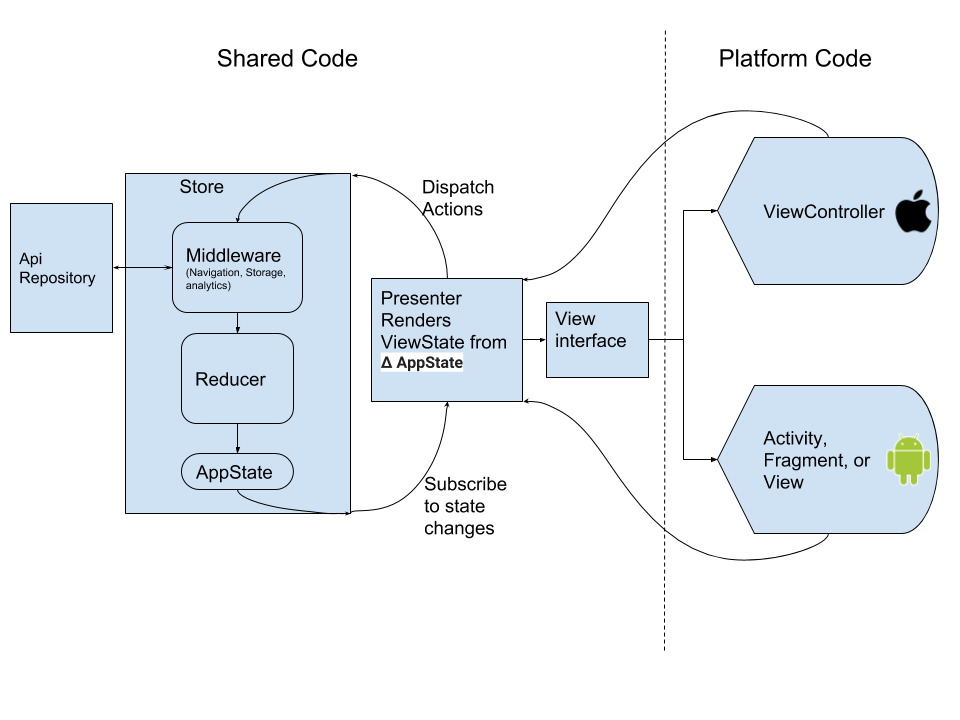 In redux world there are many ways to handle creation of async actions. Thunks have been used in this app. NetworkThunks and TimerThunks both use coroutines to launch concurrent operations that dispatch actions.