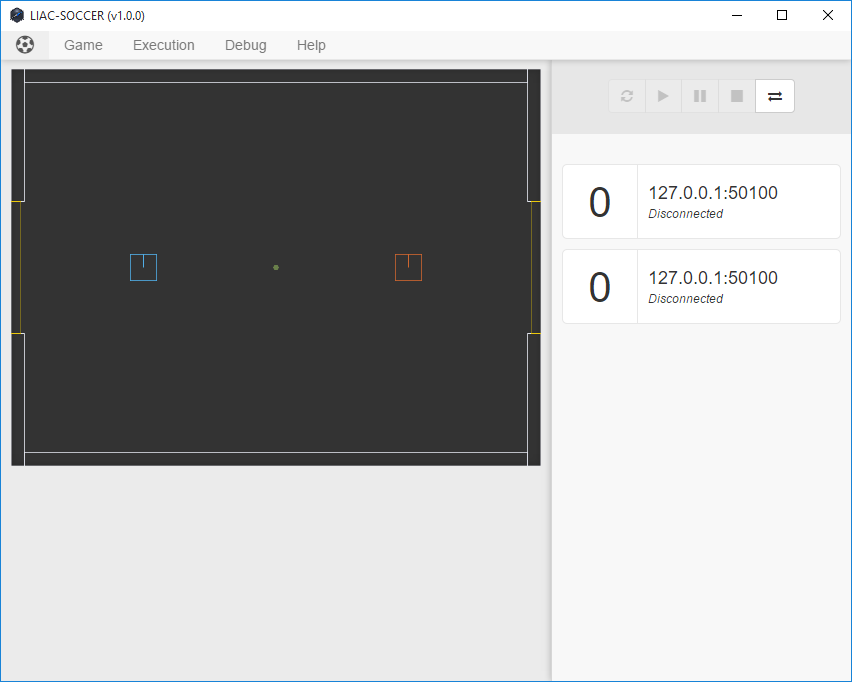 Liac-soccer is being developed by the Connectionist Artificial Intelligence Laboratory (LIAC), which takes place at Federal University of Rio Grande do Sul (UFRGS), Brazil. This software was designed to be used in didactic activities for neural network and fuzzy systems classes. The goal of Liac-soccer is to provide a soccer sandbox so students can test their algorithms.

After downloading the source, run:

The former installs a bunch of NodeJS modules, which are used on the building system and some dependences of the desktop application. The last installs the javascript vendor libraries, such as Bootstrap and JQuery.

During development you can run this app in a web browser, which makes things easier to test (but notice that most features won't work). To do this, you need to run:

To run the desktop version (with all features enabled):