I bought one of these APEMAN 4K action cameras, a cheap GoPro knockoff. 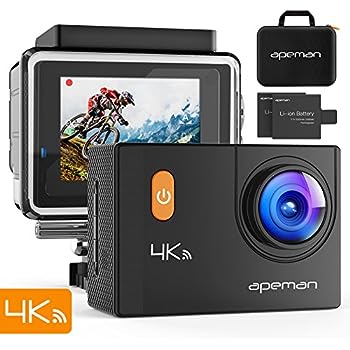 As far as I can tell, the APEMAN is using a digital camera SoC from Novatek; I don't know who wrote the software onboard.

The camera can be set to broadcast a Wi-Fi network, which allows you to use an app like CamKing to control it remotely. The app allows you to start and stop recording, take photos, and change some configuration settings.

This repo contains novatek.py, a very crummy wrapper around the HTTP API to allow you to do things like change configuration settings and list files. The behavior was reverse engineered from the iOS and Android versions of CamKing.

There should be other functions that I have not exposed yet. Most of the methods do not return useful values, or do any error checking at all.

A much nicer project that works with a very similar camera is over at Steven Hiscock's yidashcam.