Fountain Out - A Dynamically Generated Poem

Fountain Out is a dynamically generated poem that eventually converges to one word. It resets about once a day and converges differently each time. You may have to check back every now and then to watch it at different points before it converges, or to see where it converged that day. 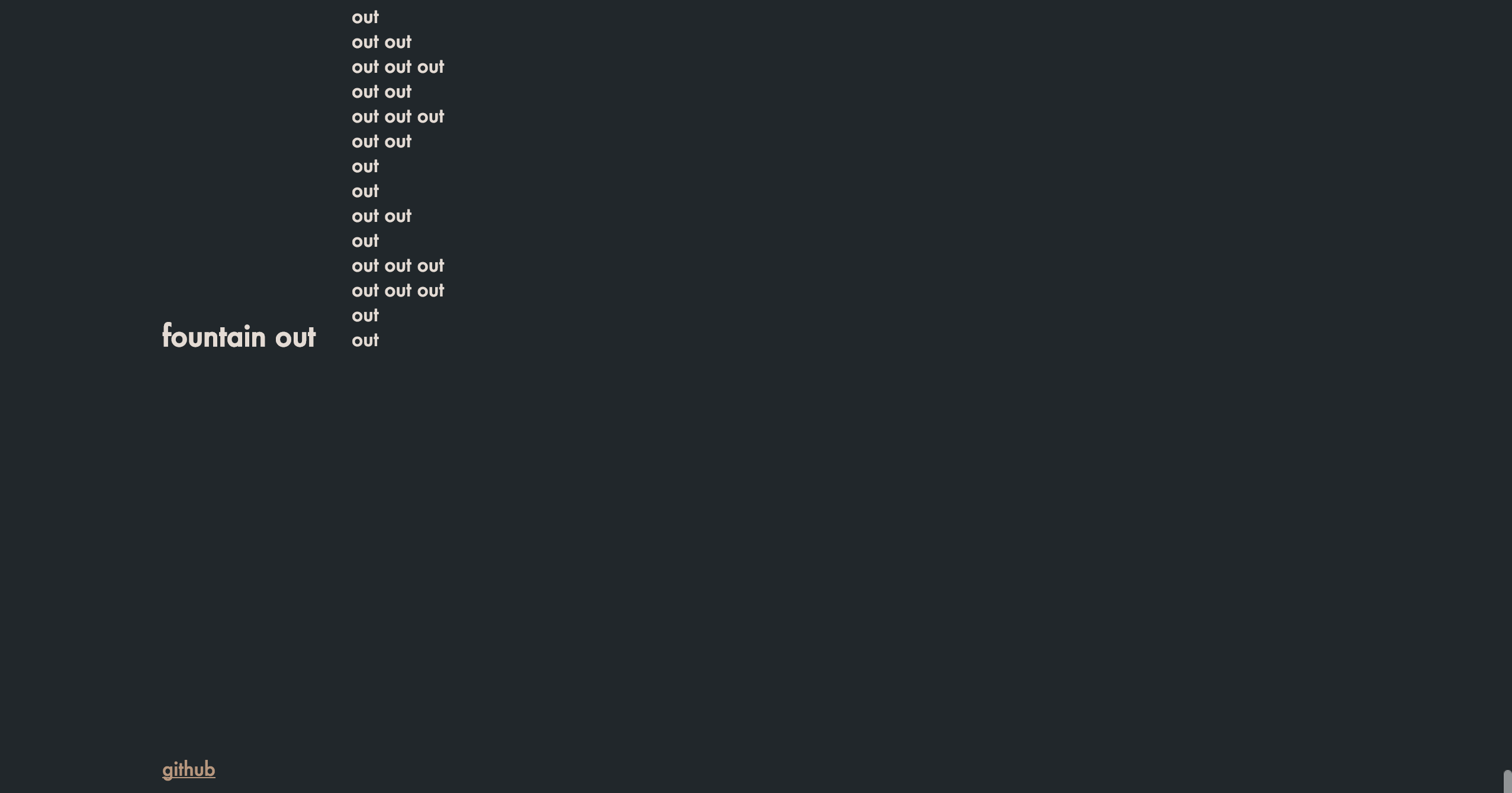