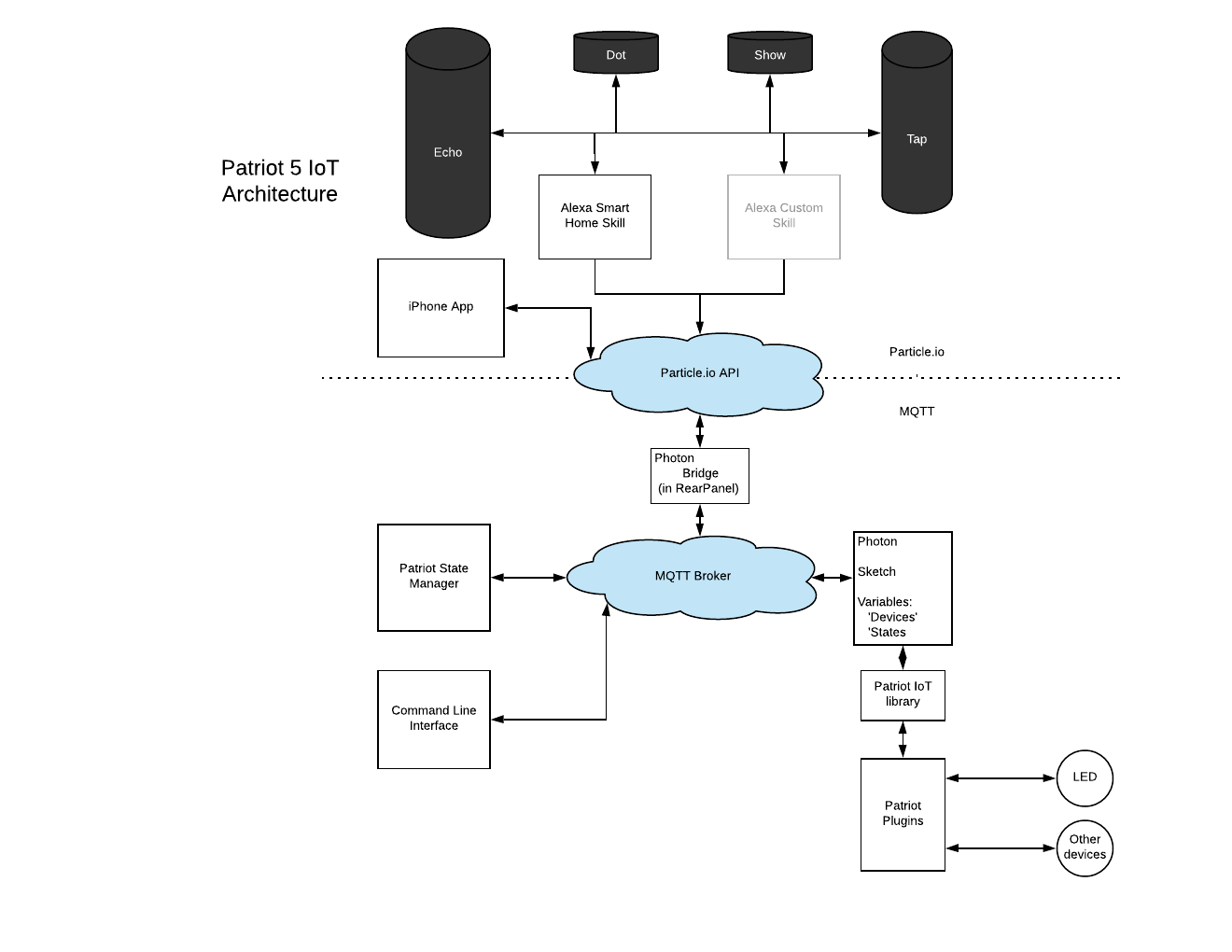 It is intended to help other hobbyists quickly create Internet-of-Things projects that can be controlled using Voice (Alexa) and iOS devices without having to recreate new Alexa skills or iOS apps.

This is a work in progress. Your Photon based IoT projects can be created using any of the standard particle.io development tools (Web IDE, Particle IDE, or Particle CLI).

The main objective is to allow the creation of networks of IoT devices that can communicate with each other, and is:

I've posted a short video showing it on YouTube.

Refer to Patriot iOS App and Alexa Controlled Photon Project without Alexa Coding on Hackster.io, or my blog at lisles.net for more information.

This repository contains the iOS control panel app that allows you to interact with Patriot devices using your 4s or newer iPhone. A separate Patriot-iOS6 reposity is used for code supporting older iPhones (3GS and 4) 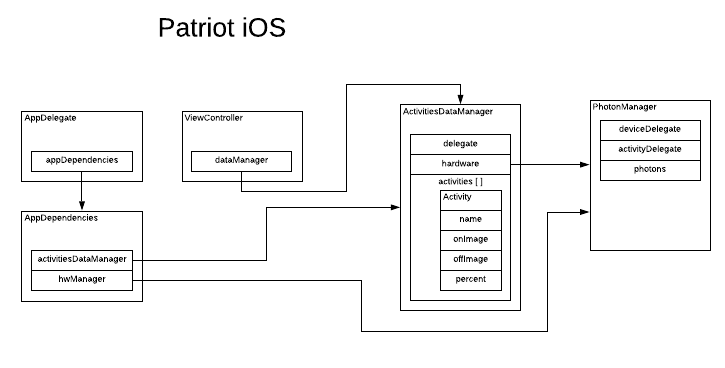 This app can be used to control devices from your iPhone or iPad. For example, you can use your old iOS devices as control panels to turn on and off devices that you implement using Photons.

In addition, I've created a separate iOS app that can run on older iOS devices. I use this to provide control panels by mounting unused, older iPhones directly to the wall in various places around my RV.

Currently the apps must be compiled in Xcode with your Particle.io credentials and downloaded to your iPhone or iPad manually, but I intend to allow the use of a single, published app using particle.io OAuth in the future. It remains to be seen whether Apple will allow certifying a hobbyist app such as this, but I'm going to try.

You will need to have at least one Photon installed on your account using one of the Patriot demo sketches. This will expose several variables that will be read by the iOS app during startup.

This code is very preliminary and could use improvement. If you encounter errors, here are some things to try:

Refer to the (Releases page)[https://github.com/rlisle/Patriot-iOS/releases] for release history.