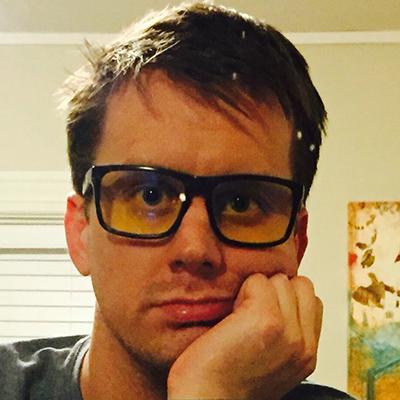 I am an ℝ&𝔻-oriented computer scientist, mathematician, and software engineer with broad experience. I have particular interests in compilers, programming languages, and virtual machines; computer vision and machine learning; and algorithm design and mathematical programming.

❝Looking to hire a computer scientist mathematician? I am looking to be hired! Let’s talk.❞

𝕎hat I’ve Been Up To

Things that I work on but not in the last few months:

Ask me about what I’ve been learning recently!

Passion. My favorite experiences are of solving problems nobody has ever solved before, finding the best known solutions to really hard problems, and learning new areas of math or cs that I didn't know about before—which I try to make a daily habit despite its affect on my technical book hoarding issue.

My experiences Mentoring—and being mentored—have been among the most rewarding of my career. I cannot imagine working in a role in which these experiences were not present in some form or another, whether mentoring junior devs or sitting at the feet of other experts, or something I have not yet imagined.

Skill Set. My skills slice across traditional boundaries between job categories, by which I mean what I can bring to an organization is usually not captured by a single narrow job description as one finds in typical job listings. My graduate training is in an esoteric branch of pure mathematics, and I have an undergraduate degree in computer science. I never left computer science. As a professor at an undergraduate teaching institution, I studied machine learning and computer vision with undergraduate research students. I simultaneously studied compilers and the theory of programming languages in my own research time.

By an accident of history, this particular unusual skill set, as eclectic as it seems, just happens to be a mix that allows easy entry into the problem spaces of society's most pressing challenges. That’s what I intend to do. I am moving to industry specifically to make a bigger impact with my skills and interests. Lately we have been working together on a variety of projects related to the pandemic and the international wildlife trade.

My Next Role. I have a very clear view of what my career is about. My vocation is to take a challenging problem, which is typically within mathematics or computer science or their application and often novel, learn the academic sub-fields relevant to the problem to near exhaustion, and produce a solution that is novel or improves on the state of the art.

I am also interesting in mentorship, both as a mentor and a mentee. It is very important to me that I work in an environment where saying, "I don't know," is the norm rather than an admission of guilt. A mutually supportive and constructive environment produces better science, superior products, and happier employees.

This is what Sourcerer.io says about my development directory. It is not entirely accurate. I am certain I have more C++ than reported, but I have never used DirectXTK. 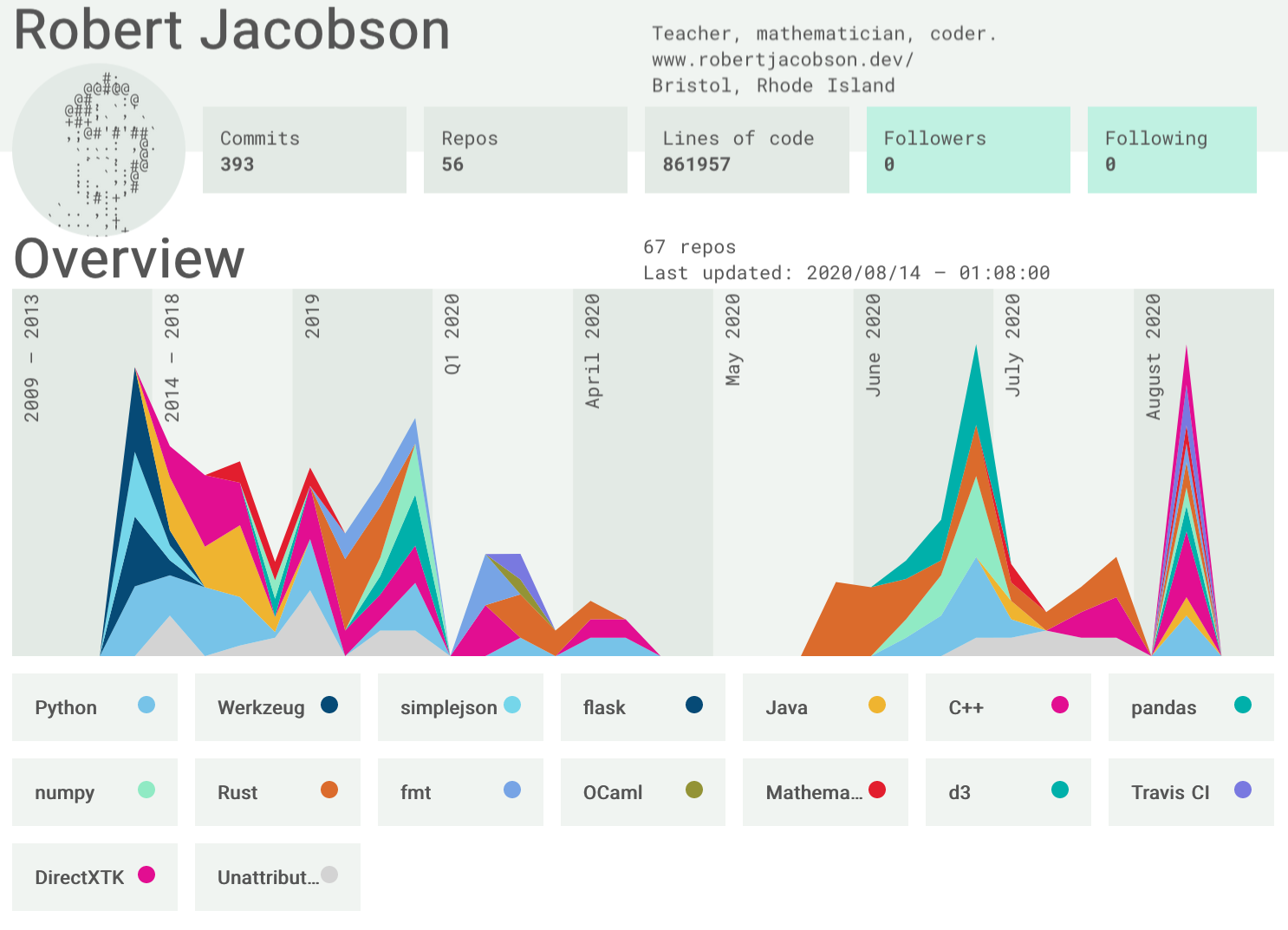 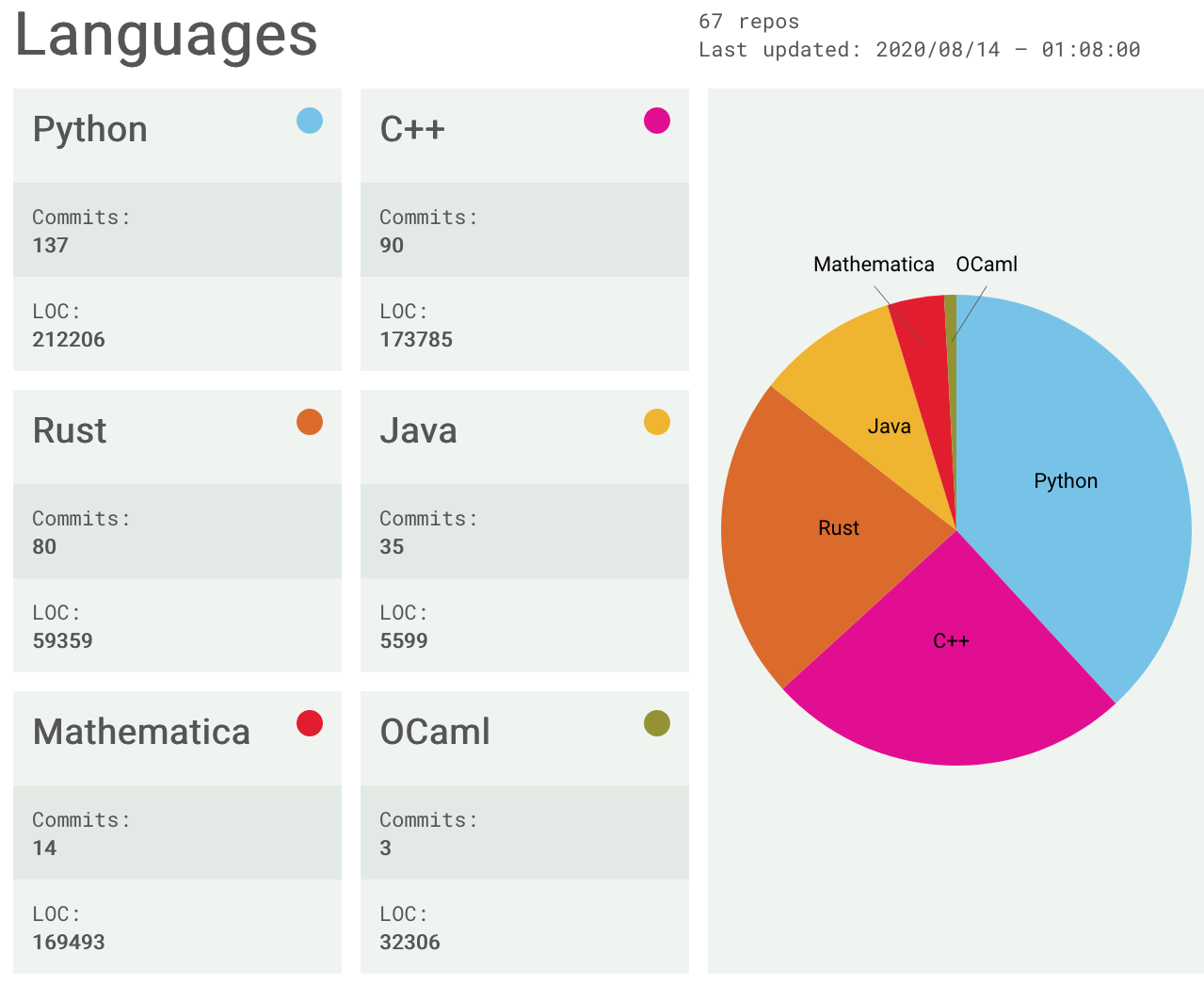 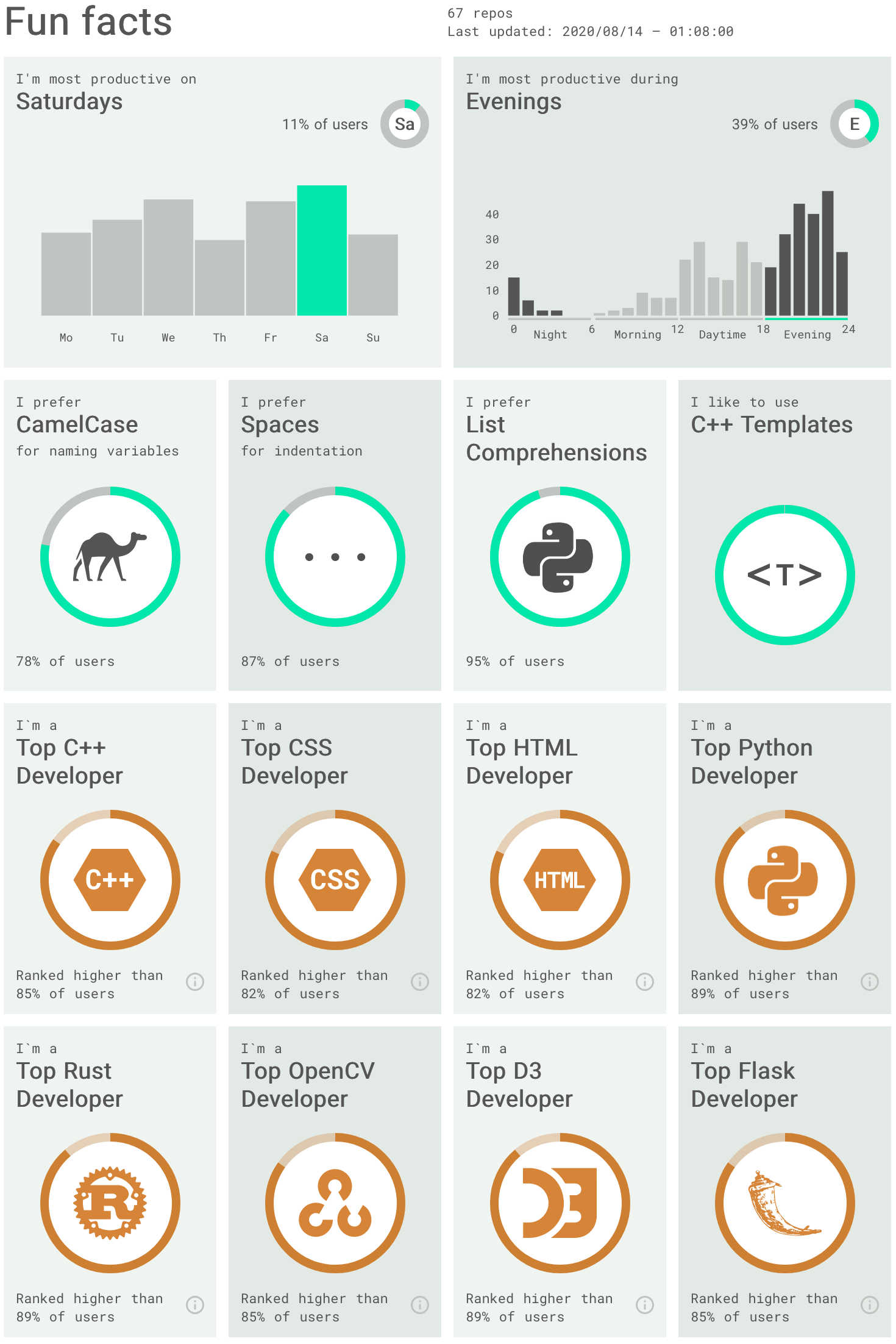 ONE of the following is a lie:

52 contributions in the last year