DF-SHOW (Directory File Show) is a Unix-like rewrite of some of the applications from Larry Kroeker's DF-EDIT (Directory File Editor) for MS-DOS and PC-DOS systems, based on the Version 2.3d release from 1986.

The show application lets users view the names of files and directories on a disk with information about the files. Files can be copied, moved, viewed, and edited (in your system's default editor). The application is run using the show command. The output is similar to the ls command. A file view is also included which can be invoked using the sf command.

Releases of DF-SHOW are available in the AUR

Run the following to install DF-SHOW from the offical PPA

Packages are available from the Fedora Copr build service:

If you’re using a version of Linux with dnf:

you need to have dnf-plugins-core installed

If you have older distribution:

you need to have yum-plugin-copr installed

Versions of DF-SHOW for macOS are provided via Homebrew. Homebrew is available for macOS versions 10.6 (Snow Leopard) and above. Any version of macOS supporting Homebrew can be used to install DF-SHOW.

Please visit the Homebrew homepage for instructions for installing Homebrew on your Mac.

To install DF-SHOW via Homebrew, run the following in your terminal:

On some BSD systems, you may need to pass extra parameters to configure and build DF-SHOW:

The show directory utility is invoked with the following command:

The <directory_name> parameter can by any directory the current user has access to on the system, similar to the ls command. Using / will take the user to the root directory of the system.

If the show directory utility is invoked without specifing a directory, then the current directory is displayed.

The show file utility is invoked with the following command:

The <file> parameter can be any file the current user has access to on the system. If the show file utility is invoked without specifing a file, then the user is prompted to load a file within the application.

To support this project, you can make a donation to its current maintainer: 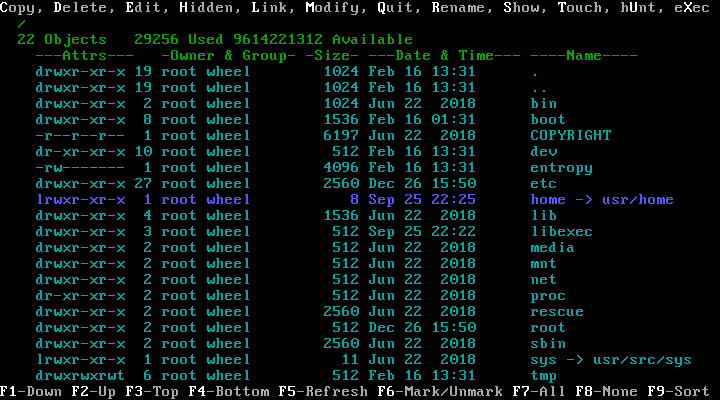 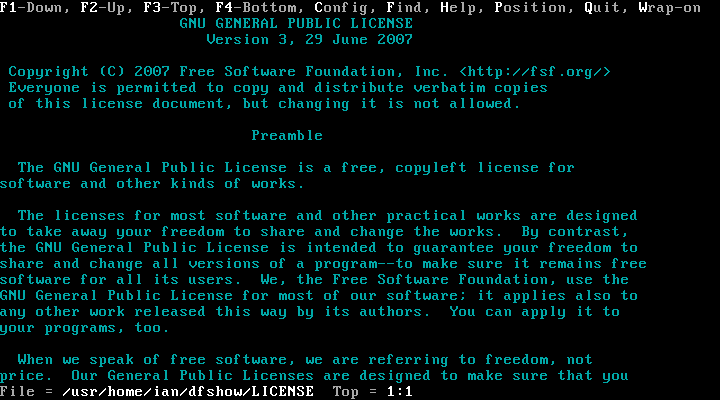 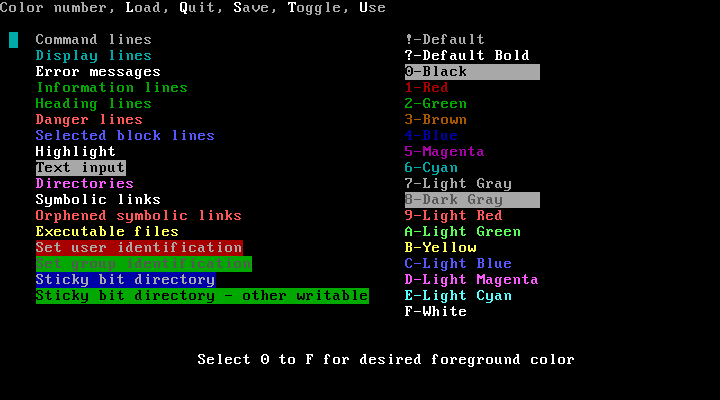