Enables 256 color ANSI coloring in the terminal and gives you the ability to alias colors to more semantic and application-specfic names.

It's available via Hex: 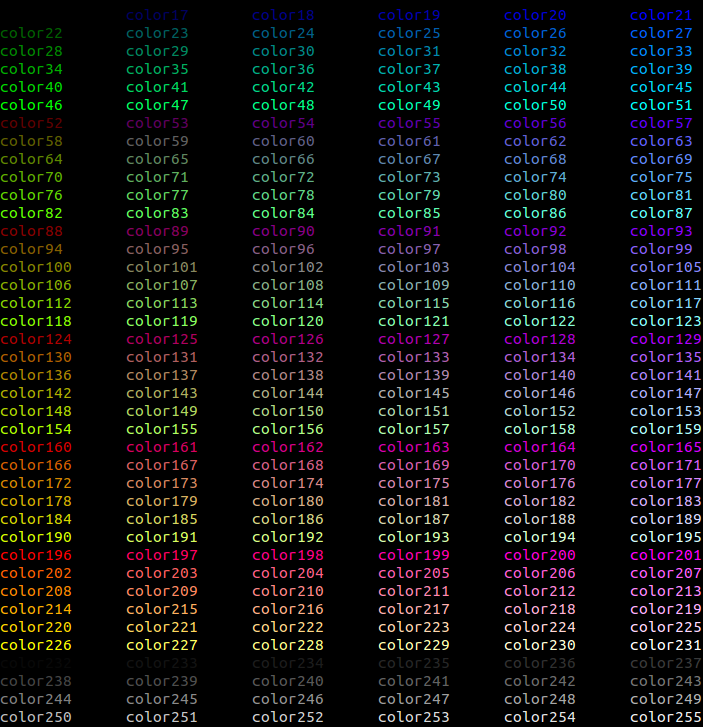 IO.ANSI provides an interface to write text to the terminal in eight different colors like this:

This will put the word "world!" in bright red.

To cause as little friction as possible, the interface of Bunt.ANSI is 100% adapted from IO.ANSI.

We can use Bunt in the same way:

which puts a bright orange-red "world!" on the screen.

Bunt also provides a shortcut so we can skip the format call.

and since nobody can remember that :color202 is basically :orangered, you can use :orangered directly.

The following colors were given names, so you can use them in style:

Replace :gold with any of these values:

You can see all supported colors by cloning the repo and running:

But since all these colors are hard to remember, you can alias them in your config.exs:

Then you can use these keys instead of the standard colors in your code:

Use this to give your colors semantics. They get easier to change later that way. (A colleague of mine shouted "It's CSS for console applications!" when he saw this and although that is ... well, not true, I really like the sentiment! )

Bunt is released under the MIT License. See the LICENSE file for further details.

"Elixir" and the Elixir logo are copyright (c) 2012 Plataformatec.