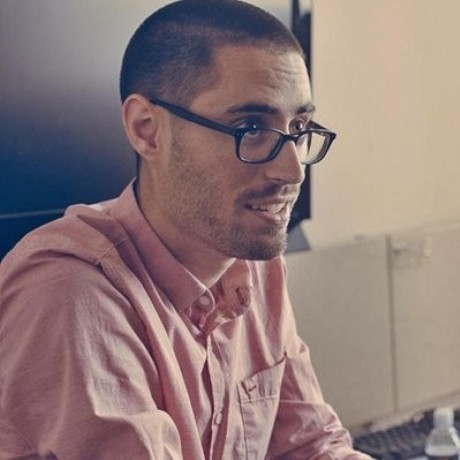 CEO at X-Team, remote-first since 2006, providing the world's leading brands with high-performing, on-demand teams of developers from 50+ countries.

Husband to the World's Greatest Wife

I oversee operations, strategy and vision @ X-Team, one of the leading international Teams as a Service companies that works with major brands like FOX, Twitter, Riot Games, Coinbase, Beachbody, and many more.

Today, you'll most often find me deep in the X-Team community, pumping as much positive energy as I can into it. I'm also "that guy in X-Team's YouTube videos."

Crafted the X-Team brand and culture, leading X-Team to become the most energizing community for developers.

Envisioned the 'teams as a service' business model that allowed X-Team to now help the world's leading brands scale their engineering teams quickly.

Led X-Team to grow by 2500% and become the #1 remote company in the world according to GlobalCareer, and the highest-rated company for developers on Glassdoor.

The X-Summit 2019: This event really felt like the culmination of my career. It tapped into every one of the skills I'd developed over the years: writing, speaking, community, game design, marketing, art/design, branding, dev, and creating a special sense of magic in everything I do. And to have it hosted in a castle in the countryside in Poland, ending with the most epic fireworks display I'd ever witnessed (which had a 50% of not happening due to weather), I have never stood more tall and fulfilled knowing we were able to bring together the X-Team community for such a special weekend together.

RunningRemote: How to energize remote teams

Pioneered the online marketing space for the casinos & gaming category back when social media was considered a 'fad'. Spoke at several conferences

Helped lead the online journalism movement in the early '2000s with interactive media and new sales solutions to drive revenue, both at the award-winning Cal Poly Mustang Daily and later at the San Diego Union Tribune.

• Above all, the most important thing I bring to work every day is empathy. As a remote worker, it's the #1 tool we have to ensure success. We may not be able to see each other, but if we work hard enough to build empathy for one another, we can keep moving forward together.

• I believe in empowering others to help them learn, fail and grow on their own. Micromanagement is inefficient, so I prefer to lead teams of highly independent, self-motivated people. The only time I will step in and get deeply involved is the rare times when it's something incredibly important to the X-Team brand. Even in these scenarios, however, I'll do whatever I can to document how I go about it so that it can be a mentoring opportunity that others can learn from.

• 'Execute first, apologize later', although controversial to some, is how I tell my teams to operate. There is a short list of things that can go terribly wrong from keeping things moving forward, which is incredibly important in a remote team. If you're concerned though about something, feel free to get a gut check from me first.

• Remote-first/async is to me the only way to work as a global team. A meeting is something that should be a natural escalation after exhausting all other communication methods on a topic.

• I communicate proactively as an async communicator, meaning my messages are sent in a way that assumes your responses and includes follow-ups within it so we don't waste time going back and forth.

• I context switch several times throughout the day since I oversee so many different angles of a business as a CEO, meaning I may forget things from time-to-time, so providing context with any decision-related questions is super helpful :)

• Speaking of :), I use a LOT of emojis. My goal is to ensure my messages aren't ever miscommunicated and that you always understand the tone I'm speaking in. If I'm ever not using emojis during a conversation, it means we know each other very well already and you can always assume that my words are coming to you with positive intentions and to help support you.

• 'Love the process' is a poster I've long wanted to put up in my office :) Every time I have to tackle creative work, it's absolutely grueling for me. But when I remember that it's all about the process, I push through and always come back with something I never knew I could do.

• I do my best in giving constructive feedback, key to that is putting empathy first and recognizing context. If an idea isn't a good fit for the company's direction, I'll be clear as to why, and oftentimes I simply have years of more context than the person with the idea, so I take the time to explain every decision we've made or why something might not fit into where we're headed next.

• My Slack can get overwhelming so I'm guilty of letting messages sit for a few days before I reply. The proper thing to do is respond to everyone and acknowledge their message and give an expectation for a reply, and this is something I continue to improve upon. If you don't hear from me within 24 hours, I have no problem with you sending a ping!

• Above all, my goal is to support you with whatever you need to help drive the company/community forward. If you deliver a short proposal, I know you've put thought into it and will be able to help you faster. If you are still working through an idea, unless the idea is groundbreaking, it's best to focus on writing it out first and challenging your thoughts first before bringing it up.

25 contributions in the last year