A Spelunky-style game for MSX1, created for the MSXDev'17 competition 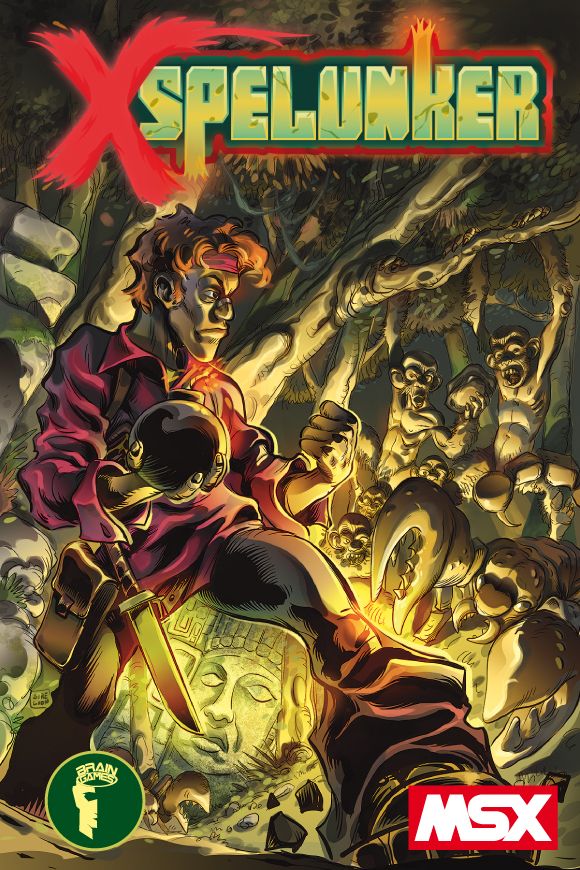 You can buy a physical copy of the game via (Thanks to STAR from matra.net!): http://www.matranet.net/boutique/msx/card/xspelunker/xspelunker.php

You will need an MSX emulator to play the game on a PC, for example OpenMSX: http://openmsx.org

Or you can play directly on your browser thanks to Arnaud De Klerk (TFH)!: http://www.file-hunter.com/MSX/XSpelunker.html

XSpelunker waS heavily inspired by Spelunky (http://www.spelunkyworld.com), which is simply genious, and also by other classic games such as Livingstone Supongo (https://es.wikipedia.org/wiki/Livingstone_supongo). Of course, XSpelunker, being an 8bit version running on MSX1 hardware, it is a much more limited game than Spelunky, but I've tried to keep the core mechanics of the original game while making it significantly different, in order to create a different game experience.

Being a game inspired by Spelunky, the game levels are procedurally generated. So, each time you play, you will have to face different challenges, and might encounter different subsets of equipment. Make sure you collect as much equipment as you can in order to face the later stages of the game where difficulty grows rapidly, and you might need to use larger amounts of items to complete the levels. 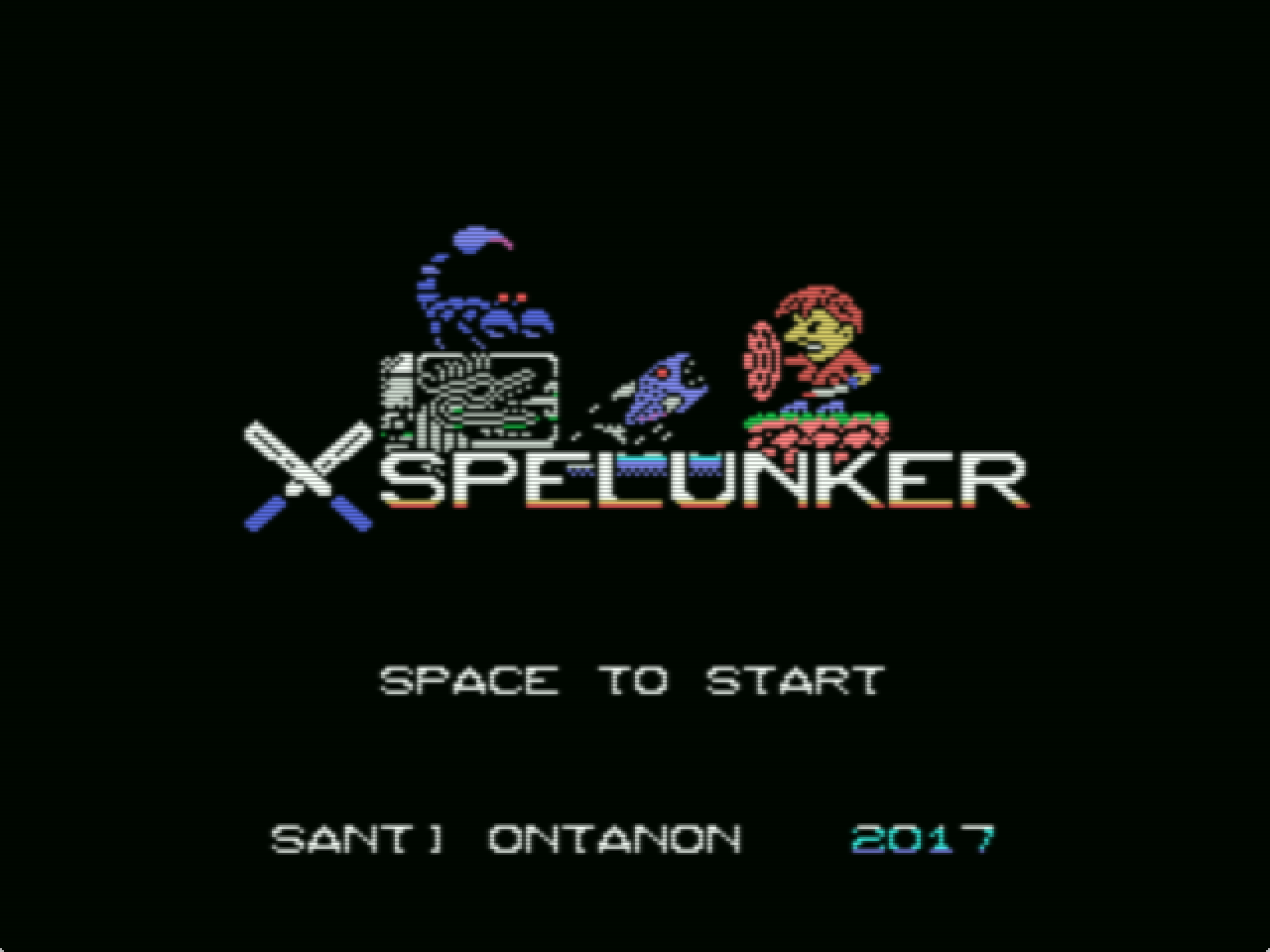 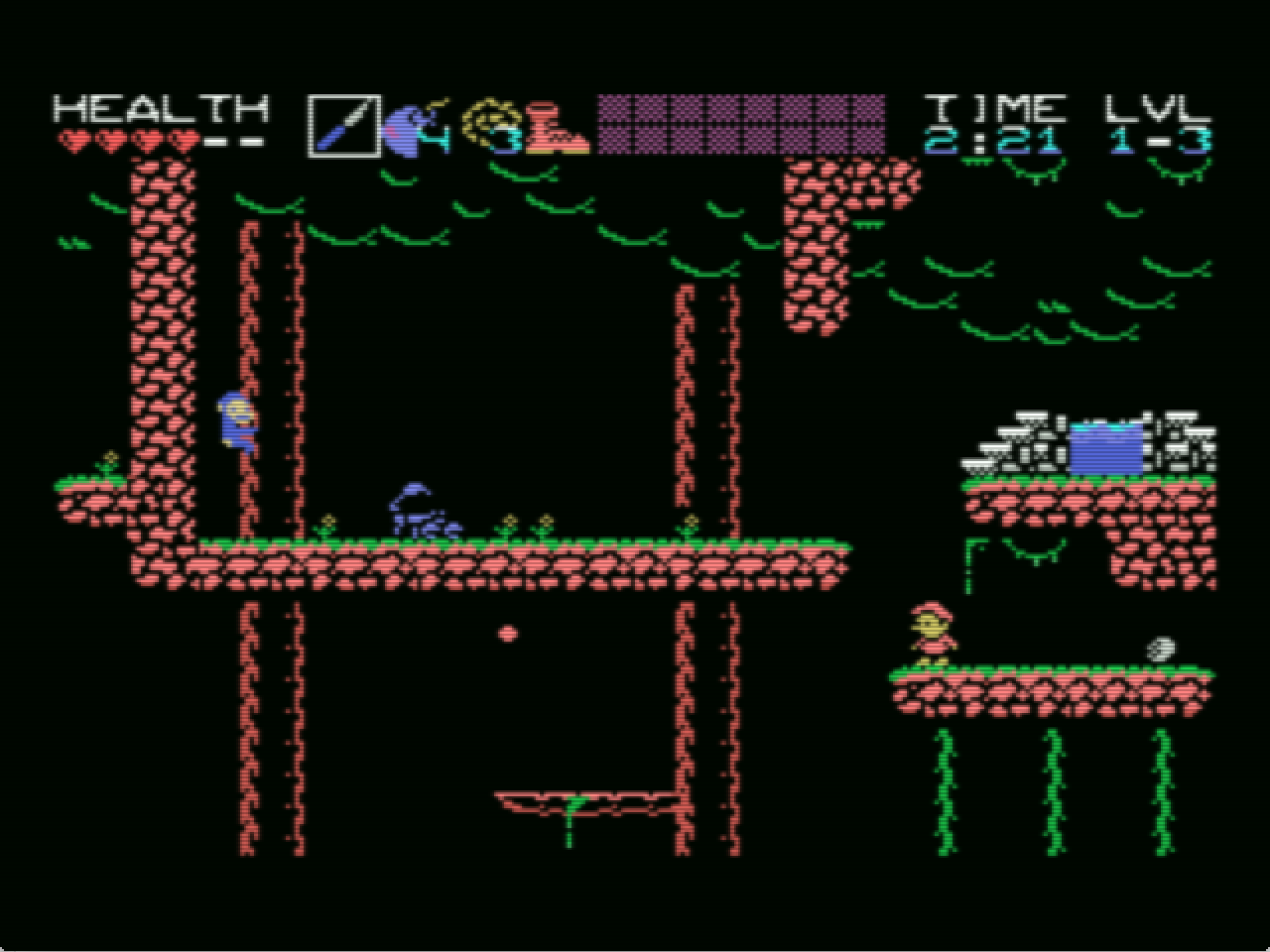 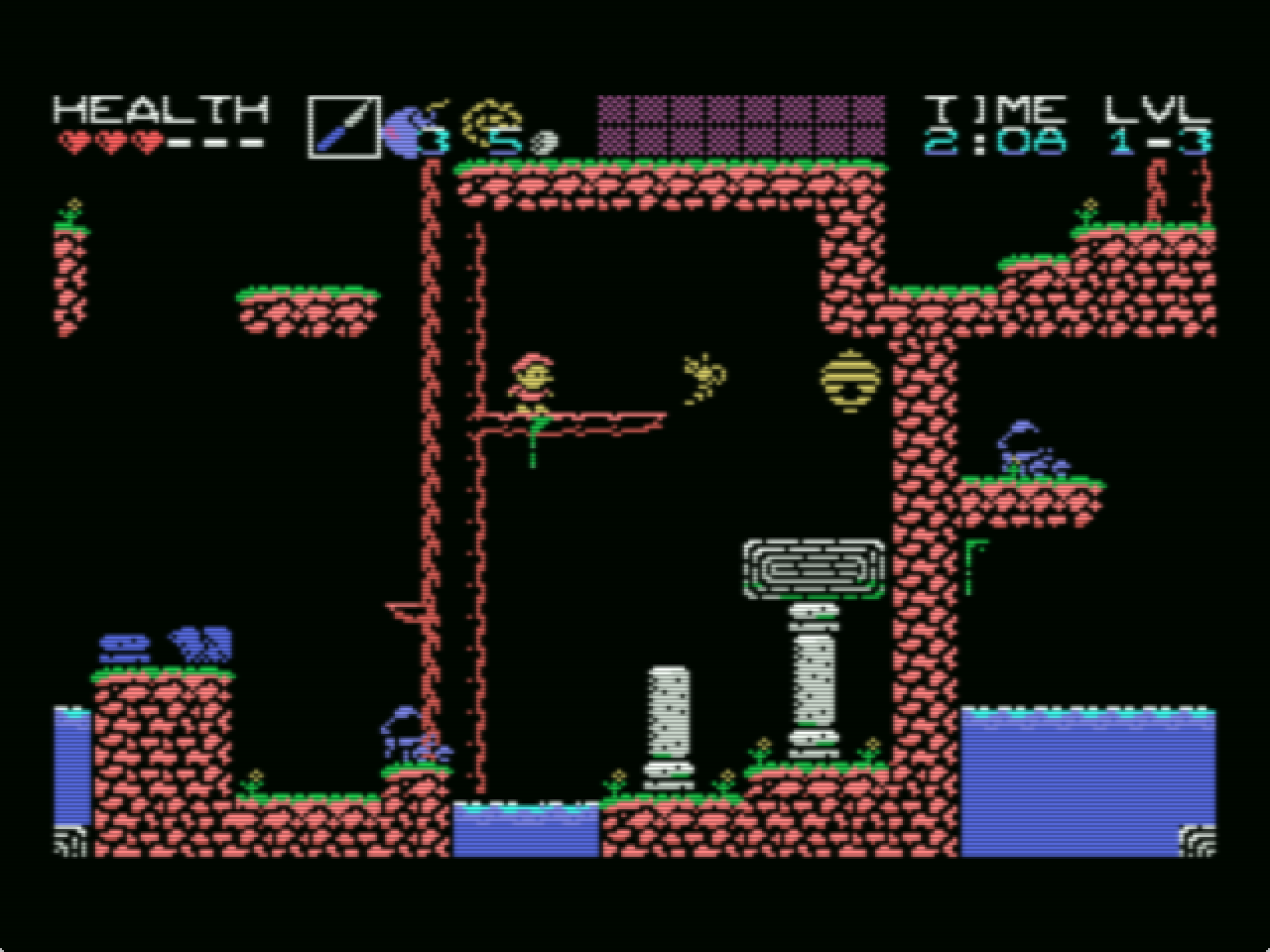 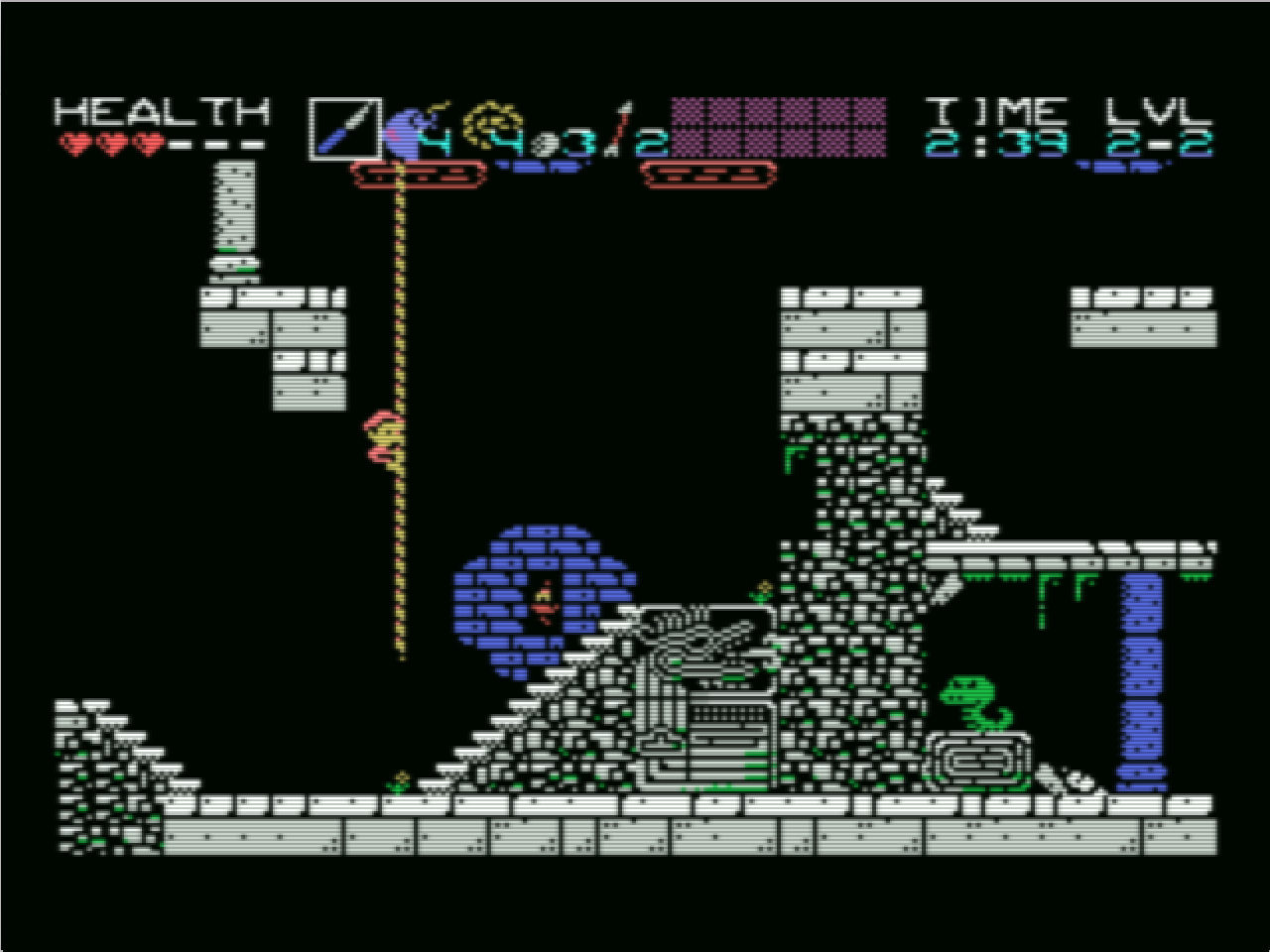 You can see a video of the game at: https://www.youtube.com/watch?v=OaTt0T8O0N0

In XSpelunker you play the role of Michael S. Xavier, an explorer who adventures into the Maya territory in Yucatan to investigate some mysterious Mayan ruins. Along the way, our hero will have to overcome countless traps, beasts and other enemies that will try to put an early end to his expedition.

The following image show the basic elements of the game screen: 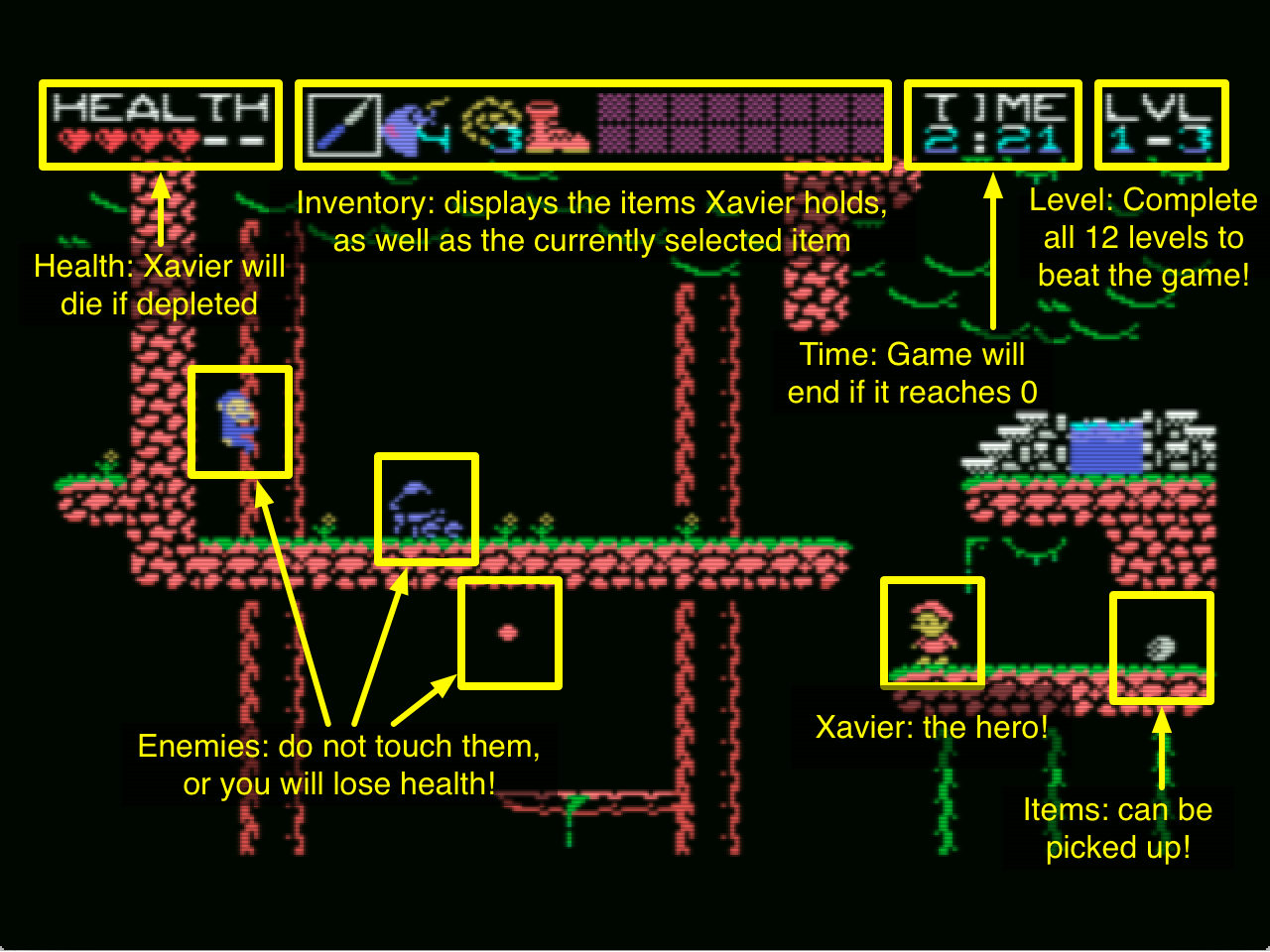 In the title screen:

In the configuration screen:

Each time you start a new level, it will have to be generated. Wait until the "WAIT..." message disappears, and then you can press space/trigger A to start playing.

The game was designed to be played on MSX1 computers with at least 16KB of RAM. I used the Philips VG8020 as the reference machine (since that's the MSX I owned as a kid), but I've tested it in some other machines using OpenMSX v0.14. If you detect an incompatibility, please let me know!

Some notes and useful links I used when coding XSpelunker

A Spelunky-style game for MSX1, created for the MSXDev'17 competition