6502 8-bit CPU and 6850 ACIA emulator for the STM32F103 blue pill microcontroller boards and similar. Turn your modern micro into a retrocomputing processor.

To build, run make, to install, flash src/pill_6502.bin to the blue pill. Prebuilt binaries are available from CircleCI. Connect the board to your computer using USB, this will reset the CPU and a virtual serial port should appear (e.g., /dev/cu.usbmodem6502), connect using GNU Screen, and you should see the output from the emulated ACIA communication interface chip. Type to send to the ACIA. 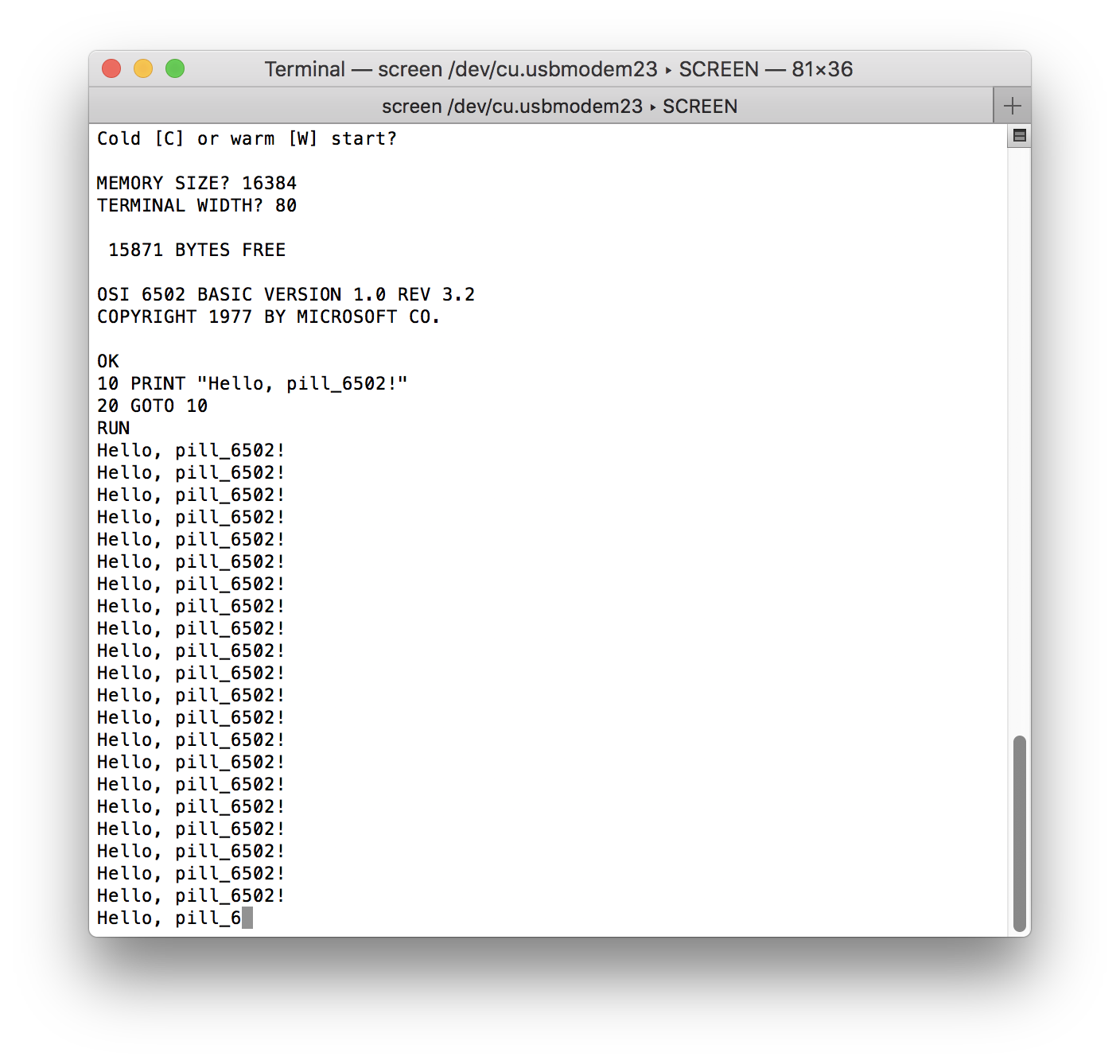 Special commands built-in, not passed to the ACIA and 6502:

Intended to be somewhat compatible with Grant Searle's Simple6502, and includes the Microsoft OSI BASIC ROM by default (C) Microsoft 1977. Other ROMs can be loaded by replacing ROM.HEX and rebuilding. Memory map:

Thanks to Mike Chambers for the fake6502 processor emulation core.