INDI Driver for USB focuser based on Pololu Tic controller.

This project was initially a fork of TicFocuser driver written by Helge Kutzop and published on GitHub as it seemed that the author is not maintaining it anymore. However, the refactoring of code was such deep, that I'm not sure if a single line of the original code stayed in this version. Helge was basing his version on Radek Kaczorek's "astroberry-diy" drivers published on GitHub. As said I'm quite certain that all old code was rewritten, nevertheless to respect both authors I kept their names in AUTHORS file.

You may wonder why we have created another focuser as there are many already available on the market. Here are my reasons for it:

Pololu Tic controller fulfills all these needs. It is relatively cheap, small and among others, it supports USB (no need for GPIOs or extra Arduino).

This is a driver for a great framework: INDI. INDI together with KStars is opensource, works natively on Linux and MacOS, and can fully control astrophotography sessions. I was using it on RaspberryPi 3B+ and later on, I switched to much more powerful Intel NUC mini-pc.

The driver can utilize various connection interfaces to communicate with Pololu Tic controller. Some connections require particular libraries to be installed in your machine, CMake script will automatically detect these dependencies and enable only these connections, which can be compiled.

There are two separate libraries used to manage Tic protocol. These are Pololu Tic USB C library and Pololu Tic Arduino library. Both libraries are developed by Pololu, but apparently they doesn't share the code. The first one can be used only for USB connection. The second one is more generic and can utilize serial connections. However, it is developed for Arduino and was probably not meant to be compiled on Linux. I have ported it to Linux and extended for Bluetooth and USB (it can also be extended to I2C, but so far there was no such a request from the community).

Please note that you need these libraries for compilation, so on most Linux distributions you'll need *-dev versions of these.

In general, you should use released version instead of git bleeding-edge work. The latest release was v0.9.

To automatically create Arch package you can use AUR package created by myself available here.

If you haven't done so, execute ticgui and properly configure Tic controller. For various reasons, motor parameters are not controlled by TicFocuser driver. 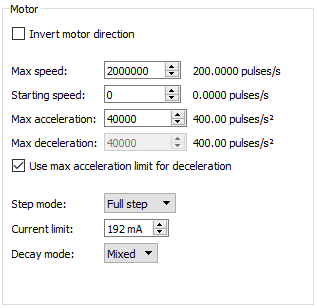 You can read more about setting up proper motor parameters in chapter 4.3 of Pololu Tic documentation. In my setup I'm using current limit much lower than the rate of my motor because not much force is needed for my focuser, I save power and what's most important vibrations caused by the motor are marginalized.

Add Tic Focuser NG to INDI profile in KStars and you are good to go.

What will you need 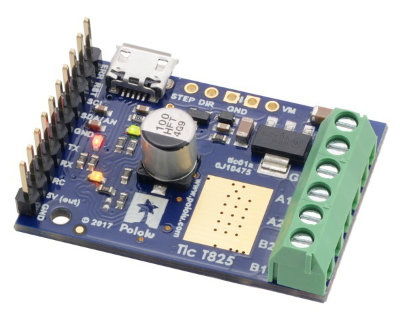 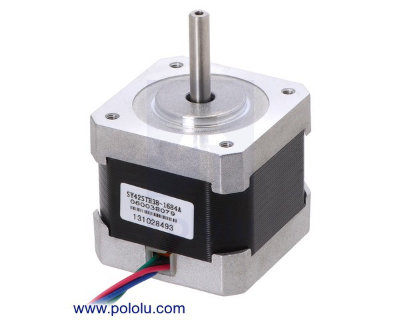 As I don't relly need much of torque recently I have also bought a much thinner NEMA-17 motor. Model name is 17Hs08-1004S. 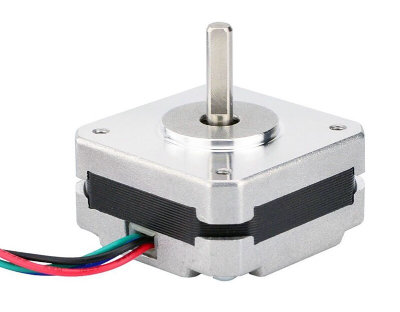 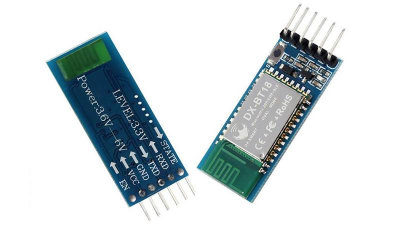 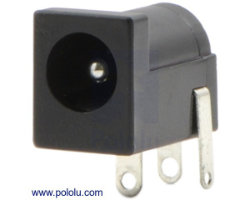 Focuser doesn't require a high bitrate, and Bluetooth is built into PC (Intel NUC) which I'm using. Also, RaspberryPi has it onboard. So I thought that getting rid of one cable is worth the effort.

Most of the BT modules supporting SPP profile should basically work. However, HC-06 is probably the most popular one. What you need to pay attention for is that UART on Pololu Tic is 5V logic. What's more, Pololu in the documentation is stating:

The main concern I had was if 3.3V (5V tolerant) module will actually be able to communicate directly with Tic, what exactly "typically work anyway" mean. I have checked the specification of Pic (SoC used on Tic Controller), and it is clear there that 4V is the minimum voltage for high level. Nonetheless, Pololu also specifies that TX/RX are pulled up.

The Tic’s RX pin is an input, and its TX pin is an output. Each pin has an integrated 100 kΩ resistor pulling it up to 5 V and a 220 Ω or 470 Ω series resistor protecting it from short circuits.

So my assumption was that Pololu could not clearly state 3.3V tolerant, as Pic doesn't tolerate it. However, pulled up pin should do the job. I was apparently right because the module I have is able to communicate with Tic Controller.

HC-05 and HC-06 are probably the most popular Bluetooth 2.0 to SPP modules. I, however, went for a different one, DX-BT18. It looked very solid, had FCC certification (and English documentation available on FCC site), it supports dual-mode (maybe in the future I add BLE connection) and was extreamly cheap ($2.10 on Aliexpress). Of course, you need the one with base-board as it has LDO from 6V to 3.3V.

NOTE: this is a version of the hardware without Bluetooth module. I'll publish an updated version when I finish it. 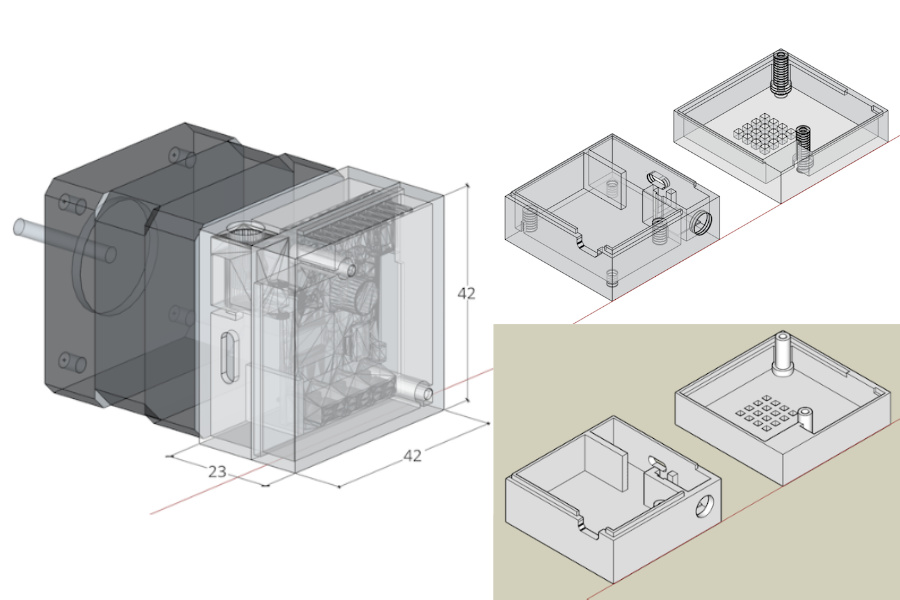 Case after printout mounted on the motor: 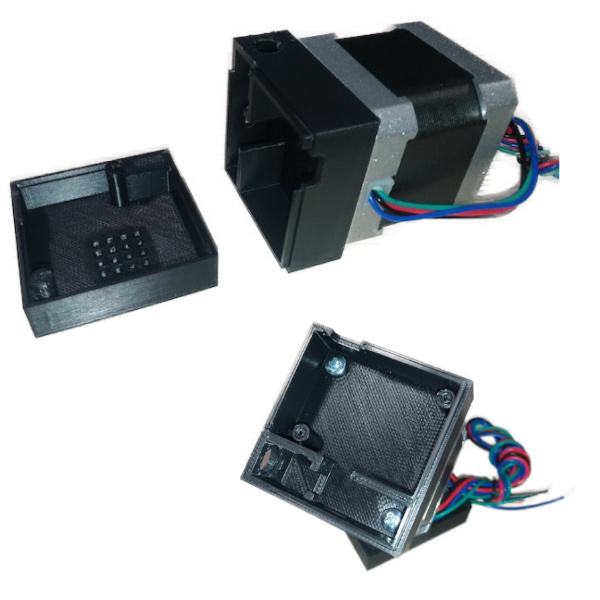 With all elements inside: 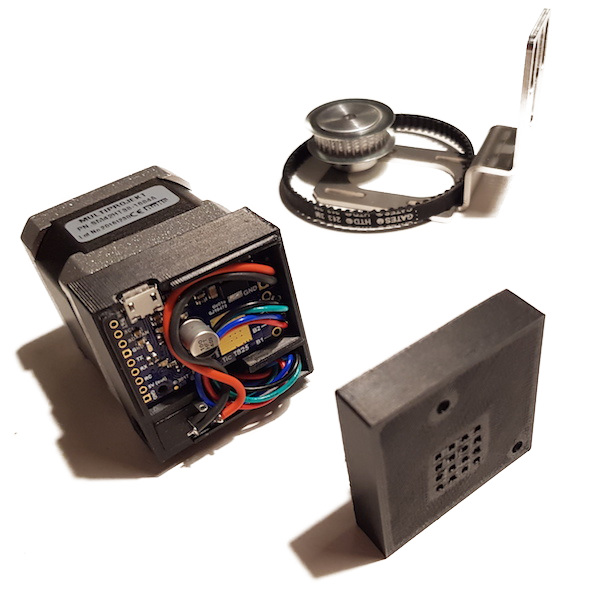 And fully assembled and mounted on the tube: 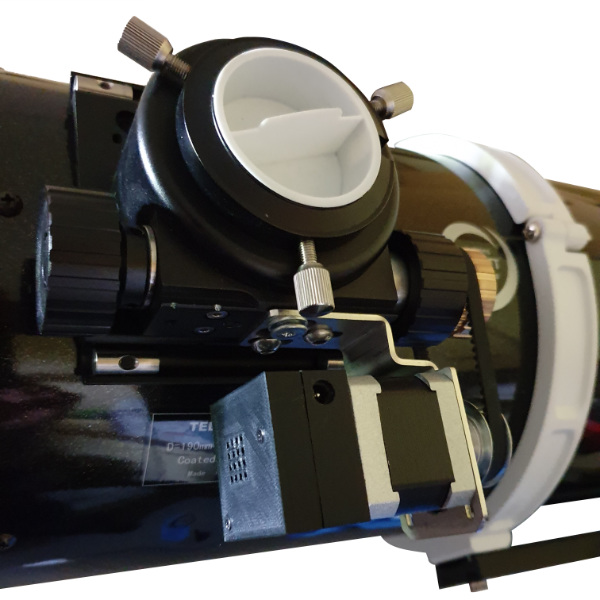 A project of the case is attached as STL file for 3D printer.

This software is working fine for me on Arch Linux with INDI v1.7.9 on x86 and Tic T825. I haven't tested it on RaspberryPi as I switched from this platform. This software is not changing any electrical parameters of Tic controller configuration. However, each software has bugs. I don't take any responsibility for it and you are using it at your own risk.