I control my 2 small aquariums (one 40 gal fresh, one 15 gal nano reef) with a combination of Home Assistant (which also takes care of my apartment) and Reef-pi.

I wanted the tanks to mirror specific locations as much as possible. For example, I’m querying various sites to get daily water temp, tide, and weather data.

Through automations on the reef tank:

The freshwater tank is setup in a similar way, but targeted to a spot in the Amazon River instead. Amazon water temp data is hard to find so I had to go with monthly averages in a text file, but the rest is the same.

You can read about the hardware details of the Reef-pi controller on Thingiverse, with the enclosure files

Improvement has become a never-ending project but I think it’s pretty cool so I wanted to share. Will update this repository as I can.

Some other resources for aquarium control: 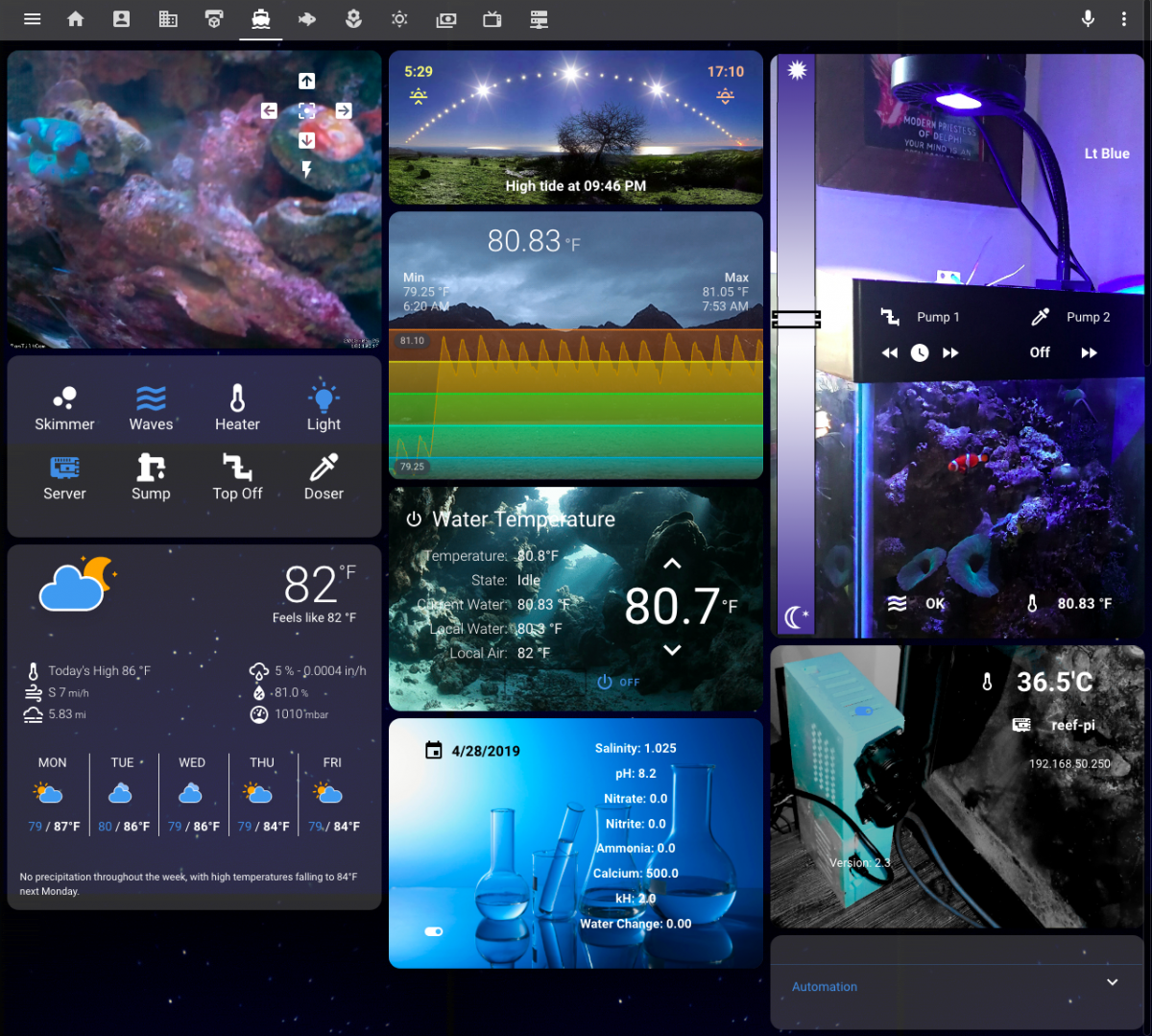 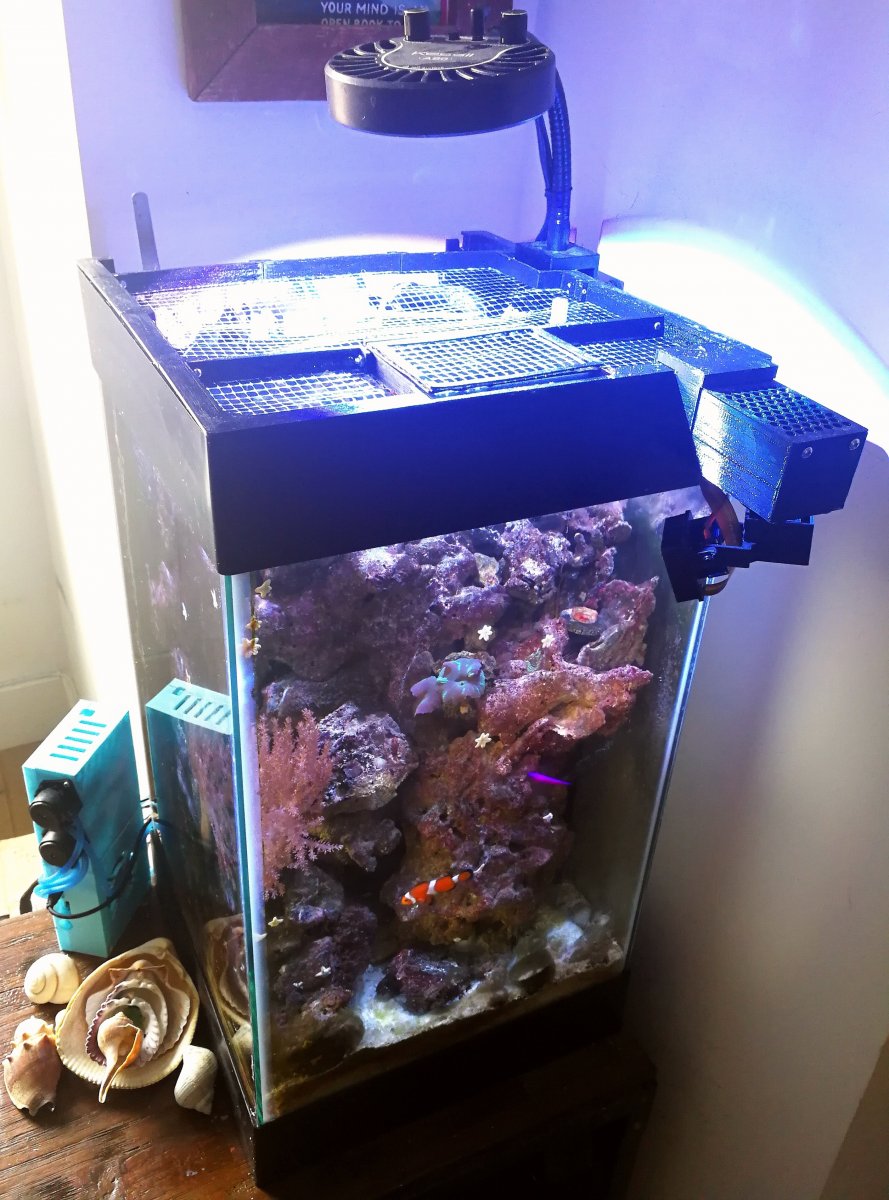 The reef-pi build has been chugging along pretty effortlessly since the last posts, and I've added an orchid dottyback, some inverts and frags. Here's some pics of the full setup.

I also added a pan-tilt camera with a raspberry pi running motioneyeos, that's the black box hanging off the top right corner in the pics. You can find more about motioneyesos here, and find my action button scripts here. I'm not super thrilled with the lag on the image refresh, but not sure if there are a lot of better options.

One glitch I did find about running reef-pi (or any pi) in this environment, is that the magnets that so often are securing pumps, etc. in the right place through the glass are wreaking havoc on the wifi connection. I installed a shelf on the back so I could hide the reef-pi box out of the way but whenever I put it there I couldn't connect to it (it was still running as a standalone controller, but the broadcast to web UI was very weak). I'm working on getting a wired cat6 connection to that corner so I can tuck it all out of sight and still have a solid connection.