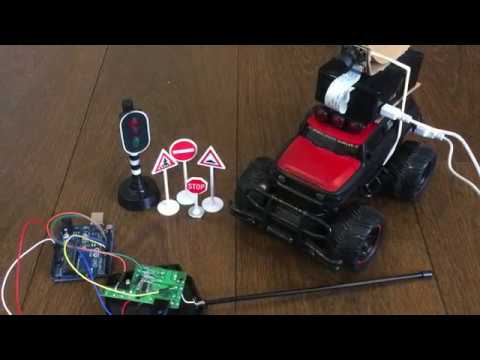 A scaled down version of self-driving system using Neural Networks and OpenCV. The system comprises of -

Thanks alot to @hamuchiwa for the inspiration.