Our fork of Simple

A teaching application built on Simple, a clone of Obtvse. Wired for teaching by gerbal and eah13.

The License is NSFW but there is no doubt that you can do whatever you want to with this code.

Help students deploy a web app in under an hour

This repo is designed to be the simplest introduction to web programming around. The goal is to get students with basic Python knowledge up and deployed in under an hour. Then, it's up to you as the instructor to explain what's happened :)

(You can deploy an instance of this app and paste these instructions into the first post if you like. They might need a little cleanup since they were first written for my UNC class)

To host our site so other can see it we are going to use Heroku, a really cool Platform as a Service that lets us test and host all kinds of web apps for free.

A free account is more than good enough for our purposes. 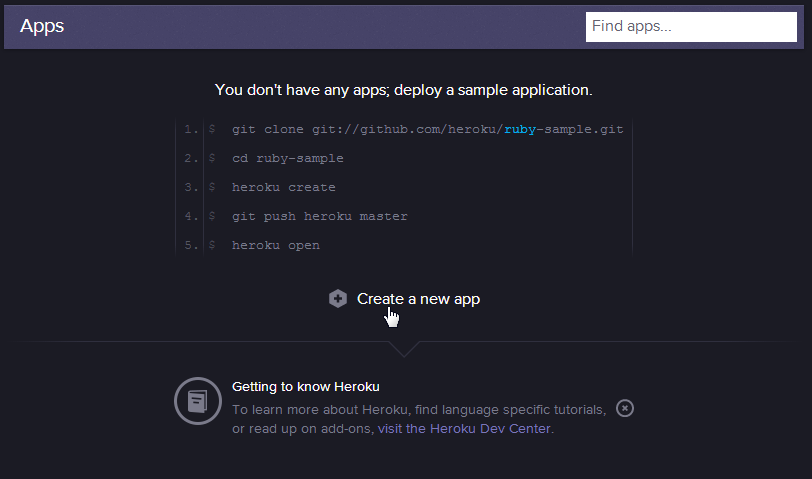 Name it something you can remember, preferably SILSHACK-GITHUBNAME

To getting the blog up and running. In the Nitrous terminal (or the Nitrous IDE console):

This has created a new file, which we'll need to commit. Heroku can't see anything unless it's committed.

Here's an Asciicast of this on a demo Nitrous box:

Simple and a Database on Heroku

Now we want to get our Simple site up on Heroku.

Back in Nitrous.io, in your simplehack/ directory do the following
Don't copy and paste these commands, because you'll have to customize some of them.

Next we need to create a Database for our site. We can do this by running the following commands:

Now we need to tell Simple that the database we just made exists. We can do this running a script included in SimpleHack

Now go to http://appname.herokuapp.com and see your working blog in action.

Here's and Asciicast of this section:

An earlier version of the script was broken. If you're having trouble, do this:

To get the most recent script, run

Then, run the script a second time:

This has modified some stuff, which we'll need to commit and push.

Thanks to Katie for noticing the lack of commits at the end.

If the above doesn't work for you (it has for many), delete both your simplehack folder and your Heroku app and start over from scratch. The videos above should help.

Now, it's up to you. Go look at simple.py. That is the entire application running your blog. Break it, experiment with it, do something completely different.

You can log in as an admin and make posts by going to http://your-app-url.com/admin and typing in the user name and password you specified. The default is 'admin' and 'password'.

Here's a video demonstrating that: http://recordit.co/rcmhNB 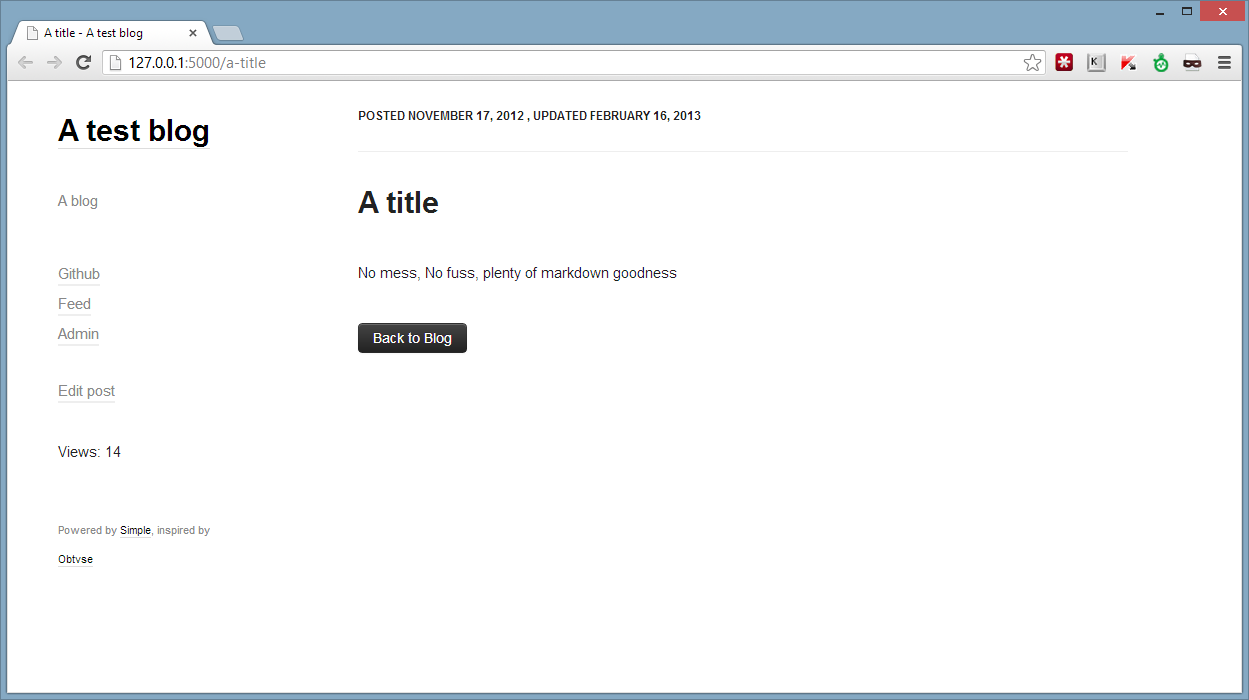 Our fork of Simple